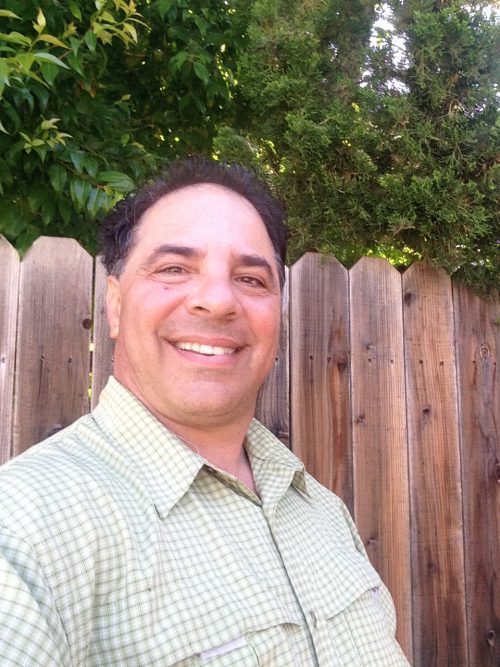 Marc Rios-Klein is a recently temporarily retired licensed clinical social worker who earned his Masters Degree in this field, with an emphasis in Clinical Mental Health from San Diego State University.  After graduation, he worked for five years with children and adolescents with Child Protective Services and in an outpatient mental health setting both under  the County of San Diego.  Marc has spent the last 25 years at Napa State Hospital in Napa, CA supporting and treating adults with serious mental health illnesses and issues.  The last 17 of those years, he worked with adults who unfortunately generally became violent in some fashion which ensued via their distorted thought processes and severe mood swing symptoms of our patient’s respective illnesses.  Marc is currently volunteering time with BC2M and plans to write a book prior to returning to clinical work in the field, hopefully without a long commute!

Why do I blog?
I have elected to blog for many reasons, but the most important one  is for me to have the opportunity to express myself and my concerns regarding the state of mental health at this time in California, and across the nation. I want to share both of my personal and professional knowledge, struggles, and triumphs with regards to both mental illness and mental well-being, shaped and based  from my personal life experiences and my formal education.  I have worked for almost 30 years as a Clinical Social Worker with an emphasis in psychiatric care. I recently finished a 25-year career at a medium-security, inpatient state forensic mental health hospital.  On a personal level, my maternal aunt had a diagnosis of manic depression (now called Bipolar Disorder) and my older brother was diagnosed with having Paranoid Schizophrenia in his teen years.  He sadly passed away at the age of 40, in 1999, from a brain tumor. My work certainly aided in my own personal healing as well as my own personal therapy along the way.  I especially loved being able to assist  family members who were also trying to understand and learn to manage these difficult mental health matters.

I found BC2M….
…on Facebook initially, and then began to research more about Glenn and Jessie Close’s efforts to bring increased national attention to their righteous and long-overdue need in this country to formally address the “giant elephant in the room!”  Mental illness has historically been a misunderstood and quickly judged health issue that effects millions of American families directly.  Their aim was and remains simply, as contained in BC2M’s Mission Statement, “to decrease the stigma and discrimination toward those with a mental illness.”  I saw the video of the two of them in Grand Central Station in NYC with their respective t-shirts on which read, “Sister” and “Bipolar Disorder”  respectively.  I honestly cried.  I wished that my brother had still been alive that we would have worn those shirts along side of them in a hearbeat! Then I attended to the reality that I was working on the treatment end of the spectrum in which prevention frequently did not occur mostly due to system failures, ignorance, and a total lack of education, understanding, and/or compassion.  I really wanted and felt compelled to try and offer myself in some fashion on the proactive, prosocial, preventable, educative end of that same spectrum!!

What Stigma Means to Me:
Stigma, to me, means that an individual or group is being isolated and shunned away from others based on unique differences from what is considered to be the “norm”. It is generally based from everything from miscommunication and misunderstandings to worry, fear, and full-blown paranoia that it will somehow impact them directly, embarrass them, bring them down, and possibly infect others.  Stigma can be exhibited as shame or even hate.

The Way I Find Wellness:
I have a belief that it takes a “personal village” of choices that help foster daily well-being and it is this combination pu-pu platter that sustains me, in general.

2. Avoid Isolation – Seek out friends and family, and forge healthy reciprocal relationships in a give and take fashion. Isolation for creativity is time well-used, but to disconnect and disengage is not.

3. Commune with nature… As often as possible.  I kayak, hike, cycle, ski, and also just sit appreciating the sights, sounds, and smells.

4. Seek and find balance in life over time spent working vs. playing, time spent with others vs. time spent alone in introspection, self-soothing, and rebuilding joyful energy. Tangible imbalances generally lead to emotional and mental imbalance.

If I Had a Magic Wand:
I would eradicate all premature life-threatening and debilitating diseases and cancers, remove the “greed gland” from ALL humans in an effort to end ALL wars, and I would provide everyone with enriched social, psychological, communication, and philosophical skills.

My Pick-Me-Up Song:
“The Wheel” or “Ripple” by the Grateful Dead and “I Have the Touch” by Peter Gabriel

Favorite (Mental Health) Book:
The Road Less Travelled by Dr. Scott Peck and The Greatest Miracle in the World by Og Mandino

If I were a superhero, I would be / have powers to…
I would be Superman without a question or a doubt since no agitated, deranged, angry, uber-greedy warlord or nation’s leader would stand a chance against my strengths in all forms!  I would have the power to hopefully bring and keep a real peace on Earth.  And if something were to go a bit awry, I could fly super fast around the globe backward and reverse time to correct the error.

Words to Live By:
A few originals:

The choice of how we carry ourselves is always ours to make, at every interaction, each and every day.

And when things get a little rough – “Like a bad gas bubble, this too shall pass!”