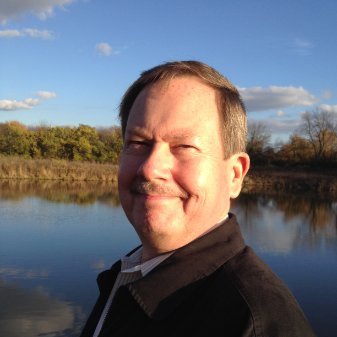 How do you view your life and the life of those around you? This includes family, friends, neighbors and the people you pass on the street every day. Is your life better or worse than others are? Perhaps you don’t really care about others and the status of their lives and that’s fine. But whether you realize it or not people do “size” each other up. If we look close we can see more things that make us more alike than different. We all started as infants with a parent or guardian to teach us what we needed to know as we grew. That is what makes up the similarity of humans, but the way our teaching occurred will probably be where the differences start.

From infancy we are taught what is “good” and “bad” but as we develop and grow, we sometimes learn that our teachings may not always be accurate. Our parents taught us what THEY believed to be correct. If you don’t personally like spinach, it will be tough to teach someone that spinach is a good thing. But learning about the factors of life is much more complicated than spinach.

This brings out the radical in us, when we realize something that has been labeled bad for so many years may not in fact be so bad. We live today as we were taught to, that is life. The baby boomer generation to me (I’m in that group too) has so many obstacles that are needed to overcome. This is NOT saying anything negative about our parents; they were doing what they knew as they knew it. Our parents’ generation was so much different (not bad) than todays. Simpler is probably not the correct adjective as it was not simple, but things were thought of in a different fashion. The one that I would like to focus on is the role of communication between people as it was then and now. I will only speak of my own perception of my family, but I think there will be a lot of people that will see striking similarities between my upbringing and theirs. Maybe we will learn something about ourselves that we didn’t know before and if it was something troublesome, then that much better for us.

In my household growing up, I have come to realize that there were more things not discussed than were ever talked about. Most of these topics left out of conversations would be the basics of our lives. Items like how I REALLY felt about something, problems from a parent’s childhood that were left unspoken, the ability to sit down and talk about something that was a TABOO item.

That did not have to always mean sex, but more so about personal topics like feelings, love and to be simply able to openly discuss ANYTHING freely to each other. As many conversations I shared with my parents, I cannot recall a single one that was in depth enough to ever change anything. Very superficial I would say, but that was the way it was and life went on.

Another factor that I realized had a very negative effect on me as I grew up was the fact that I was completely sheltered by my mother. She was extremely over protective of me and that cost me dearly as I grew. At age 20-30-40 and up I simply was not my mother’s “little baby” and that was never accepted totally. Her shadow covered me well into adulthood and caused me to mentally stunt my growth. Despite what is being said, I do not want to paint a picture that my parents were anything but loving and caring. I loved them dearly, but personal factors within their lives that were rarely discussed openly, affected them as well as me.

My life was being controlled by Depression and OCD (Obsessive Compulsive Disorder) and that condition went undiagnosed until around 40 years old. Early childhood memories are vague, of course, but I do remember some symptoms appearing before my teens. It is so strange to realize that I know firsthand what these diseases can do to alter a life, but it’s true. Where this ever came from is again another mystery, although the probable suggestion is it came either through heredity or by means of upbringing. It’s irrelevant where this condition came from, although the idea of heredity does frighten me. The reason that it went so long without treatment is the one fact that will always make me angry, both with parents and me. The defense, for both parties, is that there was nothing ever discussed about these conditions and nobody recognized or knew it was present. No one’s fault for not recognizing something we knew anything about. I’m not sure if fortunate is the right word to use here, but my meltdown did occur (fortunately) and it was realized that I was in desperate need of professional help.

Recovery and the healing process had begun, this will be ongoing. Since that time it seems that I have been able to step back and actually view my life from early on to present with such a different perspective. The events that occurred on the negative side are now viewed as lessons for the future and I’ve learned more about myself then I thought possible.

This also taught me to look back at my parents and growing years, viewing this with a better understanding of why and how different things factored in. You really never do stop learning about life and to a certain degree I’ve only started.

The complete story behind the factors in my parent’s lives will probably never be known. I refer to factors as issues that probably affected the lives of my mom and dad in a negative way. I do know that my father was a heavy drinker, perhaps an alcoholic. He drank, smoked and never took care of himself in a way that most of us will today. In retrospect I think he lived in a rut. Same routine every day, no change. I never recall any father and son talks, but I now know we both had a lot to discuss. Perhaps he did not know how to talk to his son because his father never talked to him. Again the teaching and learning factor comes in. He lived his life with total disregard of his health, but I wonder if he was happy in doing so. If he was, then is that to say he was wrong? I think so, but that is my own opinion and we’re back to the correct teaching of Good and Bad.

My mother was a nervous wreck and my dad gave that term to her. She worried about everything and as was mentioned earlier became very over protective of me. If you can remember that dork in your classroom that came to school with boots on when it was raining, well that was me. I wish I could have said “no” to my mom on occasion. Respectfully of course and with all my love intact, but a simple no might have worked. I want again to reiterate that I don’t endorse “talking back” or any form of disrespect toward anyone. But even at an early age, I think it’s ok to voice your opinion in a way that promotes conversation. The child should not always, if at all, win but putting two separate opinions together and reaching a conclusion is healthy and compared to what I did as a child which was say nothing, is a better alternative. Yes, parents are in charge and if you want your son to wear a sweater on an eighty-degree day, he had better do so. But if he doesn’t want to, talk about it to reach a good conclusion. Sometimes I feel that my mom controlled all that I did in some way. Again, that is how it was but the over protection caused me to grow very slowly mentally.

Once I explored the world on my own it became a very scary place and lacked the experience to do things for myself. But mom was still watching, even though I was going further and further from her sight. Don’t think she ever accepted that and tried to continue to hold but it was getting more difficult.

So why do I claim problems in my parents’ lives? Maybe there were no problems in their own minds, but I still think they lived their lives with things that never were resolved and had they been about to bring some closure, might have had an impact on the things they did and way they felt. At this point we will most likely never know the answer to questions relating to our parents, but this certainly can serve as a valuable lesson to their children. If you are fortunate enough to have a living parent there would be no reason to think they would change anything at this point. Don’t try to, unless it’s something that relates to health or overall wellbeing. Their lives are being lived as they see fit for themselves. Could there be a change? That would certainly depend on their own beliefs and desires. Love them for what they are and do what is needed to fulfill their lives. And don’t ever forget to be thankful for all they gave for you, even though the life they live may not be ideal to you. Whether or not you think of it, there are life experiences that made them the way they are today and how they were before. They were brought up to know good and bad from their parents, just as you taught from them. Have we made adjustments to their teachings? Probably and that is good as you have changed something to bring it up to date in today’s world. One difference now is that we seem to want to talk more openly to each other with the hope of learning and growing from our personal experiences. Sharing, teaching, learning, and practicing is the pattern we follow with adjustments being constantly done throughout the generations, as we continue the cycle over and over again.

There are many forms of communication that people use to express themselves to others. To get ideas or points across I have found writing it down (like here) and talking to others in similar situations to be helpful. This is not the main reason for my presentations existing, but it’s a very human form of communication that brings across thoughts and opinions. It also covers various chapters in life that are both eventful and meaningful. There are frequent references to Depression and Obsessive Compulsive Disorder as well as Dysfunction within the family. In reality this is what I lived through every day. At the time, my feelings were developing and it’s a fair statement that my emotions were being stretched out of bounds and even though some things within my parent’s actions may have been disagreeable to me, I would have not questioned them.

You didn’t question them because they KNEW what was right and wrong. End of story, at least that’s what I thought, never realizing how would I would be effected as I grew older. My hope is to seek out the many similarities that people have regarding each other’s lives and to share those moments with others. Maybe we can all learn something along the way, too. That can have a very positive effect on an individual’s own life and act as the learning tool we sometimes need.