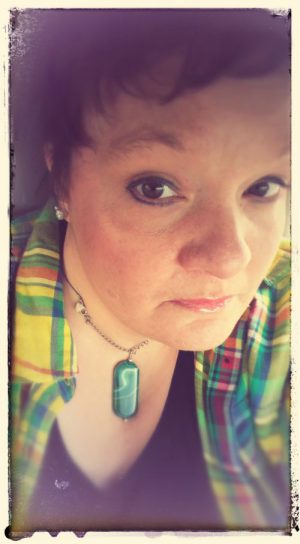 If I had any of the numerous forms of Cancer you would most likely look at me with compassion and empathy. You would possibly offer prayers and often be apologetic for the fight for health of which I was forced to courageously face with support of my loved ones. You may cook meals out of concern or even just offer your company in times of utter loneliness and fear of the unknown.

If I had fallen and broke a bone I would in all probability end up with a cast. This cast the very color of my choice, not only serving the purpose of healing my bone, yet also a much more “glamorous” function offering a small flash of my personality. This simple fiberglass medical device would tell the story of my injury so I would have the ability to simply point directing your attention to this cast when you probed with questions regarding my new injury. I would not have to hide my injury in fear of all the thoughts, and judgements you may have concerning my broken bone. Would you still reserve said judgements if I told you I had schizophrenia, obsessive compulsive disorder, depression, bipolar, or post traumatic stress disorder? Please answer this probing question honestly.  I’m totally guessing, however I am pretty convinced, you would not question “why” I threw myself down the stairs?

If my appendix burst and I needed emergency surgery for the removal of this organ failing my body, I am sure you would never invalidate the truth of my illness or question the surgical recommendation to remove this organ poisoning my entire body. Its quite unlikely you would feel the desire to question my doctor’s medical opinion. I doubt I would be questioned as to what I was or was not doing in the days leading up to this episode as to blame its bursting on me. You would not question the truth of my illness nor would you blame me for an illness or injury I was forced to cope with.  There would be little discussion regarding my ability to change the need for surgery.

Mental illness carries baggage more extensive, damaging, harmful and all encompassing to its host than most of us would like to think about or admit. Then it is the fore mentioned discomfort and embarrassment of those around us which makes said topic so unbelievably important because this beast is continuing to ruin and even end lives. The reality is that several people lost their battle with mental illness at their own hands during the short time it took you to read this article. Warriors fighting mental illness, notice no one identified them as patients or victims, feel overwhelming and disturbing loneliness secondary to their struggles being kept secret. Support, encouragement, or affirmations are not seen as necessary interventions when all your battles are ones of secrecy in order to protect your reputation, privacy, struggle, family or even your job.  Loved ones of those with mental illness are unaware that secrets leads directly to a reinforcing cycle of shame and guilt which then results in further social  attempt to reach out for support because they would then have to explain the gory details in the hope of then receiving help, hoping for help minus disgusted looks and judgements.

There is certainly not a visible wound, broken bone, cast or treatment to point to in the interest of an attempt to assist others in a clearer understanding of depression, other mental illnesses or suicidality. These mental illnesses resemble monsters overtaking the mind, body, heart, soul and spirit of its person. Yes, these illnesses steal forced ownership of the persons’ they attempt to control. Healing these horrifically horrible, overpowering and paralyzing illnesses is baffling beyond belief. Why do the innocent have to live with the incessant torture, intense uncontrollable emotions, stalked by warped thoughts regarding death being the only answer, flashbacks of lifetimes of trauma, coping with voices or visions which people are telling them are not real, anxiety, agitation, rumination, unrelenting fears, too much sleep or not enough sleep, under eating and over eating…….

In the previous examples of MEDICAL problems and associated responses from friends, family, and professionals there is little to no blame and specific helpful treatment offered most likely judgement free. Interestingly those medical patients would be less likely to offer apologies for a bursting organ leaking poison into ones body than one dealing with a deep dark depression which lead to suicidal thoughts to end ones pain. Instead of the simplicity of treating appendicitis with surgical interventions any and all treatments for mental illnesses seem like gambling. A spinning of the wheel to determine what may be tried though truthfully my odds of winning on a slot machine are probably 1000% better. Although the psychiatric field has improved many, many good ole trusted treatments ARE entirely trial and error, along with the almost sadistic 2-4 week wait to see if said trial even helps or makes issues worse. With appendicitis treatment is removal of your appendix. Why is there not an organ, a piece of my brain or nerves, heart or personality one can remove surgically with promise of a cure to my despair, hopelessness, sadness?  Why in 2016 is sadness so complicated to treat?  Why is it no one has developed a successful treatment for or even develop basic understanding of the circumstances leading to one considering suicide as a solution? Does anyone understand judgement, stigma, ignorance, miseducation, fear and frustration all detailed here are major obstacles not only for said treatments, but more importantly lead to warriors dealing with these illnesses to attempt to heal themselves. People fighting mental illness suffer in silence, they attempt to try the frequently mentioned “Pollyanna” treatments of suck it up, think good thoughts, don’t do it, or think of your other options besides suicide. I had a professional tell me take a vacation, as if my sadness, desperation, suicidal thoughts, trauma flashbacks or symptoms would not join me on said vacation. I’m reminded of the saying where ever you go there you are. Would any of you offer these said solutions to the 3 fore mentioned medical patients?  Why, why, why is depression or post traumatic stress disorder different in everyone’s mind from cancer, broken bones or appendicitis?  It is basically a similar disease process yet of the mind, spirit and soul.

While you read this article, if it took you 5 minutes and 20 seconds, EIGHT people took there own lives. Eight people died.  These are statistics from an article on CNN. This report estimates one suicide in the world every 40 seconds, or 800,000 a year.  Do you still feel the same about mental illness and associated treatments?

More importantly will you change the way in which you talk to those battling mental illnesses???? That is where the change will begin……..