Nothing Has Changed But Everything is Different by Davs

Three weeks after my diagnosis of Borderline Personality Disorder (BPD) I sit alone in my studio apartment hovering my finger over my keyboard. My screen set to Google search. I’m hesitant to type, terrified of learning what behaviors I display that are the result of this new, to me, mental illness.

I was diagnosed with bipolar in 1993. I was so young that I never had a grieving period for the person I thought I was pre-illness, I had not yet gotten to the point of defining myself. Throughout the years, I’ve lived my life through the lens of someone who is bipolar. It is not who I am, but a distinctly undeniable part of what makes me me. It never scared me because it was always there.

I struggle with Agoraphobia, I have PTSD, and Generalized Anxiety Disorder. But this (BPD) feels different. All of the mentioned illnesses I’ve acquired were undeniable and obvious when they struck. When I became ill with each new disorder I still knew who I was, I still understood my own triggers, ticks, and quirks. I was still there, sometimes barely recognizable, but I never lost hold of this basic understanding I’ve formed about who I am as a unique, individual person.

Borderline Personality Disorder is not blatantly obvious, if you do not know the hallmarks to look for. It’s a lot like bipolar, not in all the symptoms, but in the stigmas. People generally understand anxiety and rarely fault you for it. PTSD is widely talked about and almost never seen as a personal fail. Agoraphobia, is basically the need to isolate, or fear of public spaces, again, not seen as a personal fail. Borderline though, like bipolar, comes with a lot of assumption and judgment. They are both often misunderstood and treated as a personality flaw.

This new diagnosis makes me feel like I don’t know anymore, who I am. I learned for the first time in over twenty years that there are behaviors I show that are the result of an illness that I know nothing about. I could not stop crying when I got home from seeing my therapist who confirmed what my boyfriend had suspected and even researched for six months prior. He kept saying, in hopes to comfort me “nothing has changed, you’re still the same person you were before the diagnosis” but, what I could not put into words was that, maybe nothing has changed, but everything is different. I may still be the person I was five, ten, even fifteen years ago, but how I think of myself has shifted. I feel upside down, as though the grasp I thought I had, of my own identity, was false. As if I have to relearn what and why I act the way I do, and learn new ways to cope, deal, or curb actions I thought were under my control, or in the very least within my understanding.

I reached out to someone I trust, who in an attempt to comfort me advised that I pay no attention to the new diagnosis. As if ignoring it would somehow make everything ok. I would love to ignore it, but this is not something I can unlearn. Now that it is confirmed, that I have this illness, it is my responsibility to understand it, because how else can I get better or learn to navigate myself if I deny the root of my behaviors? 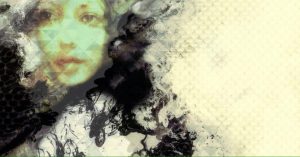 I don’t know. I like to wrap up my writings like a present, you untie the bow, open the box, and have some sort of satisfactory ending like a shiny new toy. But today, it’s like I didn’t have time to buy wrapping paper. So here it is, in a paper bag, the price tag still hanging off the side. I don’t have an easy way to end this post because I am still grieving for a perception of myself that is now gone. Maybe next time I will have had a revelation, good news, a shiny new toy. But for now all I have to give is the truth, and it isn’t pretty.