It’s been six months since my most recent stay at the mental hospital, six months since I started my daily regimen of antipsychotic medications, and six months since I faced down suicide. For all the work that I’d put into managing my illness, death seemed the perfect solution to having to deal with schizophrenia. I’d begun my plan of starvation months before that wintery afternoon, aided by command voices telling me to end my life. I tried to follow their orders, but I’d found a better solution when I chose to pick up the phone and dial a friend.

Every morning for the past few weeks, I struggle to wake up, feeling the pull of the bed, those telltale signs of depression settling in before I even come to consciousness. I hate that, the drug-sleep and reentry. I fight the covers to find myself, but the me I discover is unwilling to face another day. Still, by some miracle, I get out of bed, get dressed, and pop my chems before I sit down to write. I open the windows when my instincts tell me to keep the blinds shut and block out the world. Then the meds kick in and I’m suddenly transported to Meh City where I can only focus on one thing at a time. Better living through chemistry, I suppose, but am I really living in the truest sense of the word? I can’t tell.

Where did I go? What happened to me? One day I was starving myself, giving in fully to my eating disorder as a slow burn path towards death. On my way home I contemplated my butcher’s block full of knives. Six hours later I was in restraints and wondering if this was punishment for murdering my dreams. Another five hours and I was drugged to the gills, swimming in the myopia of a holding cell bed, awaiting transfer to the psych unit. Now, six months later, as I try to adjust to life on medication, I still ask those questions of where did I go and what’s happened to me?

I didn’t fumble the words. They spilled right out like I was reading a script. “I miss the Old Me,” I told my therapist. “I don’t know who the New Me is or what he’s supposed to be doing.” This so-called adjustment period has gone on for half a year and I still have no idea what’s in store other than the zombie-like interpretation of daily life, or un-life as the reanimated might say. Where I used to have a dozen thoughts or more all fighting for prime time in my mouth, watching words tumble out like refrigerator poetry, I can now string a complete thought together, much to the relief of the people around me. Still, I miss the process of an unhinged mind. Difficult or not, it was the life I knew before medication.

I was animated and spontaneous then, entertaining, clever. My friends report a sense of wisdom and calm in the New Me, which they say they suspected was always there, hidden beneath the symptoms. My therapist tells me that she feels like she has more room to speak when we’re in conversation because I’m a better listener medicated. I sense these things to be true, and while I appreciate the equilibrium, I feel the loss of my hyper self, the creativity, the joie de vivre. Not that it wasn’t frustrating at times, but I miss the spark.

I want to be happy and fulfilled as per the promise of a medicated life, but to be honest, I miss my former self, or at least some aspects of the life I’ve left behind. I understand that it’s a matter of time to find myself within these chemical walls, but so far, even with the voices at a minimum, delusions at an all-time low, and the random hallucinations at bay, I feel less than Optimum Henry based on the past, and that’s difficult to reconcile. 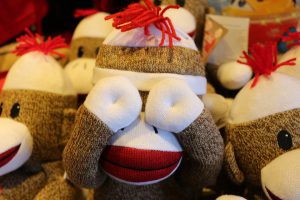 If there are adjustments to be made they’ll come in due time, according to my psychiatrist’s guidance and expertise. In the meantime, I wrestle with accepting that the Old Me is gone and the New Me is here to stay. I need to meet myself on these terms. To survive, I need faith. To thrive, I need support. I need to advocate for myself while I reconstruct my life, this new version of a life, the Medicated Me.

It was hard to accept my diagnosis. It’s been hard to accept recovery. This is something no one can prepare you for; you have to find out on your own. No one talks about it. The subject is virtually taboo. So I’m turning myself over to my community; we have a stake in the silver linings department. It may be a little early to put out the welcome mat, but homesick or not, I’m already home.