In December of 2014, as parents, our worst fear happened. I look back at that time now and see how the journey has brought so much to our lives. It brought pain, anger, fear, sadness, frustration, and happiness. A mixed bag of emotions we have valued equally. At that time, almost two years ago, our daughter went to her school counsellor and told her that she was broken. Broken is such a misleading word. For she was not truly broken physically, but her spirit was clouded and her mind was full of thoughts that she did not know how to deal with.

I have discussed her journey before on here, but today I wanted to go a bit deeper and write about where we have come. Back in December of 2014, my daughter shared a deep secret with her school counsellor. One that she could no longer hold in. All of the bullying had finally wore down her spirit and she wanted to leave this world. Her plan was to walk to the woods behind our home and hang herself from one of the tall trees. As a parent, that moment, and hearing those words, literally tore my insides apart. I felt shock. There was anger that I directed at myself. I was a registered nurse of over 16 years at the time and a survivor of the PTSD and major depression that a rape in my younger years brought. I should have known she was getting worse, right? Wrong. I recall now that when I was in the darkest moments of my depression and PTSD, before a suicide attempt would follow, that I was an expert at hiding behind a mask of smiles and “I’m okay”. Mental health disorders are truly hidden diseases at times because those of us with them become experts at placing them under a table where only a few know they exist. My daughter, during that time, was no different. We had known about the bullying taking place at her school, and had been advocates for her, but we had thought it was getting better when she stopped talking about it. We were wrong.

I can not describe in words the pain we felt at that time. I remember sitting on the floor of my daughter’s room holding onto her so tight as she screamed and begged me to let her go. She wanted the pain to end. She wanted kids to stop calling her every horrible thing in the book. She simply wanted the ability to be who she was, a nerdy girl like her mom. The pain was beyond words. However, here we are almost two years later and my daughter shines brighter than ever. How did we get here? Some of it was a year of counseling and medications, both of which she no longer utilizes, and some was the voices of my husband and I standing tall for her. We also owe a lot to amazing friends, some whom we have never met face to face, that wrote to our daughter and shared their stories.

When you have a child, or family member, battling a mental health issue you have to be their advocate. At times they may try to push you away and not allow you to do this, but be persistent and stand tall for them. During my time with PTSD and depression, I had a handful of family and friends who were my strongest advocates. They used their voices for me when my thoughts were distorted and my words silent. Listen and encourage conversation. Sometimes as a support person you may hear things that are painful, but listen carefully and be present. If your loved one tries to push you away be strong and realize it is the disease and not them. Be respectful of their space, but do not walk away no matter how hard they push. Hold your judgement. Every conversation I have with my daughter I let her know that I am there to listen and not judge. I explain to her I will only speak loudly if I feel something she is discussing could be a danger to her or someone else, but in “mom space” she is allowed to be who she is and I am not going to judge. She knows I may question things I do not understand, but I will not cloud her words.

Being a parent is the toughest task a person will ever take on. There will be times you question whether you are doing a good enough job. Two years ago I questioned this a lot. Recently, my daughter said something to me that has stuck with me. She said “Mom, thanks for being there for me. Out of all the moms in the world, you are the perfect one for me.” I realized then that, perhaps compared to other parents, I am not top level. But, for my kids, I am great just the way I am. I am the mom that they need and I will support them always. If you have a child battling a mental health illness remember you are the perfect parent for them. Love them and be there. I cannot promise it will be easy – in fact, it will be painful – but you are the one they need. 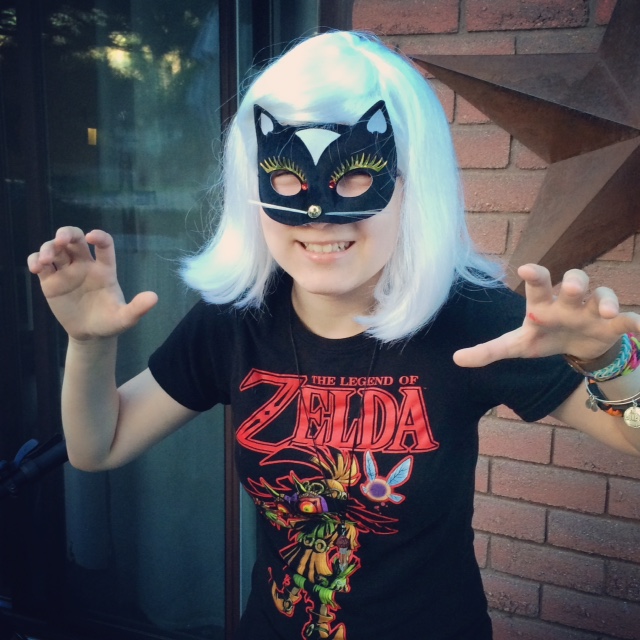