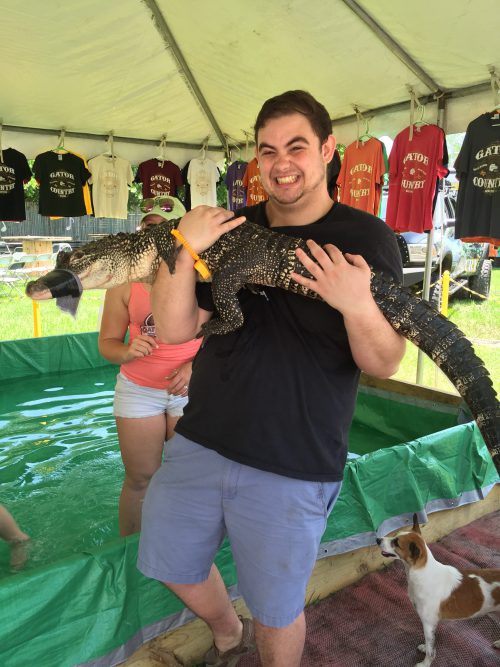 All my life I felt as if something was wrong with me. I was not like anyone else. I thought differently and acted differently. When I was 8 I had my first seizure. I was diagnosed with childhood epilepsy. I eventually grew out of it. However, I was very overweight until I was 14 and lost 70 lbs.

Things seemed as if they were in an upswing, I started running and xcountry skiing. I also seemed to have up and down moods. This made it hard to make friends, but my best friend has always been around for me. He has helped me with my struggles and vise versa. I started taking antidepressants when I was 17 and they just made things worse.

I moved to Nevada where I had some of my happiest times, up until a sad breakup and leaving Nevada for Florida. When I was in Florida I became severely depressed and ended up having a panic attack and totaled my car. I was physically fine, but my parents know something was wrong. I started going to a psychologist regularly and was diagnosed with depression and anxiety and began taking the right medications. I started becoming happier.

I became even happier when we moved back to Nevada. I went to my dream school and joined a fraternity. I began drinking too much, but this didn’t really affect me. For the most part things were good, until I lost my grandma, the person I was closest to besides my mom. The next semester I was unmotivated and depressed. Things started to get better when distracting myself with jobs and friends.

Things took the most severe turn when I found out I had to move to Texas because my dad wanted to take care of his dad, whom I’ve had a volatile relationship. I was severely scared of him because I watched him beat my grandma when I was young. When I got there I was constantly angry, in fear, crying, or depressed. Things got so bad that I was going between his house and my aunts.

I ended up doing an outpatient program at a psychiatric facility. I was diagnosed with bipolar disorder with psychosis. I started taking a new medication for the bipolar. It took months to get used to it. I’d sleep so much or not at all. When my family finally moved out from my grandfathers house things got better. I take 5 pills a day at different times. I am doing so much better today because of my best friend and my mom.

Every day is a struggle. I never know what type of day it will be, but I can control the high highs and low lows. I now do my best to be an advocate for those with mental illness and to end the stigma.