Before and After Science

The nightmares have stopped, which is a first since childhood. I like to think my medicine has something to do with that, but I don’t want to believe in a false miracle. For now, I’ll let the drug-sleep and dreams be their own little perk.

This is normally a time of year when my symptoms reach a cyclical peak, and so far, to some degree, the medication seems to be controlling that. Nevertheless, certain delusions appear to be making their way to the surface. It’s disquieting.

I try to discuss this with my psychiatrist, but it seems there’s no room for misapprehension; the story boils down to how well my body is responding to the meds and nothing more. Since my blood work doesn’t show any irregularities, I’m considered good to go. States of mind are something left to therapy, much as financial and health concerns are the domain of case management—compartmentalization at its most efficient. No reason to mix up the disciplines. Still, as in the case of the nightmares, I could use a break. I need answers as to why the only emotions I appear to experience are depression and anxiety. I understand that those two may present from time to time as side effects, but where is the rest of my humanity hiding? I wonder if this near vegetative state is what the psychiatric community considers the status quo for rebalanced mental patients.

The antipsychotic medications are meant to reconstruct my neural pathways. That’s their primary function—to keep my over-inclusive states in check and help me to communicate more clearly. So far it feels as if they’re damping down any semblance of normalcy concerning emotion, and that’s unsettling. I can’t get an answer. How can I engage or be engaged when I’m lacking the proper tools? I am an artist whose life is bereft of color. Sidewalk chalk in a downpour.

People who have known me before and after science say that they notice a difference, mainly that my speech is more cohesive, and that my agitated states are nowhere to be seen. This must be good for them—they don’t have to listen to Chicken Little fret so much about the contents of the sky.

But what about basic human connections? For example, I recently attended a picnic and spent most of the day alone, talking with no one and eating by myself, not because I wanted to, but because I couldn’t conceive of anything other, couldn’t interface with anyone for the life of me. I sat in my chair and watched the world go by, all the while wondering when I was going to show up.

This can’t be all there is. I didn’t sign up for this. Sure, the positive symptoms (hallucinations, unclear thoughts, false beliefs, and unusual behaviors), the negative symptoms (challenges with daily routines, low energy and motivation, the inability to enjoy activities), and the cognitive symptoms (poor memory and concentration, difficulty integrating thoughts, disorganized thinking) of schizophrenia all seem to be somewhat diminished, but at what cost?

Normal people have a range of emotions. I don’t. How is this better? And better for whom? Clearly now the outside world no longer has to contend with a man who thinks so far outside the box that the box itself needs redefinition. Over-communication and hypervigilance no longer need to interrupt the lives of the people I meet. I am docile now, the very picture of ignominy.

Since I’ve accepted medication I am no longer imprisoned in my own mind. I feel those walls reshaping themselves, hopefully into something better. This is good. Simultaneously, I find myself covered in shame for ever having been sick. This is bad. The stigma of living with schizophrenia has turned its ugliness inward. I can only see myself as the man who needed reconditioning in order to walk among normal people, like some creature from an atomic age monster movie. Except that I am also the anti-hero reaching out in vain, the soul of the beleaguered. A lab rat. 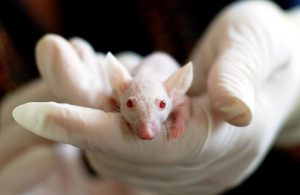 I have nowhere to go but up. I need to ask questions. I need to be acknowledged with answers. It’s about respect and information. Choices and determination. I have the potential to be a vital and integral cog in society. I tell my story because I want it to mean something. In that way I am no different than anyone else.

There is still a battle to be fought against stigma and discrimination, but my current objective is to subdue the vexation as I step out of the mind’s cage and into the real world. Only then will I be fit enough to advocate unfettered.

I want to laugh and cry again. I want to love and be loved. These are the growing pains. This is my life right now.