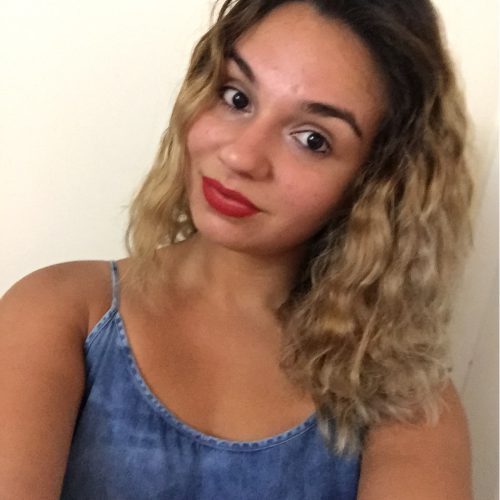 As I sit here and look back on that day, the day my life changed, I can’t help but feel emotional. Let me start at the beginning..

My entire life I have always felt off, for lack of a better word, I can remember being a child and wanting nothing more than to feel loved. There was one person in my life that made me feel like my existence mattered, my grandmother. My mom couldn’t bother to be my mom and my sister, well, she had to deal with battling against my mom, so that left my grandmother to focus on me and me only. Living with her were the best years of my life which is why when she was no longer the person raising me, I felt like my world had shattered. I can’t really tell if I felt “depressed” before my grandmother left or after. On one hand, I always wanted my mom to want to be my mom. On the other hand, my grandmother did fill a big part of that void. Don’t get me wrong, My mom wasn’t all bad, we did share some fond memories – Michael Myers movie marathons, candy bars on friday’s, days at the beach. Distant memories.

When I began High School, the emptiness I felt became more apparent. I was so alone. I had no one to talk to and spent many days battling whether or not I wanted to continue living life this way. I never spoke a word about these feelings to anyone. Oftentimes, I would lay in my bath with my face completely submerged in the water contemplating if this would be my way to go. I recall trying to hold my body down until that quick second when I would change my mind. Still, I said nothing. I would skip school to drink because drinking was the only time the pain would go away. I just wanted to escape. No amount of drinking, contemplating suicide, or self harming would change a thing.

Fast forward to the year I was diagnosed..I was 18. I was a single mom, fresh out of an abusive relationship (both physical and emotional) and I really didn’t know where I was headed. At this point, I would contemplate suicide on a regular basis and suffered from panic attacks, sometimes multiple times a day. I went to a doctor’s appointment and informed him that I was having difficulty sleeping, this is when I was referred to a psychiatrist.

The day of my appointment with the psychiatrist..I had not intended to tell her anything other than the fact that I was having difficulty sleeping. I sat in the chair and my heart was beating so hard, I swore that she could hear it. I was nauseous and drained and I haven’t even spoken a word to her yet. “Tell me what’s wrong” – That was all she said. 4 words. That was all it took for me to completely fall apart and say everything that has been on my mind ever since I can remember. She asked if I had contemplated suicide and if so how many times, I was hesitant to answer but then decided that I couldn’t hold it in much longer. I told her that I thought about suicide more than once a day and suffered from constant panic attacks. I explained that just the mere thought of being around people was exhausting and would cause me symptoms such as nausea, headaches, and panic attacks. I couldn’t see people and I didn’t want to live my life, double whammy. At this point, she diagnosed me with major depressive disorder along with some generalized and social anxiety. I was devastated. I was embarrassed, I didn’t want anyone to find out about this diagnosis. What was I supposed to do now? Am I crazy? Whats wrong with me? “Mental Illness” – that term really freaked me out.

I was given the option of taking medications, which I tried for a little while, but in the end decided against it for two reasons.

This was 7 years ago. For the last 7 years, I have lived in hiding. I only disclosed my diagnosis to maybe 2 or 3 people and even then I didn’t explain the extent of the situation. I was constantly trying to prove that I was just a normal happy girl, even though I was dying inside. Last year, I decided to stop fighting it. I disclosed my diagnosis to all of my family and friends and was both humbled and surprised by the amount of support that I received. This was the best decision I could have ever made. Now that I am able to be open and honest about my diagnosis, I feel like I can live my true self. I can show the world the real me.

So, you’ve been diagnosed, Now what? – Live your life. Don’t hide who you are and just know that while it is a daily battle, it is a battle that you do not have to fight alone. Confide in your friends and family, seek out support groups, and follow this blog for some tips I use to keep me going.