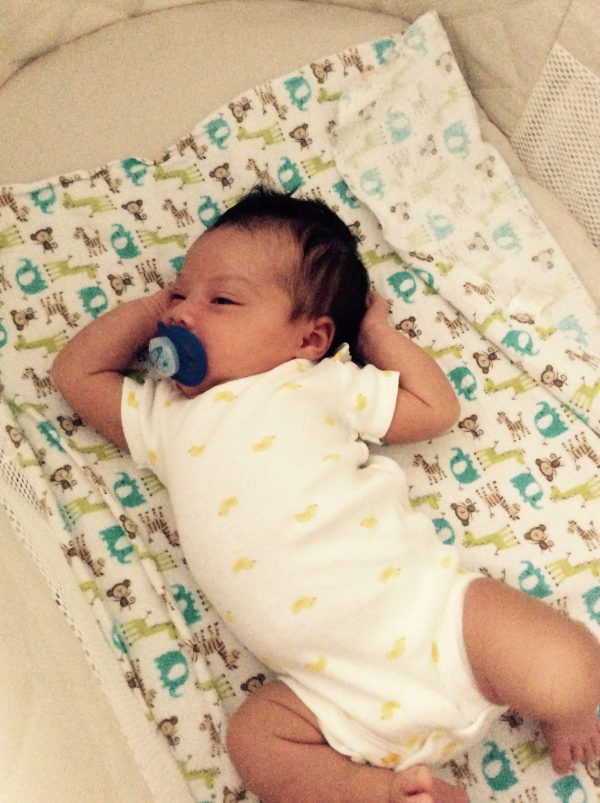 Last year I became the mother of my second child Emily. I had my first daughter 16 months prior to Emily’s coming in to the world. There were issues in my marriage such as domestic violence. Because of those issues my two daughters were removed by DCFS , Emily was only a month old. I suffered a great period of grief in addition to the depression I had from delivering my daughters. The isolation one feels from being a new mother with no family around to help and on top of that the domestic violence did not help that feeling of depression. However I enjoyed being a new mother who loves her two girls more than anything.

When they were taken I felt like the earth had been pulled out from under me. I tried to commit suicide knowing exactly what I wanted, which was to die. I was hospitalized and treated for that depression by a psychiatrist who said he would help me with those suicidal tendencies. He prescribed a series of medications each for a different affliction. Some for sleep, others for my mood, and some were psychotropic medications. The combination – little did I know – were for a bipolar patient.

Never in my life had I been diagnosed with such a condition or had any of the symptoms patients with that mental disorder present. It wasn’t until I started these medications that the next 4 suicide attempts were without me being completely aware of what I was doing. Each attempt lead me to another hospitalization. Each time he would add new medications that would only add to my confusion which eventually turned into paranoia, insomnia, lack of appetite. Not to mention many physical side effects such as involuntary muscle movements and light sensitivity. I became aggressive. The police were called to my home many times during this time because of my aggression.

These medications made it impossible for me to care for myself. I became dependent on the man that I wanted to leave due to the abuse. I needed help dressing, feeding, and even moving most days. I had extreme highs and lows. The miracle happened when my ex-husband canceled our insurance plan and was not able to pay for my medications anymore or the psychiatric care. I went cold turkey off 5 different medications. It was excruciating to do so at first and everything was a haze. But after 2 months my thoughts were clear and the aggression was gone. I still had the grief from loosing my kids , nothing but time would ever cure that. But I was strong enough to push forward.

And I did, I took charge and fought my DCFS case, self initiated the services required of me, resumed my career, got a car. Now a year later I am getting primary custody of my girls. During the horrible year that was 2015 my family blamed me for the loss of those girls, my marriage crumbling, and my mental illness. I had no support system that was reliable. But the real strength with a clear mind was me all along, fueled by the memory and hope of my girls.

My mother who studied medicine in her country and has many best friends who are psychiatrists could not or would not understand me and the depression and grief I had in my heart. That it is a disease that takes over your whole being. She would say ” stop faking it” or “you brought this on yourself”. I never understood why my family was so cruel to me during my time of need. And even now as a mother I can’t understand them.

I fought it all anyway and came out better than what I was. It also helped that I underwent certain assessments to disprove that doctors initial diagnosis of Bipolar type 2 disorder. I had neuropsychological testing and 2 other opinions from psychiatrist. It has been a year since I went off the medications and I have never felt better. I do not have the mood swings, the aggression, the light sensitivity, the lack of appetite, or the overall body weakness. Most importantly I do not feel suicidal. Those medications could have killed me and the inexperience that doctor had proved to be fatal. I now have permanent neurological damage to one of my hands due to these medications, which I am working on correcting to be functional again. However despite that I am doing better than ever, I am independent and free. If you could take anything from this story let it be this, be proactive about what you want and how you feel when it comes to a mental illness. Depression is real and although others may mock you or say its not don’t let that bring you down even more. Find the strength within to fight.