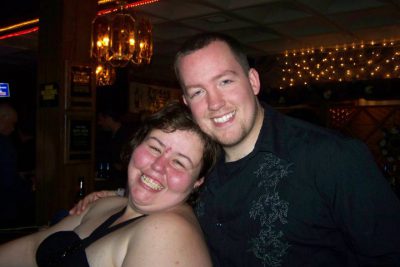 Hello, my name is Alisa.

For years, I knew I was different and never knew why. I always had my “head in the clouds” as I was told by family and friends. I never did things the way others did them. I was called “Unorthodox” “Weird” or “Freak” because I was one for a few close friends and not too many other people.

It wasn’t until I was 15 that I first realized something in me was very wrong and couldn’t be addressed.

I almost committed suicide. I had the noose around my neck and was on the chair when my mom called my name. I yelled back I was coming and left the feelings I had alone, never to be touched again. Then two years later, my mother died unexpectedly of a brain aneurysm.

I went from having a life of peace to complete upheaval. My father never understood me as he and my mother divorced when I was six and became a “weekend dad” meaning he came a few hours a weekend day and didn’t do much talking. When my mother died, he became a full time father to three teenagers. My brothers are 15 months younger than me. It was six and a half years of terror, abuse and for lack of other words, hell. I couldn’t handle what happened daily which was a lot of verbal and emotional abuse. I was “Stupid” “retarded” and “not worth my skin”. It hurt because a girl’s first love is supposed to be her father. Sadly, mine broke my heart.

In 2004, he passed away from diabetic keto acidosis. It was, for lack of description, fitting compared to how he lived the last years of his life. I felt a mixture of grief and relief. Grief for the dad I loved and relief from the monster who hurt me. For the first time I was free. That’s when the real problems happened.

I became a poor girl with a lot of money and spent it all on useless things I had to throw away when I became evicted in 2006. I also developed a drinking problem which led to my going through nearly 25,000 dollars in six months.

After several false starts and losing everything one more time, I became homeless with a physical health condition called Hydrocephalus; fluid on the brain there since birth. In 2008, I had surgery that saved my life. I had the same surgery again two years ago to revise the device, called a shunt, to drain the fluid. It was in this time I learned that I was diagnosed with Bipolar disorder and Post Traumatic Stress Disorder because on top of all of this, I was a victim of sexual assault in my own home by my ex boyfriend and his best friend. I never told a soul and now, I encourage everyone who has been victimized to seek help and not carry a burden that seems insurmountable.

After all the facts I now know, I can happily say I’m adjusting well to my new life as an advocate for change. I learned I am NOT my illness, I am NOT my past and I am NOT a victim. I am an overcomer and if this story helps another person, which I hope it does, I’ve succeeded in one mission in life.

P.S. in my picture is my brother, Bart who bravely served his country doing a 19 month tour in Iraq and is now an APNP in Tulsa, OK. He’s one man I’m deeply proud of.