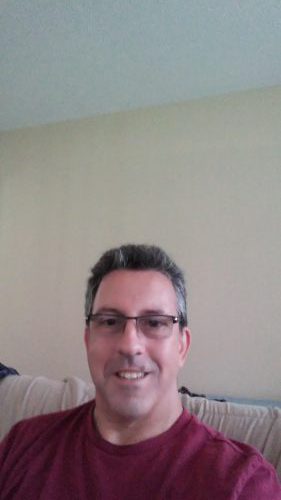 A Strong Man
I was born in 1960, an interesting decade to come into the world. I was a little too young to fully grasp what was happening in the U.S. at that time, but I can’t help but feel that, the 60’s shaped how I looked at life. It was a time when older values from post WWII America started to clash with a new awakening in our culture. I was raised to be a strong man, don’t show your emotions, and deal with problems by yourself. If you can’t solve it, don’t ask for help, internalize your feelings, and for god’s sake don’t let anyone see you cry!!

I was taught to be a good provider, work hard, and things will work themselves out. I struggled with my emotions as a youth, and teenager, and wasn’t quite sure which emotions were appropriate, and which were not. I realize now, that all emotions are to be valued and given equal weight, when they arise, something I think I always knew, but didn’t acknowledge until I was in my 50’s. I was forced to acknowledge in 2012.

I was working in a good job, providing for my daughter, and doing all I could to give her a full life, despite the fact that I had been divorced from her mom, when she was 5. Did I forget to mention that divorce was something that happened to weak men, and was a sign of failure? Or so I was led to believe. I had somehow managed to convince myself that this job was going to provide me with the security and longevity that it would take to see me into my golden years.

I would not have to worry about taking care of my daughter. I was taught to be loyal and work long and hard, and you will be rewarded, I was convinced this would be my last job, and if I somehow lost it, that I would not find another job. I was in a younger man’s field of work, and it would be difficult if not impossible to find work. I know, sounds crazy doesn’t it, as I write this and read it, I think that! But at the time, and how I was raised, I truly believed it.

A perfect emotional storm had been set up, all by me, and because I am a man, I did not show or share my feelings with anyone. I’m sure you can see what is coming….after 7 years of service with this company, I was fired, not for breaking a company policy or something I did, but because the division I was running was not making enough profit. I was devastated, I had never been fired from a job in my life, and now to be fired for something that I could not understand, and well it just feed into the anxiety that was already building inside of me. I immediately when into an “it’s cool, I’ll find a job soon” mode. I started to look for jobs, and in the next couple of weeks I had interviews set up. I thought, no problem, I’ll ace the interviews and then be able to pick a job, not realizing that I had not fully dealt with how I felt about being fired. I put so much pressure on myself that I did not fully prepare for the interviews, and the longer each one went, I found that finding the closing words I needed to seal the deal escaping me. I was starting to panic on the inside, but doing my best to keep this from my daughter and friends, my worst fears were coming true, and then it happened.

One night I woke up in the middle of the night, wide awake. I thought oh well I’ll just get something to drink and I’ll fall back asleep, but I didn’t. I never fell asleep that night and for the next couple of nights, this scenario played out again. I went to urgent care, to seek some help, and was given a prescription for a generic form of Ambien, I took it that night and fell asleep and stayed asleep. I was so relieved the next morning that I can’t put into words to describe the feeling. I regrouped and made plans to take on the world, but funny thing about the human brain, sometimes it doesn’t go with the plan. The sleep that I so coveted left me after one night and I was back playing the game, “would I stay asleep or would I wake and not be able to sleep?” I took another pill the first night, upping the dose, no luck, eventually I reached a state of complete fear of the night approaching, knowing that now I would not fall asleep at all.

This process played out night after night, for at least a week, each night producing more fear and panic and anxiety the next day. This built up in my mind as a wall builds up so high, that you think, “There is no way that I can climb something that high”. I couldn’t think straight, I was so tired during the day, yet so fearful of taking a nap, because that for sure would keep me from sleeping at night. As the night would approach, the anxiety would build, so no matter how tired I was, there was no way I was going to sleep. I was the mouse on the wheel, going nowhere, and getting nowhere. I could not take it anymore, One morning after repeating this nightmare, in a fit of panic, I took the remaining sleeping pills I had, I think about 10-15, and luckily called someone and said “I can’t take this anymore..” and downed the pills.

I remember waking up in the emergency room, and immediately thought, “What did I do?” I was this close to losing my daughter forever, let alone my own life. I was very upset with myself, and when the psych. people came to talk with me, I professed I did it out of “desperation for not sleeping”.  Can you believe that as it turns out, the professionals they sent to interview me, I knew one of the ladies, and at one time we were very close! I managed to convince them that I wasn’t really suicidal, but I just panicked, they let me go home as long as someone was with me, and my ex-wife said I could stay with her. Now mind you, I was already having trouble sleeping, now I was going to try and sleep on someone else’s couch?, and if that wasn’t enough, I now no longer had any medication to at least try and help me sleep. I think you can see where this is going…yes, disaster city.

After another night of tossing and turning, and I’m not talking just trying to get comfortable, I’m talking violent turning, you see when your brain is telling you “you’re not sleeping”, you actually are, just not a restful sleep. I would find this out later, after talking with a crisis manager, late one night. He asked me if I was hallucinating and talking to imaginary people. I told him no, and he told me then you are sleeping, because if you go without sleep for more than 72 hours, you will be hallucinating. Sorry for getting ahead of myself, so I digress, I was physically tossing and turning violently, because my body was fighting my brain, if you have been there, then you know. For those of you that have not, and I pray you have not!! It’s like boxing someone who isn’t there, throwing your best punches, yet never connecting, and it leaves you physically exhausted the next day. The next morning, my ex acted like “O.K. you got that out of your system, now snap out of it”.  I don’t blame her, because when you have never had to deal with a mental disorder, you are completely unprepared to do so.  Hell I didn’t know what to do, all I knew was there was something terribly wrong with me, and I was completely unable to deal with reality. I apologized to my daughter, and told her I could not take her to her softball tournament, and she could use my car, but I needed to go back to the Hospital, because I thought that was my best bet to get help. I was no good to anyone right now, and I figured if I was somewhere I thought I could get help, it would keep her and my ex from having to worry about me being safe, so back I went.

I know what you’re thinking….”that is a rational thought, so you couldn’t have been that wrong in the head” Even in the midst of a complete breakdown, sometimes you make the clearest decisions, when it concerns how you’re affecting the people around you. I didn’t care about me, I just knew I could not have people I care about being concerned for my safety. I have always thought that way, even though I was fooling myself, because I had just scared the hell out of them, and of course they were going to worry no matter where I was. Only through perseverance on my part, and with the help of some counseling, and here is the key to recovery…COMPLETE HONESTY with yourself and counselor and doctor, can you dig yourself out of that darkest of places, and heal. IT IS POSSIBLE!! I am living proof. I have a successful career and a stronger relationship with my daughter, I promised her I will never scare her like that again. This does not mean everything is puppy dogs and rainbows, I still have to work on it, but learn from what I am saying, and recognize the warning signs in you, and seek help. My motto is “Asking for help is a sign of strength, not a sign of weakness”,
David