So, What Are Relapse Prevention Plans?

I arrived at the state hospital not as a novice any longer, but with approximately five years of direct clinical work under my belt as a psychiatric social worker. I had worked with families with issues involving mental illness and / or substance abuse related problems in a variety of contexts. However, I also realized very quickly that I was far from an expert in my field, and that there was much to learn in order to better assist my patients. These patients were a group of adults with diverse backgrounds whether it be race, religion, ethnicity, gender and sexuality, or socio-economics. The common denominator was that each person was struggling with mental illness and had committed a serious crime. However, even the mental illnesses that they were affected by, and were working on learning to manage, were diverse by diagnosis and by their personalized experiences. Often, the ongoing learning that I received came directly from these adults who were working on regaining self-control back into their lives involving either clarity of thought and / or significantly improved regulation over their mood states, be it from severe depression to intense internal agitation. These adults helped the clinicians best understand their experiences and their limitations / barriers to self-control. Together, we devised individualized plans to assist them toward making a true recovery including, and especially in, the areas involving self-governance.

For decades, the formal term for these devised plans had been Relapse Prevention Plans. Under a newer approach, the Recovery Model, these plans became known as Wellness Recovery Action Plans (WRAP), but everyone still called them ‘relapse plans’ for short. It was an expected and significant part of each person’s overall discharge process, but the reality is that I never met anyone who came close to being seriously considered for release from the state hospital that was not GENUINELY focused on their relapse plan, which they understood was critical to their success of maintaining the gains they had made in their lives and avoiding setbacks. In part, they needed to have this plan to share with the clinical staff, but they also had to be able to answer questions relevant to it in a formal forensic interview in order for them to be considered for a discharge under a program called Conditional Release. However, the majority of these patients were extremely proud of the hard work which went into the establishing of their solid relapse plans. For each one of them, it deepened their understanding of themselves and how they can best maintain a positive quality of life once they are living in the community again. They are actually counting on these plans to manage their lives despite the normal stressors, twists, and turns which life has to serve up some days.

Most plans include elements of daily routines that provide structure that is consistent and helped each of them maintain, for example, an improved level of hygiene, one’s overall physical appearance, and taking their medications as prescribed. Often, when mental illness symptoms are strong and adversely effecting an individual, these basic daily functioning and routine events become a forgotten pursuit. Most of us take these things for granted every day as it becomes rote in your life. This isn’t true for someone whose mind can clinically detach from reality, wander, or become seriously intruded upon / interfered with while attempting to do these daily tasks. This is, unfortunately and too often, the image of a person that law enforcement comes in contact with when one’s mental illness is not being maintained well. If that person’s behavior becomes erratic or intrusive enough, they will bring attention to oneself from the police. The person may appear disheveled or dressed bizarrely with mixed matched clothing, and, if wearing makeup, it may be exaggerated.

Relapse prevention plans can be very extensive and need to be personalized to truly be meaningful. Relapse plans are filled with coping strategies and skills that an individual has created. Given the amount of space necessary to adequately address the varying components of these plans, I will continue to only discuss general elements in this blog and will be more specific in subsequent blogs. I plan to explore relapse components by major diagnostic areas such as depression, bipolar disorder with or without manic episodes, delusional thinking, hallucinatory experiences of all types, etc. Some other generalized features of relapse plans involve setting up strategies to becoming more “mindful” of the critical daily routines and learning how to maintain this state. Mindfulness is interpreted here as being in an increased state of conscious awareness and focus, often requiring things being done one thing at a time. Some mindful activities should likely include daily medications and vitamins, meal preparation, cleaning of bed area and overall living environment, exercise and maintenance of health issues, water consumption, napping and / or evening sleep patterns, etc. 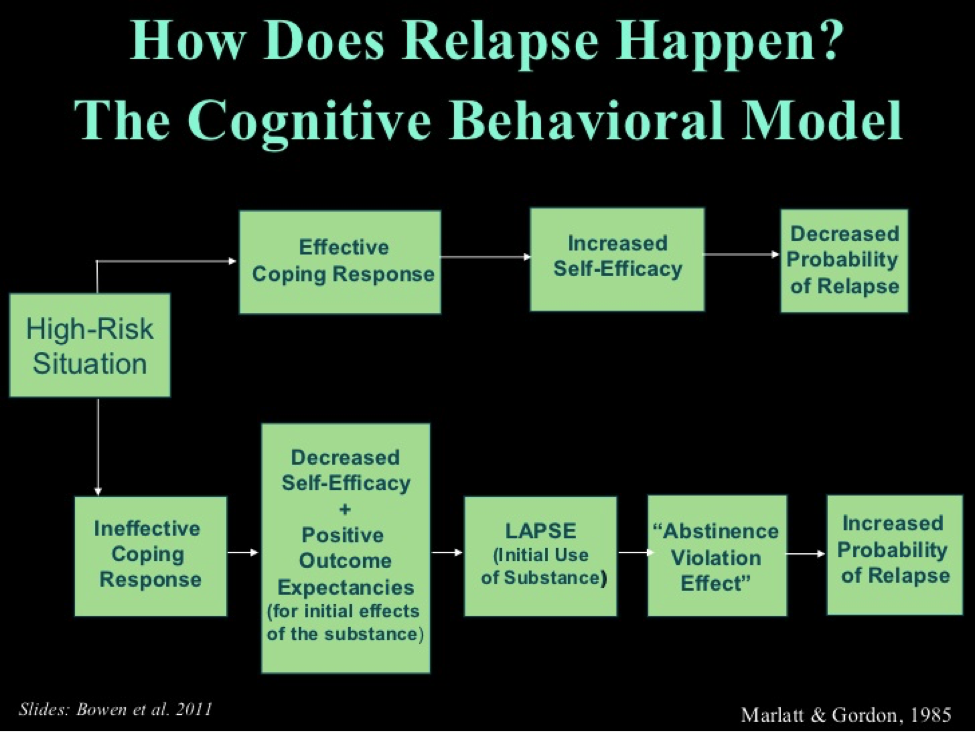 In my experience, when people followed their relapse plans, they decisively lived happier, healthier, and more productive lives!! They maintained their freedom and liberties. They were rarely managing extreme emotions, i.e. suicidal ideation, and rarely needed to be hospitalized for their symptoms. They developed trusting relationships with the mental health professionals working with them. They were able to manage stressors more effectively. Overall, it clearly is a win-win for sure, in my humble opinion!!