Missing The Old Me

I had just stepped off the stage and was winding my way towards a table of friends when a fan approached me. Staring earnestly into my eyes he asked a simple question: “I understand you’re on antipsychotics now, but can you get off of them, somehow? I miss the old Henry Boy.” I was taken slightly aback, but found myself able to reply after a brief pause to collect my thoughts. “A year ago I suffered a psychotic break and tried to kill myself,” I told him, candidly, “so I think I’ll stay on the meds.” He nodded and faded into the crowd.

I knew what he meant. I could feel it, too. My voice was more confident than ever, but my stage presence was nil. I watched the video. I just stood there in front of the microphone like a cardboard cutout of myself. Gone were the trademark mannerisms that might have signaled “Rock Show”. I took my place in the spotlight and delivered the songs with all the gusto I had, and that was plenty, vocally. It was the stage persona that I’d cultivated over the years that dropped to zero charisma. He was right. In that moment I missed the old me, too.

There are times when, if it’s brought to my attention, I can notice that the natural exuberance is missing, that the interconnectedness of everything is minimized by the meds. The talent is still there, but I’m delivering it through reduced affect, an emotional blunting that appears regardless of whether emotion is actually reduced or not. This is rock and roll and I’m leaving it all on the stage, except that it’s only noticeable if you close your eyes. And there’s the rub. Same thing goes for conversation. I might be delivering the funniest one-liners ever, cracking my friends up over brunch, but my hands and face aren’t engaged in the convo. It’s a vocal delivery system. Fine for the phone, not so much for the interpersonal touch.

My friend Nika had come to the show and was engaging as ever, regaling us with stories of theater productions she’d recently seen or been involved in. While I listened intently, one would hardly notice I was at the table, I was so seemingly disengaged. My head barely tracked back and forth as patrons passed by, pausing only to bob up and down when a friend would stop to greet me. Again, little to no animation. Just the Andy Warhol affectation of boredom, or so it would appear. In truth, I was ecstatic. In demeanor I was lifeless.

Reduced affect is defined as a lack of emotional expression. It is most commonly seen as a symptom in schizophrenia, depression, trauma, and autism. The individual appears unresponsive to outside stimuli. This differs from apathy in that, rather than lacking, emotions may just be going unexpressed. Body language, tone of voice, or facial expressions may not be exhibited. Reduced affect is considered to be one of schizophrenia’s negative symptoms, but it can also be equated with the side effects of certain antipsychotic and antidepressant medications. I’m on both. Hence the blunt.

In print media this is moot. I’m not required to physically interface with the reader. The words do all the work. My body takes a break. My face is a photo in the “About The Author” section. In a world of texting, I’m safe in my flatness. But the world isn’t flat, as our ancestors once thought. No ships sail to the edge and fall off, and no emotion rides that tide into oblivion. Statistically, only seven percent of our communication is verbal, with the other ninety-three percent being nonverbal. As a performer I had honed a persona that audiences had come to expect a level of showmanship from. Social custom would anticipate a more animated member at the breakfast table, too. Either way, not so much the zombie, but that’s what I bring to the conversation now. 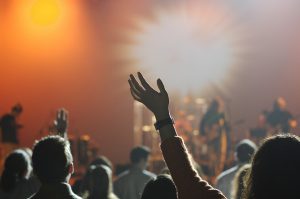 The blunted affect is not all that dissimilar from anhedonia—the loss of enjoyment, happiness, fun, and satisfaction. I’ve experienced the lack of pleasure due to anhedonia, and now find the side effects of my chems to produce a startlingly familiar result. When I was sick, my emotions relating to pleasure weren’t expressed much because they were literally decreased by my disorder. Now I’m faced with a similar experience induced by the very medicines that keeps me together. It’s ironic, and a tradeoff that I’m having to come to terms with. What will happen to kissing, laughing, coziness, and comfort? Only time will tell. For now, I’ll stick with the new me no matter how much the old me is waiting in the wings. This stage ain’t big enough for the both of us.