What They Won’t Tell You About BPD by Davs

I found out eight months ago that I have Borderline Personality Disorder *BPD. It’s taken me a long time, this whole time, to not only come to terms, but understand the symptoms as well. I’m still learning, to be honest.

It’s 4am as I write this. I went to bed hours ago, but some thoughts kept me awake until I was forced to get up and write about them, right now.

First off, let me explain to you that, eight years ago my therapist wrote in her personal notes the suspicion that I may have BPD, but she never told me. Over a year ago, my boyfriend started researching my symptoms online. I have bipolar 1, but he felt that I was presenting symptoms outside of the spectrum of bipolar. Several things came up, which is why armchair diagnosis is not good and rarely accurate, but he kept coming back to BPD. Despite not ever knowing anything about BPD, I heard *personality disorder* and immediately recoiled, accusing him of gaslighting. Six months later, while he was sleeping in bed, I took a BPD aptitude test. Yes, I know how silly that is. No, I do not put truck in random online “tests.” But, I did happen to get a score that was very high above “Extremely Likely BPD.” I took my knowledge of the “test” results in to my following therapy appointment, where my therapist proceeded to not only go through the BPD DSM (Diagnostic Statistical Manual of Mental Disorders) checklist with me, and check each box as I fit every symptom, but she divulged the reasoning behind not wanting to write it in my charts or formally diagnose me.

You see, Borderline Personality Disorder is highly stigmatized and misunderstood, not only by the general population, but specifically by medical professionals. I say specifically because it is their job to be informed and they are routinely misinformed. I went home upset and feeling somewhat stabbed in the back, for having this information kept from me for so long. But eight months later, after reading everything I can about BPD, and involving myself in multiple support groups, I finally understand why she felt she was doing me a favor. I still feel that she should’ve told me, but also understand that she wasn’t even aware that there was a treatment (Dialectical Behavioral Therapy *DBT) for BPD until around the time I brought it into conversation. I can see why she felt keeping something from me that has no treatment would make sense, she was sparing me the grief.

Now let’s put my therapist situation aside and go back to the medical professionals, and misinformation, and expand into thousands of articles written about people with “BPD” warning potential partners to steer clear, telling horror stories of our narcissistic ways, and unfeeling habits. Making bogus accusations that we’re severely manipulative, and can cry on command, make up suicide threats, lie to get our way, make horrible parents, and my absolute favorite, do not have the capacity to love.

If this is what she was sparing me from, are you less mad? Because after hearing stories about people with BPD being turned away from the emergency rooms, hung up on by crisis lines, dismissed by doctors, and psychiatrists, and shunned by their friends and family, I am the opposite of mad.

Here’s the thing. I could spend all day listing off each untrue claim and explain to you why they are myths. But rather, I want to focus on something I feel is more important for you to understand. If you know anything about autism, which is NOT a mental illness or chemical imbalance, but a neurotype, but if you know anything, you’ll recognize the common misunderstanding that people on the spectrum are unfeeling or lack emotion, even claims of narcissism. What we know within the autism community is that the opposite is true. People on the autism spectrum generally not only feel so intensely in their emotions, but also experience high sensitivity sensorily. They spend so much of their energy processing all the input that they have little energy left over for output. It leaves them scrambling to regulate themselves and leaves the neurotypical observer or interactor to assume that their buddy on the spectrum just doesn’t care enough to pay attention, or respond in the way a neurotypical would.

Now let’s look at BPD and apply that same logic, yes we seek attention, there is fear of abandonment, we have what is called an FP (favorite person) of whom we attach our existence to and rely on for emotional validation, we have trouble regulating our moods, splitting, identity confusion, and  intense emotion. But can you see how all of these symptoms are related? The number one thing I’ve come to understand about myself, and others with borderline personality disorder is that we are so very highly sensitive that we present our symptoms with abandon and desperation. We display different than someone on the autism spectrum, but the idea is the same; which is, we are so profoundly sensitive that often we act out in attempt to protect ourselves from harm. Too often our emotional response is counterproductive to our desired outcome, but in the process of trying to regulate our sensitivity we do things that someone without BPD wouldn’t do. We’re so busy trying to hold ourselves together that we fall apart much more than I would like to admit.

Many of us have done regrettable things to get attention, many of us have walked away from a relationship, or pushed people away out of fear that the person we were walking away from might walk away first, it’s a form of self preservation, to protect ourselves from being hurt. After all, it’s better to hurt ourselves than to let other’s inflict the pain. Too many of us use self harm as an emotional regulator. We cling, and need, and beg in many different forms for compassion, honesty, understanding, patience, and love, and that’s the thing. That. We. Don’t. Get when  someone sees the diagnosis of BPD hanging around our necks. The very thing we need to mend is withheld by longstanding stigmatization, ableism, and misinformation.

Of course we need to learn to give ourselves the things we crave, and that’s what treatment is for, but in the meantime stop alienating us by vilifying our sensitive nature, and instead offer us the appropriate equivalent of a simple hug. 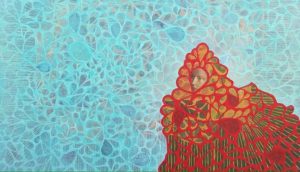