Sometimes, when I can’t sleep, my brain decides it’s the perfect time to lace up its walking shoes and take a stroll down memory lane. (After all, isn’t 2:00 a.m. the perfect time to relive that awkward moment from 7th grade?) I find myself sorting through memories I didn’t realize I’d held onto. As each memory bubbles to the surface, I let myself imagine what would have happened if things had turned out differently. For the last few weeks, I’ve been wondering how to tell this story; wondering if I should tell this story at all. It’s one of those cringe-worthy moments that’s been keeping me awake at night. I am still processing it but I’m going to share it anyway. In the end, I think, maybe, it says something about the power of shame and the importance of forgiveness. 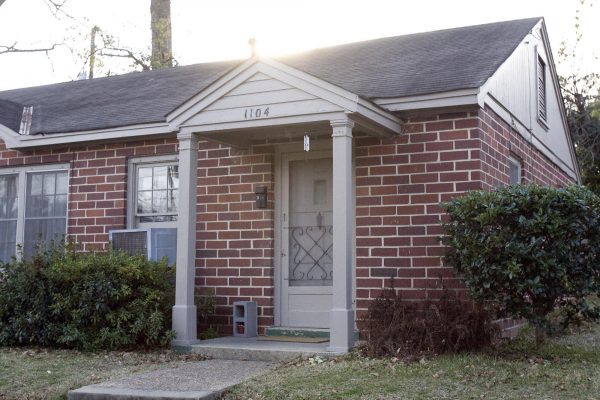 A few weeks ago, I got a friend request on Facebook from a guy I knew in college. After accepting the request, I noticed that we had a few friends in common. Much to my surprise, there on his list, was a very significant ex-boyfriend. After a few online chats, I asked him about my ex. He explained their connection and then asked how I knew him. I told him we’d lived together for a few years. We had even been engaged. As a point of reference, I said, “We lived together in the little brick duplex.” He was quiet for what felt like a very long time and then a single sentence appeared on my screen. It simply read, “Ooooh, you’re THAT Suzy!” I was caught off guard and couldn’t process what he’d said quickly enough to respond. I think I typed, “lol” but the rest of the conversation is a blur. Afterward, I rolled his words around in my head -THAT Suzy – and the shame settled over me like fog. I knew that he hadn’t meant to be unkind but his casual description spoke volumes about my history. He was describing much of my life before I received a proper diagnosis.

Sadly, I understood exactly what he meant. The memories of that time came flooding back. I remember going days without sleep, being paranoid and confused. I also remember going weeks without being able to get out of bed, unable to shower or brush my teeth. I have a very odd but specific memory of crying inconsolably for a solid week after watching a documentary about snow monkeys; how something about the human-like appearance of their hands had made me feel sad and fragile. I remember so many crazy things I said and did; all the times I embarrassed him in front of his friends and family. I also remember waking up to find a tube down my throat, pumping my stomach after an overdose. I remember listening to the doctor explain that I’d be held for 72 hours in the psych ward of our local hospital. Over the doctor’s shoulder, I can still remember my boyfriend’s face: tired, sad, frustrated, and frightened. I’m sure he had experienced the onset of my illness quite differently than I had. Even though I will always remember those years as some of the most painful of my life, I had to admit to myself that “THAT Suzy” probably did sum up his memory of me.

For the first time, I allowed myself to really examine those years. I spent quite a few sleepless nights reliving, with red hot shame, so many things I’d said and done. Then, quite unexpectedly, I recalled a bit of advice someone gave me once, a long time ago: treat yourself with the same kindness you’d treat someone else – someone you love. That’s not as easy as it sounds. We are often our own worst critics. There are times when we can be very cruel to ourselves. Still, in the nights that followed, I tried to view my story from a distance. What if that girl wasn’t me? How would I judge her actions? Late at night, I let her story unfold. I watched this troubled girl trying desperately to find her footing. I listened to her search for the language to describe what was happening to her. I began to realize that she wasn’t just someone’s crazy ex-girlfriend. She was a young woman who didn’t understand what was happening to her. She needed help. It really was that simple.

It wouldn’t be true to say that I don’t still feel a bit uncomfortable when I think about some parts of my past. Some memories will always be painful to revisit. Even so, for the first time in my life, I finally have a lens through which I can view my past with compassion. I might always be THAT Suzy to some people, but that doesn’t have to define me. For many, I will be THIS Suzy – a million miles from perfect but further along my path than before. I wish I could go back and tell that lost girl that things will get better. I wish I could tell her about all the good things that are going to happen to her. I guess maybe I owe my new Facebook friend a debt of gratitude. If not for his off-the-cuff remark about my time in that little brick duplex, I might never have been able to forgive that lost girl.