I have a friend who lives with clinical depression. We are both suicide attempt survivors. She recently took me into her confidence and explained some of what was going on for her of late. Both of us have been through our respective symptoms in the presence of the other. There we were, two people with mental health disorders, engaged in conversation.

Her sadness seemed unfathomable, but she explained it in terms that I could understand. Being friends, we have a language in common, one that helps us comprehend the finer points of our illnesses. We’re both strong people, but strength alone isn’t enough when confronted with certain symptoms. It helps to share the problem. It can bring things into focus, and make it easier to cope.

She had made the plan for us to meet for breakfast, a good sign considering that during a depressive episode, normal social engagements are often avoided. She’s shared in the past about feelings of worthlessness and of a deep sorrow. I asked her if she would be accompanying me on this year’s annual Suicide Prevention Awareness Walk and she said yes, another good sign. Still, she couldn’t hold back her tears when trying to explain her current feelings of unhappiness. It was heartbreaking to see her caught in the clutches of depression.

Depression is one of the most commonly diagnosed forms of mental illness. There is an increased awareness of depression as a medically treatable condition. Most people experience occasional depression as the random feeling of being lonely or sad. With major depression, however, a person feels like they’re stuck in a cave with no hope of escape. By choosing to discuss her situation with me, my friend had thrown out a lifeline. As a counselor herself, she knew that talking about her depression would help her feel better. I felt honored to be on the receiving end of the conversation. She’d been there for me in the past when I had been caught in psychosis. This time, I got to be the listener.

There’s hearing and then there’s listening. Hearing is the passive activity of taking in audible sounds. Listening is a skill that facilitates effective communication. Active listening is a communications technique which acknowledges the other person’s feelings while deciphering the message they’re conveying, creating a sense of empathy and nonjudgemental reflection. The party speaking feels validated rather than merely heard. Paying attention to the other person’s words, and repeating ideas and phrases to confirm that you understand what they’ve said, demonstrates respect for their feelings, creating a sense of closeness. This is the result we all strive for when we’re sharing—to be listened to and understood.

I had one acquaintance who used to raise his voice to me whenever I would try to explain how frightened or confused my schizophrenia had made me. He would yell, “Henry! It’s not real!” as if that was going to make my hallucinations less frightening or make a psychotic thought less troublesome. I’ve had my fair share of not being being listened to. It’s for this reason that I spend more time listening than talking when someone else has something they want to explain. I want to be able to support them in whatever they’re going through, and that is best facilitated through active listening. Even when I have a good idea, I don’t interrupt or interject. I wait until there’s a break in the conversation and then take the time to weigh out my thoughts. Am I being helpful or am I turning the conversation more towards me and away from them? This is their time, not mine.

I await my turn. When it comes, I fully commit to sharing my story. I speak as if I’m being listened to because I want to be. I step out of my comfort zone and approach my conversations this way, with sincerity and enthusiasm. It runs contrary to my fears, but it allows me to feel valued. I don’t take it personally if someone doesn’t pay attention when they ask me how I’m doing. If it turns out that they’re not listening, I chalk it up to experience and move on. It can be frustrating to be misunderstood, but it’s not the end of the world. I can always try again.

I checked in with my friend midweek via text. She responded the following day with an upbeat message that she was feeling better, that her mood had improved. She attributed some of the improvement to our having gotten together earlier in the week for our talk. I’m happy for her. She’s pulling through. The upside for me is that I got to be there for someone the way they’d been there for me, actively listening. 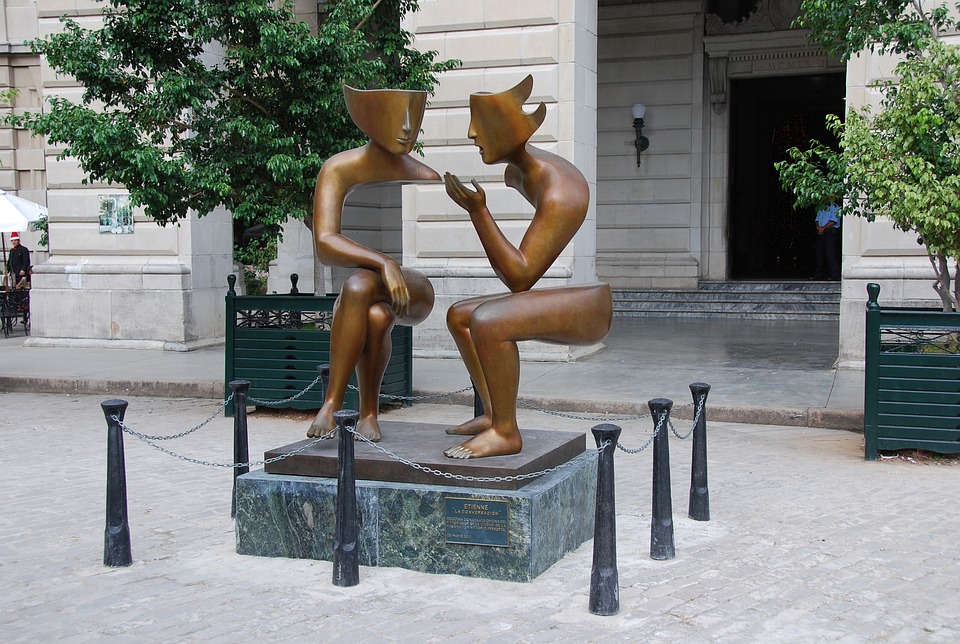