Temporarily Out of Service

I am a youngest child, but in many ways, I am also an only child. My sister left home when I was very young, after my parents divorced. My early years were spent as a companion to my mother. It was just the two of us. She was my friend, my playmate and my protector. I adored her. She taught me how to love. Sometime around fifth grade, my mother married my step-father. He was kind and smart and the first real father figure I had ever known. He was a perfect fit. We settled into a quiet, secure life but as we moved from our tiny apartment to a real home, we brought our baggage with us. My mother has bipolar II but it would be well into my adulthood before she was diagnosed. She was, and is, very high functioning, but that isn’t to say her illness didn’t affect all of us. Later in life, I would be diagnosed with bipolar disorder, as well. Matching diagnoses are not the only trait we share.

We learn our coping skills from our parents, and the other adults around us. They equip us with a tool kit, which we then use to construct our own lives. We don’t simply learn by mimicking what they do, but by responding to what they need. At an early age, in the face of a fairly volatile separation from my biological father, I discovered that being a funny, little performer was a great distraction. I memorized comedy records. I learned to tell terrible jokes. I was a pleaser, in the most literal sense of the word. Without realizing it, I assumed the role of the peace maker. Now, let me say here: I learned from the master. My mother is, and has always been, the consummate middle-child. No matter where she was in her own illness, when drama happened, she would snap-to like a soldier. Her ability to put her shit aside and show up for someone else has always been both inspirational and quite mysterious.

In my late 20s, my mother became quite ill. Her bipolar disorder took on a life of its own. She tried very hard to be present, but fighting that beast can be quite difficult. While she was sick, I was living the most formative years of my adulthood. I was learning to be a grown-up, which can be easier for some than for others. My 20s were chaotic, in a very visual way. By my 30s, I was learning to contain my chaos to the inner workings of my life. Over those years, my bipolar disorder matured into the disease it is today; an ebb and flow of brief but intense periods of mania followed by extreme and debilitating depression. Although there has never been a single moment, in my entire life, that I didn’t know my parents loved and supported me, there were long periods of time when they weren’t able to be present, because of my mother’s illness. During that time, I began to emulate my mother’s ability to show up. In my own personal life, I became the fence mender, the bridge builder, the first aid kit for those around me. My life might be spiraling out of control, but one phone call could send me on a missionary tour into some else’s country.

Forgive the awkward transition, but I’m going to jump ahead to the present. After more than 50 years of connections, of one sort or another, my family has settled into a sort of abnormal normal. We’ve each grown accustomed to our role in this little melodrama. I’m sure everyone wishes they could have been a better version of themselves, but that’s what it’s like to be human, I think. Over the last few years, my illness has become harder to manage. In addition to my bipolar disorder, I’ve developed several health issues. Physical illness and mental illness have combined to create a certain kind of paralysis. Not only am I frequently unable meet my own needs, more and more often, I am not able to meet my obligation to others.

So, here I am – Temporarily Out of Service. I’m at that stage in my depression where I simply can’t. That’s it; the only explanation I can offer. I can’t. I can’t go the grocery store. I can’t go out to dinner. I can’t attend my volunteer meeting. I simply can’t. In fact, I can barely make it out of bed and to the shower. The question becomes, then, how to say no: To someone I care for? To someone in need? To someone whose circumstances seem so much worse than my own? I understand that there is no hierarchy of hurt. I get that each person experiences pain or trauma uniquely. I know there is no measure of what is bearable. Still, how can I possible say, “I am too sad to help you.” Just the thought of that makes my stomach hurt. Searching for an answer, I asked the expert, my mom: The Original Fixer! Here’s what she said, “If you have pleased everyone who has asked something of you, you are doing something wrong. It’s ok to say no. You’re good at what you do, but you aren’t the only one who can do it.” I know she’s right but I can see this might take some practice. I’m not sure how I’ll say no but I do know that it’s ok if I do. I suppose this is also why I pay a therapist. He reminds me regularly that it’s healthy to be a certain kind of selfish. Here’s the quote I taped to my bathroom mirror today. (Generosity and kindness are important but maybe this quote will ring true for the rest of you fixers, as well.)

“If you want to live an authentic, meaningful life, you need to master the art of disappointing and upsetting others, hurting feelings, and living with the reality that some people just won’t like you. It may not be easy, but it’s essential if you want your life to reflect your deepest desires, values, and needs.” 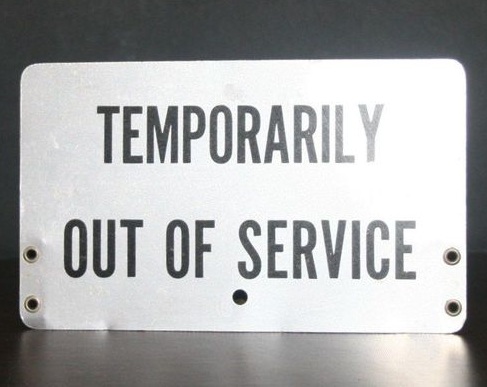