Expectations. Do you ever notice people have a lot of expectations in regard to how you live? I am a rape survivor of over 20 years. My rape was traumatic. It led to 16 years of struggling with PTSD and major depression, plus the three suicide attempts that came along with it. My last suicide attempt almost took me away from this world, downing a half bottle of blood pressure medicine will do that. The one thing these years taught me was that people present stigma through their expectations. I know there were expectations and judgements thrown my way. She will not be alive more than a few years. She will drown under the weight of her story. She is a whore. This was her fault. Her marriage will never last. She is not strong. She is not going to do the things she says she dreams of. She won’t finish that race. The main expectation most people I found had for me was to fail. No one ever said, she will shine.

I will tell you a secret though, those same negative expectations thrown my way were ones I believed were true. I expected myself to fail at all things. You see years ago I wanted to go to medical school, but I doubted and doubted. I told myself I would never be smart enough or that I was no good. I told myself I would not be alive in “such and such” years, so there was no worth in trying to achieve my dreams. The self-hate was strong as I walked with my shadow friends, depression and PTSD. I will tell you another secret, when you have a mental health disorder your hearing almost becomes super hero strength. People around me, even at work, would think I could not hear them over the sound of everything else going on around them. I could though. I heard words that were painful. There were so many times I wanted to approach people and say “Hey, I would much rather you said those things to me because those words hurt and I would like to be able to defend myself”. I never stood up for myself though, instead I let the secret words that were spoken sink into my soul and feed my self-hate. That is how PTSD and depression are, they like a good meal. The main entrée was my hate towards myself and then the sides were the words of others, my plate became pretty full. You see people fear the things they cannot see or understand. Mental health disorders do not show up in lab work or on an imaging exam. Half of the time I put on a smile and went out the door, so most people did not even realize how much pain was floating around within me. Most just saw someone who was “weird” or an “outsider”. Someone who had lots of sick days at work because getting out of bed was too tough. Some probably thought I was lazy and I know many thought I should be fired, but only one or two took the time to approach me and ask if I was okay. At first, I might have said “yes, I am fine”, but as time went on and I felt comfortable sharing my story I would say “no, I feel terrible”. When I got married six months after meeting my husband I know there were many who expected us to fail. The hopeless, depressed woman could never make a good wife after all. I will admit, the first years were beyond difficult. I can assure you there were many times my husband probably wanted to leave me, but he never did. Instead he saw the beautiful paint that remained behind that distorted wallpaper. He believed in me and held me up when I felt like falling down. Now we are on year 16 of marriage and those first years of pain led to walls coming down and a place where I feel comfortable being quirky me, scars and all.

So, I leave this here for those of you on a journey with a mental illness. Screw expectations. Find your tribe. The people who believe in you. Who listen to you. Who walk with you as you travel with mental illness. Who are not afraid to talk to you openly and honestly about your journey. Shut your ears off when you can. There will be painful words heard from the mouths of those who know nothing about you. Those who assume you are broken and will never be fixed. People had many expectations about where I would be. Here I am now a nurse practitioner and working towards my Doctor of Nursing Practice. Using my past to help others on their journeys. I leave one more thing here for all of you…………..I love you and believe in you. 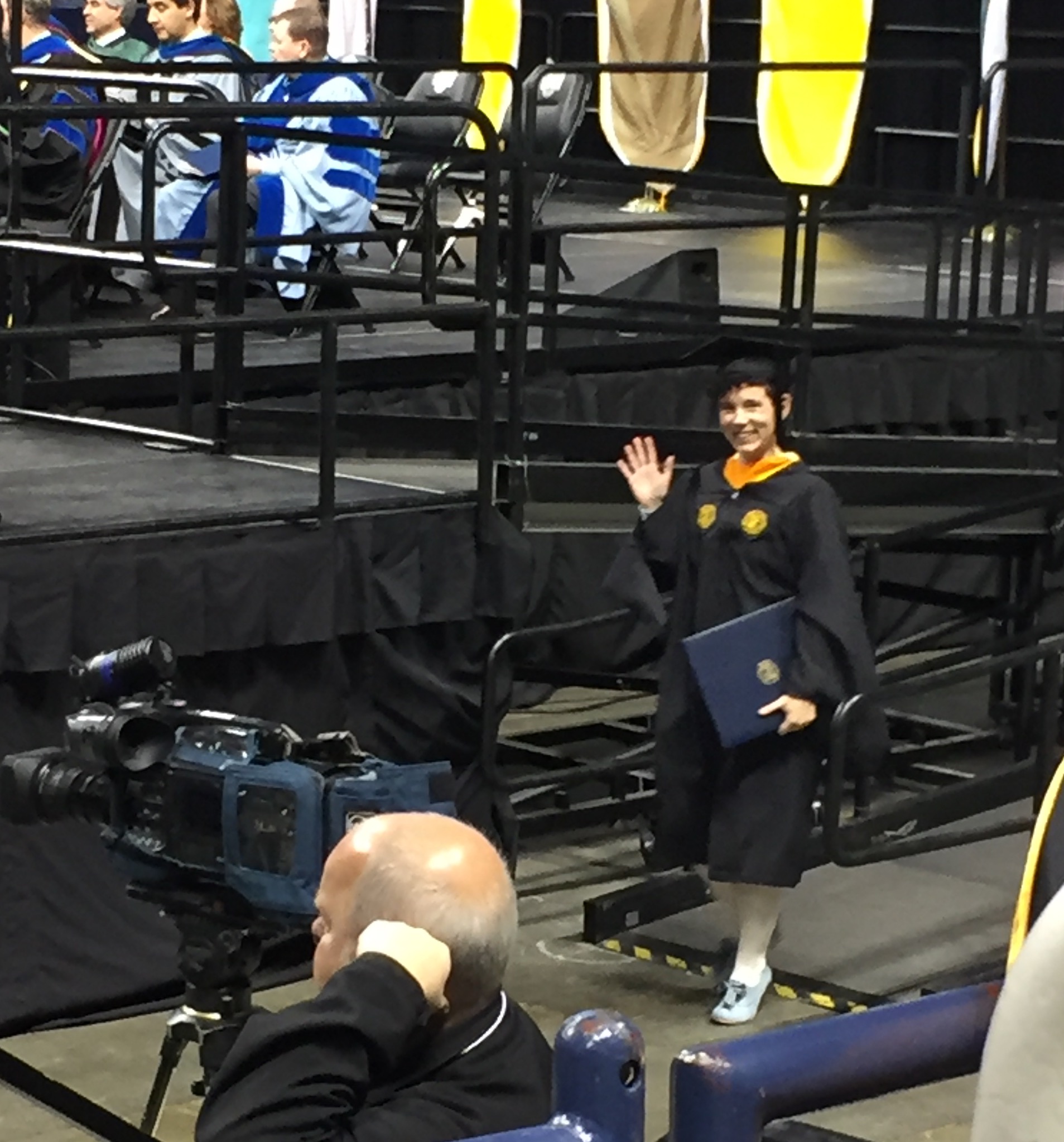