As my book group meeting wound down, a friend stopped me and asked how I was doing. I was preoccupied, watching his arm replicate itself in a stroboscopic pattern. It caught me off-guard and frightened me, but I didn’t let on. “Fine,” I said, as I watched the delusion spread itself across five other members, each one checking in on me, each with multiple arms.

While it might sound like a symptom of a migraine, I’m not a migraine sufferer, nor do I have temporal lobe epilepsy. Those mathematical motifs I see in other people’s limbs and movements are not seizure related. They’re a visual hallucination that I’ve experienced since my teens. I’ve resigned myself to seeing them now and then, but it freaks me out nonetheless. In a way—for me—it’s like when I hear voices. I don’t welcome it, I certainly don’t like it, but it’s a fact of life for this schizophrenic.

With this one visual distortion comes the bucket brigade of symptoms from across my comorbid disorders. The hallucinations trigger anxiety, which in turn brings on my trauma related sensations of fight-or-flight. Once this domino effect starts there’s no stopping it. Symptoms spike up through the ceiling formed by medication. Therapy helps train my focus on mindfulness. I’m reminded that I’ve been here before.

In the immediate sense, there’s nothing I can do to avoid the funhouse ride of cascading symptoms once it begins. I strap in and practice my circular breathing. I close my eyes to get in touch with my body, to turn inwards and hopefully calm myself. If I can’t, my obsessive-compulsive disorder surfaces and my personal ritual of counting and cataloging begins, making my bus ride more of an endurance run than a simple crosstown commute.

Getting to session is like running the gauntlet. My heart rate ramps up. My concentration goes off the rails. I used to rely on music to distract me or help focus my attention elsewhere, but the noise level on the bus drowns out whatever I’m attempting to listen to, so no more earbuds. I’ve tried shiatsu and meditation to redirect my attention, but to no avail. When I’m in this cavern there’s no way out. If I could leave my body, I would. If I could leave my mind, even better.

I get off the bus and make my way to the café. Once there, I order my tea. I take in the play of sunlight through the windows. With my attention temporarily diverted, I head off to session where I do the one thing that has worked for the better part of twelve years—I talk with my therapist. I open up about the week’s ordeal, from the fractals in aspic to the runaway compulsions.

This might not work for everyone, but most of the time it works for me. When I first began therapy I was deep in psychosis. I was self-medicating because I didn’t have a clue as to why my life was in shambles. I approached therapy as if my life depended on it—because it did. Plus, I needed the “paid friend” to help me out of the morass. It was my first step towards managing my illness.

I was med-resistant at first, due to my not believing my diagnosis. How could I? Everything I’d learned from movies and TV told me that a person with schizophrenia was a neglected soul living in a cardboard box, shouting profanities at no one and laughing uncontrollably to themselves. While I had touched this pain in my lifetime, I wasn’t prepared to accept that the delusions and hallucinations were simply that, and that I had a fragmented mind.

The more I learned about my diagnosis, the more I realized that my therapist and the doctors were right. It helped that I’d been hospitalized and assisted through a series of experiences that opened my eyes. Plus there was medication. I was no longer resisting because I was so worn down by the voices and visions. I was desperate. I had attempted suicide. I finally realized that I needed help, and I found it.

When symptoms break through, I still recoil. Because I’ve been made aware of my triggers when they’re the cause—or my circumstance when triggers are absent—I can regroup or reach out if I’m able. I do things that help me maintain my focus on wellness. I keep a journal. I educate myself. I talk with my psychiatrist and my therapist. In the end, it’s contact with another person that gets me over the hump. I’ll leave the heavy lifting to the medications. It’s self-preservation that keeps me in touch. I’ll do what I can to be free, especially when my oppressor is my mental illness. 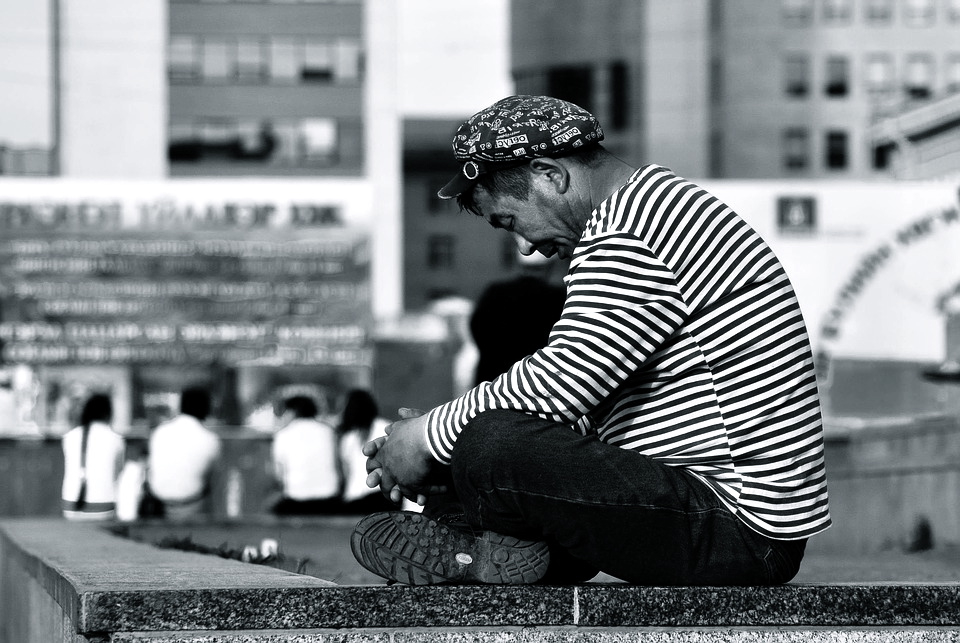