Visiting My Friend With Schizophrenia by Cathy Cassata

The last time I visited Jackie, I was excited to see her. It had been two months since we last saw each other. She lives with her mom, who is still in the same house on the same block that Jackie and I grew up on. Each time I turn down the street, I have to pass by my parent’s old house that I lived in for the first 22 years of my life. My mom passed away 11 years ago and my dad 7, but the amount of nostalgia and sadness that hits my gut every time I drive by the house somehow startles me each time.

The feelings that are stirred up remain constant for Jackie too as I continue a few houses up to hers. I feel a mix of emotions—happiness to see her and a sense of loss knowing a part of her is gone. We’ve been friends since first grade when we met at the school bus stop. Knowing someone this long makes them feel like family, and to some degree part of you. We weathered all the ups and downs of elementary, middle and high school together, and while we went our separate ways for college, we stayed in touch, making sure to meet up during breaks. Shortly after graduating, we both moved to Chicago. There, we explored the city together while sharing our career adventures and evolving experiences with family, friends and dating prospects.

However, in our mid-twenties, Jackie started acting differently. She began showing signs of schizophrenia. She became extremely paranoid and shared her alarming thoughts with me. The one that stands out most was when she told me that she saw the devil walking down the street. “Don’t you? It’s right there,” she said, as she pointed to an empty space. At first, I tried to convince her that what she saw or believed wasn’t real, but as time moved on, I realized that her thoughts and delusions were very real to her and that the best way to be her friend was to acknowledge how afraid she felt, and show her empathy for what she was going through.

Still, for a few years, I tried hard to convince her that she needed professional help, but failed at my attempts. I felt completely helpless, especially when she decided to move to California on whim in our late 20s.

After a few years there, Jackie ended up in prison after assaulting a man. She was sentenced to 7 years in the California state penitentiary system, where she went back and forth between prison and a mental health facility. We wrote letters to each other on and off during that time, and my husband and I visited her once.

Standing outside the mental health facility as I waited to see Jackie was the most profound moment of my life. My mind became filled with happy memories of us playing four-square at the bus stop, walking to middle school together, and speeding off to high school in her rundown car. But, suddenly those images were interrupted by the intense guilt I felt for failing to help her and the fear of seeing her in such a harsh place. Part of me wanted to run away and leave her behind forever. Part of me wanted to just remember her the way she was before all this happened.

But our friendship meant more to me than that. Our friendship now included schizophrenia and prison and everything else that is and will be part of her life, as well as mine.

The visit went fast. We laughed, cried and talked about her illness, our childhoods, and what she hoped for in her future. I knew I wouldn’t see her again for a long time. In fact, it ended up being about five years.

Jackie finished her sentence about a year ago and has been living with her mom since. I’ve seen her a handful of times. The last time I pulled into her driveway, I felt those same feelings I did standing outside the mental health facility years ago. Then it occurred to me that this may be the case every time I see her—sadness with a mix of happiness and hope. I made a deal with myself before I got out of the car that while I’d accept whatever feelings arose, I’d give hope the most credence.

As we drove past my parent’s house on the way to a coffee shop, Jackie asked, “Is it weird to see your old house?” I replied, “Kind of. But things change. I’m glad I have good memories there, but making new ones is good too.” 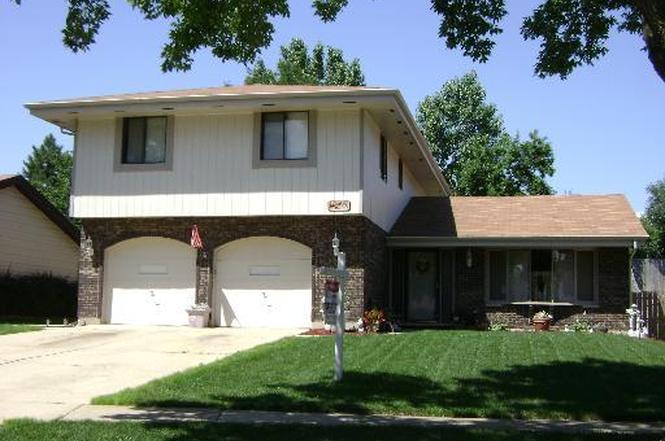