There Is No Spoon

Living with schizophrenia, I sometimes find it challenging to share my observations with others. Probably because I’m never really sure about what’s happening and what I think is going on. To that end, I work hard to discern the difference between reality and fantasy. It’s not always that cut-and-dried. Sometimes it’s a blur, a watercolor wash that makes things hard to distinguish.

Therapy has brought me to a point where I can often reason objectively. With a little luck, I can understand the difference between what is perceived as real by the general population and what is not.

I’ve recently formed a theory that being medicated helps me make sense of my past. Beliefs that I have held as true since childhood are being contested, and it feels at once both exhilarating and disarming. It’s as if I’m trying to convince myself that my beliefs were wrong, thereby negating a personal canon, and in the process accusing myself of being less than a person for having believed in things that weren’t in alignment with the common reality.

We each have an independent narrative that we inform ourselves with at any given moment. We all live, to some degree, in our own private reality, which is generally aligned with the common one. The stove is hot, which we all learned through trial and error or through trust and guidance. Whichever method, we avoid burning ourselves beyond that first time. When the element is on, we can cook. When it is off, we cannot. Simple. Aligned. Common and private enmeshed.

But what happens when the private reality is based on magical thinking? When logic gives way to ideas of reference; when delusion takes center stage and anything common is cleaved from the trunk? What then?

My friend Jeff and I were sitting in his car when I saw a demon pacing in the street. It stared at me and wouldn’t avert its gaze, keeping me in its sights as it crept back and forth in front of the car. Its movements became erratic and it crawled to the passenger’s side, never breaking its stare. It stood for a moment, then loped across the street and into the darkness.

I asked Jeff if he’d seen the demon, and he replied that he had, but that he wouldn’t describe things that way. Jeff believed we’d both seen a homeless man possibly taken aback by seeing the two of us in a car where he maybe hadn’t expected to see anyone. The pacing and animal like behavior might have been in response to the effects of alcohol or drugs, or possibly psychosis. We had no way of knowing. The only thing that was certain was that we had both been aware of him, and that Jeff hadn’t seen a demon and I had.

Perhaps I’d been having some trouble of my own, quick to delusional conclusion and visual hallucination. Perhaps this was my usual state. I believed in demons and angels and nothing could sway me when I was left to my own thoughts. With Jeff’s input, I had to consider an option: that maybe I was not seeing a monster, but that it was instead a man like me, dealing with his own struggles. Reality being malleable, it would be no surprise. It took me some time to adjust to the thought, but once established as reality—and in the company of my best friend—I was calmed and able to exit the car and carry on with our evening.

This is not an uncommon experience for me. When I’m in a group, for example, I can either be exhilarated or tentative, and I never know which until someone brings it to my attention or I ask someone to confirm or deny my apprehension or enthusiasm. Being a paranoid schizophrenic, I’m prone to believing my initial impressions: “They think I’m a creep because I have a mental illness,” or, “They’re stealing my thoughts,” or “They’re plotting to kill me.” Before I give in to these ideas and act on them, I check in with a trusted friend or my therapist. I’ve trained myself to try to rely on others when I’m certain of something that I suspect may be uncertain in nature. Like the demon. Learning that Jeff saw him too, only that he saw a homeless man struggling with his own demons, brought a clarity to my experience that I wouldn’t have obtained on my own.

Reaching out when I have concerns helps ground me in another’s experience, which usually has the effect of swaying my perception toward the common reality. Things are safer there. Paranoia does not dictate actuality. The real world is new to me every day. I do my best to keep in touch. There is no spoon. 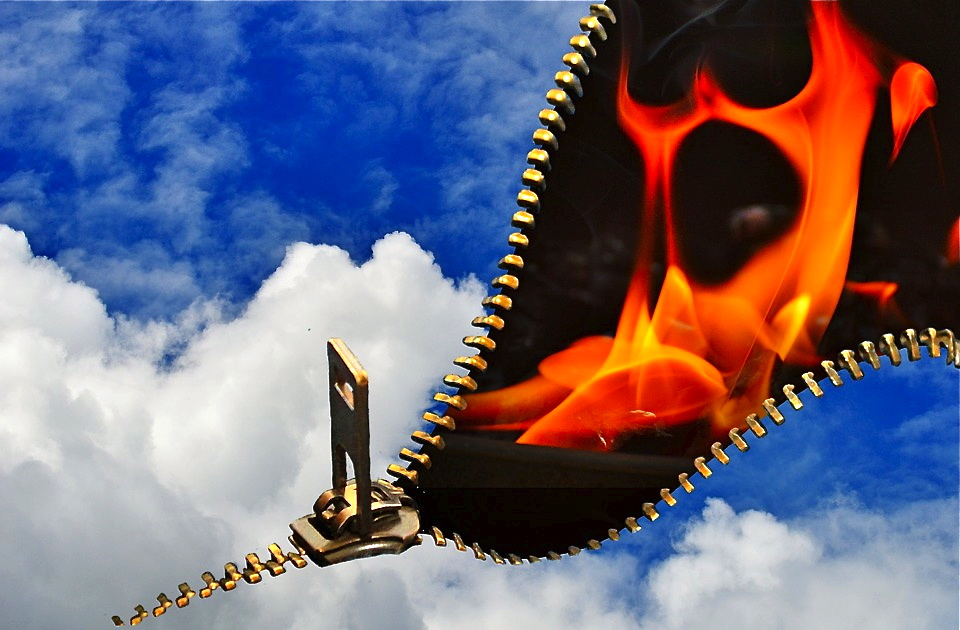