In 1998 at fifty-two days old, Gabby suffered from Hemangioendothelioma that nearly took her life if it was not for Primary Children’s Oncology team in Salt Lake City, Utah. The miraculous fluoroscope procedure and Alpha Interferon treatments allowed her to heal as we lived at Primary Children’s hospital. I applied for separation in the Marine Corps reserves shortly after we discovered Gabby’s potentially fatal illness. We were broke, lost a majority of our friends and our possession as a result of the astronomical treatment and prescription medication costs. After our bankruptcy and several moves from Utah, Idaho, and Alaska, we eventually we landed on our feet again. By age three Gabby was cleared from oncology, neurology, cardiology, and respiratory clinics and given a clean bill of health from a physical standpoint.

By 2007 Gabby went on to lead an almost normal life through her third-grade year. However, during her third-grade year, we were involved in a mass shooting at Trolley Square. The 2007 Trolley Square shooting was very traumatic and we had no way of knowing the extent of the mental trauma Gabby would undergo after this event. The shooting was more disturbing when it was discovered I had met the shooter a few months prior and a number of the victims were close friends with Gabby’s teacher and with my wife’s close friend. Gabby had asked repeatedly how a random act of violence could have so many connections to us. My wife and I didn’t know how to answer Gabby’s questions but like the resilient children we are, we simply picked up the pieces and continued with our lives as best as we knew how.

Gabby’s 8th-grade year was overshadowed by a friend who took his life with a handgun on the edge of the school grounds at Bennion Middle School. Gabby struggled to understand her friends’ reasons for taking his life and the events of Trolley Square resurfaced in her mind. As she moved into her ninth-grade year, Gabby’s eating disorder coupled with unexplained impulse actions started affecting her sleep and wellbeing. As she tried to hide these actions and behaviors, Gabby became more ostracized from her peers despite being a high school cheerleader and eventually dance team member.

Gabby’s depression levels increased as did her thoughts of suicide. The scars of her self-harm cuts were becoming more visible in the locker room to the cheerleaders and dance team members. As she struggled to find joy in activities and school, she was becoming more withdrawn yet put up a mask of happiness to the world and teammates. Gabby started surrounding her social media pages with dark and negative content that was alarming to us and some of the mental health professionals that Gabby met with. We tried a number of psychologists and therapists to help Gabby through what we thought was just a phase but we were proven so wrong. Through her school years, support from her school friends was nearly nonexistent. One so-called friend actually told Gabby she was too hard to be friends with because of her mental state and another parent reported Gabby’s eating disorder as a threat to her teammates.

As Gabby tried to balance school life, her wellbeing, and mental health, she was sexually assaulted by a classmate who was on the football team during her sophomore year. The athlete apologized and admitted the egregious transgression in person to Gabby and sent a lengthy text message. Gabby choose not to press charges in order to prevent unwanted attention at a high school where she was already viewed as odd and different because of her depression and eating disorder. This was very disheartening and crushing for us as we just wanted Gabby to have a normal life.

Gabby graduated high school early in 2015 as a junior and started at the University of Utah in the fall of 2015. Although Gabby struggled with processing and dealing with her high school experiences she was excited to start at the same university her parents graduated from. Based on Gabby’s high school academic record and personality, Gabby was the youngest ever sorority pledge to be accepted and allowed to move into the Pi Phi sorority house that year. Gabby’s new-found freedom perpetuated her access and use of alcohol, drugs and impulsive behaviors. We started to see Gabby become more withdrawn socially and noticed she was putting her health and academic career at jeopardy by mixing hard drugs with her mood stabilizers and anxiety medications. In the midst of her college life and drug use, we discovered that Gabby was officially diagnosed with Bipolar Disorder and had been suffering from seasonal depression. This was extremely alarming that other professionals had missed this or dismissed Gabby as just being a typical rebellious teen. The diagnoses made sense and we could now relate the cyclical swings in mood and behaviors we had observed in Gabby over the years.

Unfortunately, things did not get better for Gabby in college. Gabby was reliving moments of Trolley Square, her friend’s suicide, and now she developed an unhealthy relationship with a recovering addict that would later join her in heroin and cocaine use. The new-found relationship was steeped in emotional and physical abuse that Gabby did not want to acknowledge and often downplayed. As Gabby was forced to leave the University of Utah for poor academic performance, she spiraled out of control in behaviors and substance abuse. Our attempts to help her included providing a safe home to reside and several vehicles for Gabby to use with her new-found abusive boyfriend. We tried numerous times to help Gabby get sober but she refused treatment or would quit.

Over the next year and a half, Gabby was repeatedly thrown out of our house with her belongings and boyfriend. Although we didn’t want to give up on Gabby, she would tell us she was living out of her car or sleeping at various friends couches but she refused to come home without her boyfriend. We were heartbroken and tried repeatedly explaining to her that her bipolar conditions, depression, and drug use were a bad combination that needed professional treatment. Gabby refused to go to any treatment facility. We also started seeing signs of physical abuse on Gabby that we tried involving local law enforcement to no avail. We pleaded for Gabby to press charges on her boyfriend for physically abusing her based on the black eye and bruises around her neck. She downplayed the abuse and refused to press charges or leave him.

Unfortunately, at the height of her addiction, Gabby was sexually assaulted one night by her boyfriend’s friends, and at one point overdosed in her car and received a Narcan shot. In addition, if things weren’t already bad, Gabby was charged twice in the same week with Driving Under the Influence (DUI). Upon being released from the police department on the second DUI, Gabby had the courage to finally leave her abusive relationship and come back home alone. The past 18 months since Gabby came home have been wrought with court-ordered pre-trial services drug testing, repeated Intensive Out Patient treatments, and numerous relapses. Currently Gabby struggles with finding her place in the world again, facing the impending legal problems, dealing with the bipolar swings, the memories of her past sexual assaults, trauma from repeated physical abuse and not to mention the 2007 Trolley Square mass shooting.

Throughout the years we have had a crash course in the lack of mental health support, understanding and benefits available. Millions of people suffer from a form of mental illness or trauma that affects their lives and the lives of the ones that love them. Gabby was not in the military but she has seen her fair share of trauma and has been homeless on a few occasions.

We don’t just want to stop with telling Gabby’s story we would like to bring more awareness to Mental Health and Substance Abuse Treatments. Gabby has many more years ahead of her and her story is not over. 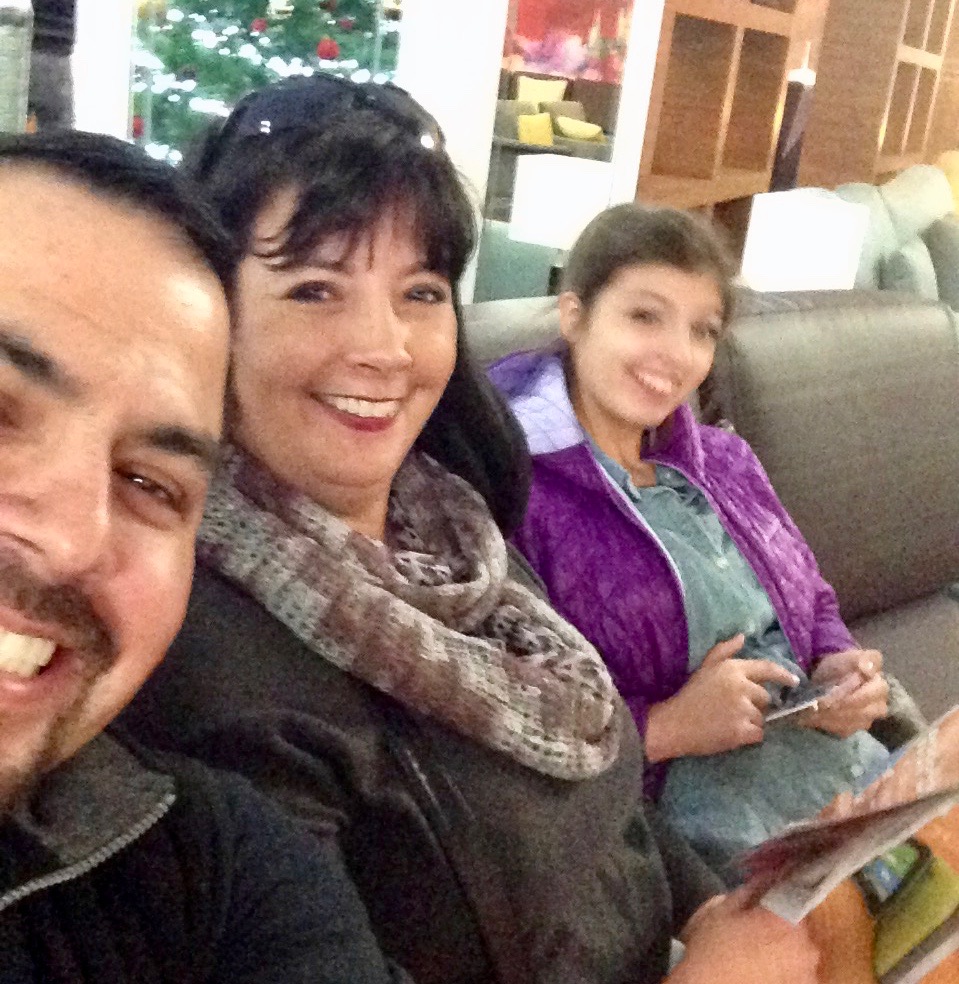