Everyone is living in their own world. At least that’s what they tell me when I say that’s what I’ve been doing. But here’s the difference: their worlds are made up of normal thoughts and actions. They aren’t worried about reality. They are confident that they live in a normal world. They offer the bon mot—often posed as a question—“Yeah, but what’s normal?” It may be intended to inspire confidence, but somehow it seems condescending, as if to suggest that my mentally ill infused “normal” isn’t valid.

What am I supposed to do? Never offer that I don’t feel right? Reject the notion that I even have a mental illness because it doesn’t fit the stereotype of what is or is not normal? It all gets so confusing, but one thing is for certain—when I say that I wish I could be normal, I really mean it. Feeling “other than” just puts pressure on an already stressful situation.

I take meds to feel normal. I go to therapy to learn how to react normally. I interact with others in a manner I believe to be normal. I mirror the actions of others to appear normal in situations where I’d otherwise feel out of place. I do everything I can to respond to a world that I do not understand.

Rarely does that world make sense. I vacillate between being out of touch and having my finger on the pulse. It’s an on|off switch, and things switch all too frequently. I can’t control it. I smile and stand silently in the background when I want to socialize. I nod as if I understand when I have no idea what’s going on.

I live with schizophrenia, a chronic and debilitating thought disorder. I learned at an early age to be seen and not heard, which, in hindsight, was probably for the better. When I would speak my mind, the words came out incoherently and I would be mocked. In grade school, I was treated like an outsider. As an art student it was hip to be vague, so no one seemed to notice my inability to interface. I was simply considered aloof. In truth, I was dying inside for the wish of connection. It wasn’t meant to be. The voices in my head dictated my actions, often compelling me to behave irrationally.

There’s this romantic vision of the schizophrenic as Mad Genius, living a derelict life of drunkenness or smack-addled solitude while composing their pièce de résistance and being tormented by demons. What I know is that it takes a lot of work to create good art or make a scientific discovery, and that an allergy to drink, and an aversion to drugs, has kept me clean and sober for almost as many years as I self-medicated.

The loneliness and pain that come with schizophrenia are not a fair tradeoff for the daily grind or bread. It is a loneliness few know. Reaching out to friends doesn’t happen without maximum effort, and when it does, it is quickly second-guessed and dismissed as futile before anything can come of it. More thoughts than I can track, more ideas than I have space for, and yet the follow-through just isn’t there for anything short of remembering to eat as long as the Post-it notes remind me to.

I have lived out of boxes for the better part of a year-and-a-half, not because I don’t know how to unpack a box, but because the concept of my belongings being boxed up relates to my homeless stint thirteen years ago. The thought that it could happen again, or is happening now, keeps me suspended in a trancelike state of inactive weariness. The phrase in common discourse that “my life is in those boxes” translates to my life literally being in those boxes and therefore either unwieldy to unpack or incomprehensible as unpack-able. So I’m trapped in an apartment full of boxes marked “Nintendo” and “Winter Clothes,” and even though I’d like to play a game or get ready for the rainy season, I can’t because I’m worried that my life will unravel once Pandora’s seal is breached.

The joke goes, “Normal is just a setting on the dryer,” but the only people laughing are the people with normal lives. Practically speaking, normality is an ephemeral notion that I somehow can’t embrace, and not for lack of trying. I do my best to attain that state of being but, even through the meds, I either live in fear or bewilderment or both. I’m an idea, a dream of boxes and dryer settings. Something other than “Hand Wash.” 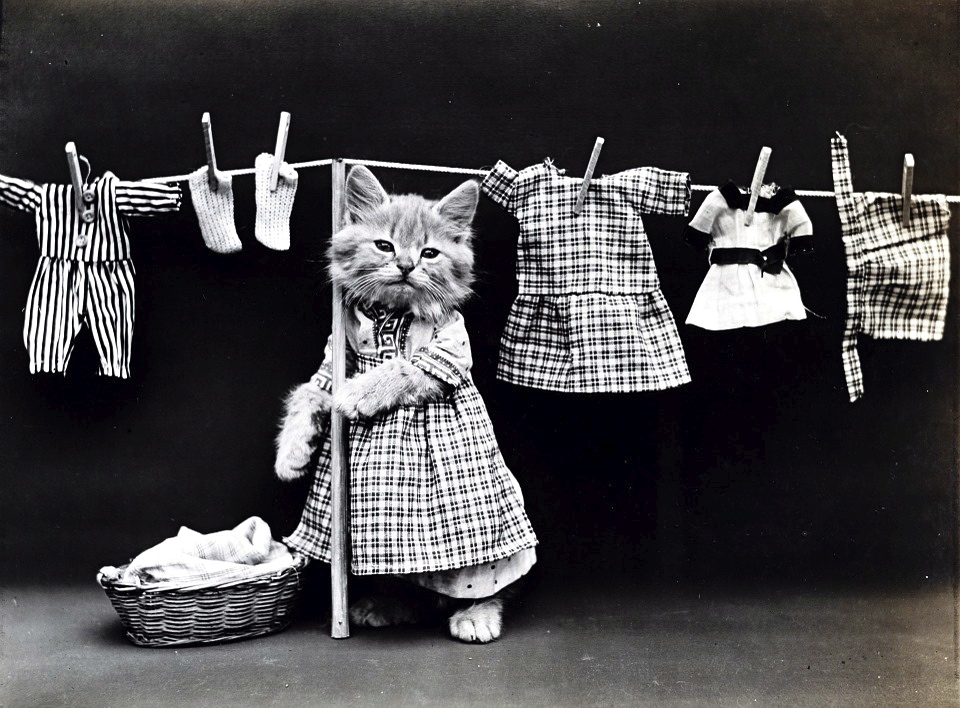