Why do I feel so ashamed? I didn’t ask to be born with schizophrenia. It wasn’t the way I wanted to spend my college years, tumbling further into psychosis. Adulthood would have been easier without a debilitating disorder. None of it was my choice, but I still feel ashamed. Maybe because I didn’t understand what was happening to me. I’d always heard romantic stories about artists who struggled with mental illness, and sometimes I fancied myself one of them, but I didn’t have any desire to actually succumb to madness. Yet here I am, feeling ashamed for being a schizophrenic.

The word schizophrenia comes from two Greek words [skhizein ‘to split’ + phrēn ‘mind’] suggesting the psychotic split from reality experienced by the individual, not “split personalities,” as mistaken by the public. That would be dissociative identity disorder—previously referred to as multiple personality disorder—a rare condition in which an individual’s identity is splintered into two or more separate personality states.

When I’m sick my mind is most certainly split, fragmented so badly that I can’t draw simple conclusions or make reasonable choices. Once healthy, I feel relief from being somewhat complete. In retrospect, I can make sense of a break—when I can remember enough of it to stitch together the broken pieces. But along with hindsight comes the shame. Shame for being unable to think like a normal person, respond like a normal person, or act like a normal person. The meds control the symptoms so that I can follow social cues and guidelines, but it still feels foreign to me. I blame myself for not being a real person.

When I first went into therapy it was to work out my feelings after my divorce. Over time, the following diagnoses were identified: anorexia, PTSD, agoraphobia, OCD, and ultimately, paranoid schizophrenia, disorganized type. I felt ashamed for being a bad child, a compulsive teen, and mad as a hatter. I ascribed experiences beyond my control to my creative temperament. I blamed myself for spending a life lost in confusion and shadow.

I felt ashamed when I was struggling to make ends meet, standing in line at the food bank, and sitting in the welfare office working out my disability income. I felt ashamed when I went to the transit company to get my discounted bus pass, when I waited in line at the pharmacy to pick up my psych meds, when I spoke to my case manager for the first time. I felt ashamed to find out that my roommates had called the police to report me as a missing person. Ashamed to be lying in the ER, shackled to a bed, being admitted to the mental hospital, carrying my teddy bear with me everywhere I went because I needed security while I was in crisis. I felt ashamed for getting my monthly antipsychotic injection. For the times I attempted suicide.

I feel a sadness for missed opportunities and lost relationships. What would my life have been like without a mental illness? My career in music fell by the wayside after losing my mind halfway in. My employment was terminated due to a breakdown in the workplace. My marriage ended during a psychotic break. I lost touch with my siblings and friends. I found myself isolated and alone. Schizophrenia took everything from me, and I had no idea it was happening because I didn’t understand the difference between the common reality and my perceived reality. Because I didn’t know that the way I experienced life wasn’t the same for everyone else.

I feel guilty for having a mental illness. I understand that it’s likely a genetic disorder, but rational thought is hard to come by. The internalized guilt I feel is the very definition of self-stigma. That’s how I choose to see it. If I’m going to advocate against stigmatizing mentally ill people, then I guess I’d better start with me.

I’m working on understanding the shame, sadness, and guilt. I’m learning that these feelings are surmountable. My therapist and I are exploring different facets of my various diagnoses to arrive at a conclusion that helps alleviate the pain of my uncertainty.

I never believed I had a problem, and I don’t feel sorry for myself. I am becoming aware of what has happened to me as a result of mental illness. Knowing the extent to which my life’s potential has diminished is more than a little daunting. I often find myself struggling to comprehend my circumstances. Sometimes I feel like the stereotypes ring true, and that my version of reality is so skewed that I’ve retreated into a dark dream that I’m unable to wake from. With enough therapy and medication I may be able to come to terms with a past lost to mental illness. 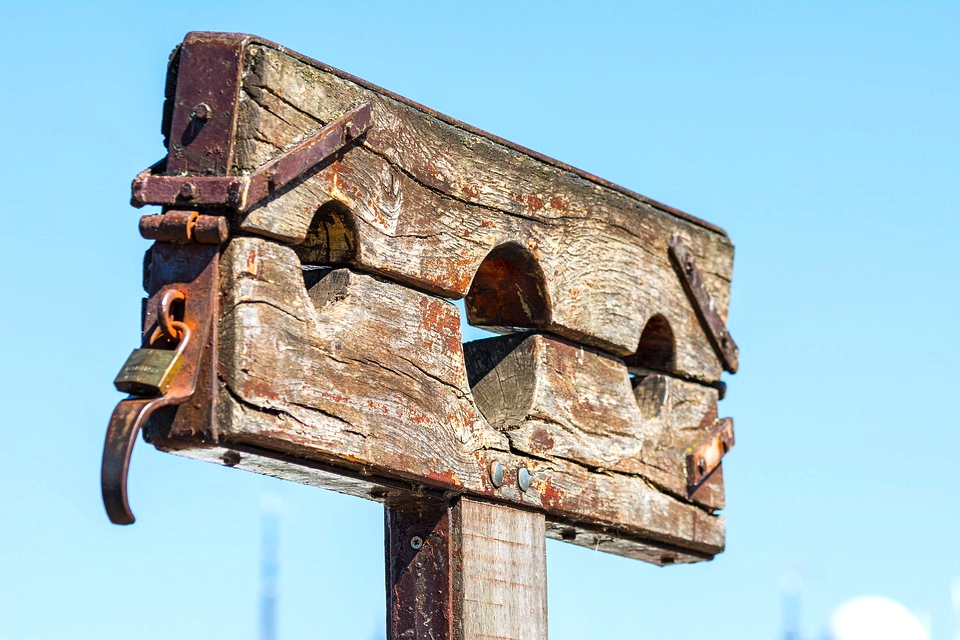