My memories of childhood are filled with grief and despair, as every waking moment, I was plagued with fear, nausea, and vomiting. I have no memories of happy times and now I understand why.

As a child; not a day went by without pains in my head and confusion disrupting every train of thought in my mind, and my body began to crumble from the stress that my mind was under due to the mental, emotional, physical and spiritual abuse delivered to me by my mother, who was obviously depressed (at the least) and totally out of control.

Almost every time I became aware of my surroundings; my clothes had been changed and I was in a different place than before. I honestly believed that my loved ones were trying to drive me insane by telling me things that I had said or done when I knew that I hadn’t, and with so many alter personalities living within my mind, it was very difficult to separate conversations, thoughts, and actual events from my own reality because of the turmoil inside of my mind.

Our house was consumed with violent outbursts from my brothers and sisters and then my mother’s voice would whale out to be heard over theirs. The fighting that erupted between them was frightening and sometimes even ended in bloodshed, sending one or the other to the emergency room. But as for me; I spent my life hiding in my closet or under my bed. Not until I began therapy did I know that I was hiding from my very own mother.

I had always known that there was something “not quite right” with me and my mind but there was no way of telling anyone what I was living with because there were just no words to describe the way that I felt.

I had friends but none that really wanted to spend any time with me because I was always so sick. We would be in the middle of playing ball outside and I would be stricken with severe pains in my head or I would have to run home and vomit. I mean, what kids would want to play with such a strange kid like me?

When I had my “mental breakdown” in 1995, life as I knew it then, quickly faded as I started experiencing visions of people in my head and dizziness, nausea, amnesia, and severe confusion. This was so much worse than what I had ever experienced in the past

Now I know that my alters were being triggered by situations in my adult life and they began to take over in such dramatic ways that I lost all control “literally”.

I found out in therapy that the reason that the turmoil in my mind had magnified so much was because my alters were being triggered so much by adult situations and they were starting to “come out” of hiding and react as if they were trying to protect me again.

I was diagnosed with D.I.D. when I finally was able to get to a doctor. Like most other survivors who suffer from D.I.D. I was shocked, ashamed and embarrassed but at the same time I finally had a name for what “it was”. However, I was scared to tell anyone about the voices because I did not know what would happen to me.

My fear was that I would be put into a mental institution and that my son would be taken away from me. The mere thought of never seeing him or my husband again only added to the drama that I had now found myself in, and it was escalated by the thought of the isolation that I would have lived with and it was beyond frightening, so I had to keep this secret deep inside for a whole week before I could get to a doctor.

My marriage was starting to fall apart, and the way that I was acting only made my husband believe that I was not being faithful to him. I stayed up late in the mornings because I could not sleep and I began to vomit again as I had done years ago. My body was crumbling and my thoughts were so scrambled that I could not even begin to tell my husband what I was going through.

I have been told that I ran and hid every time my mother entered a room that I was in and that I was very afraid of her because she looked so scary when she was angry. I spent almost every waking moment asking Jesus to let me die; to free me from this life of a tormented mind and pain but I felt abandoned by even him at times because of the confusion that I continued to live with.

I’m sure all of this may sound extreme to you, because who could spend a lifetime focused on death as much as I confess to. Even when I see it in writing, it seems so absurd and unbelievable. How I do wish that this was all made up in my mind and it was all just make believe but as I talk to people that knew me in my childhood, they have all told me how much my mother hated me and that they observed the fear inside of me when I was around her.

My relationship with Jesus grew stronger as he was my only link to the sanity that I fought to cling onto. Jesus never did really abandon me as I believed he had. You see he did deliver me from all of the turmoil. And even though my life still seemed so confusing and severely painful, he blessed my soul with his love and courage. And these gifts were the things that kept me from losing my mind completely.

The nausea and vomiting are only history now and even though my physical pains remain and even worsen with time I thank God for my husband, son, therapist, doctors, and friends who have delivered me from a life filled with confusion and loneliness with God’s gentle guidance.

Of course I do have some memories of adulthood but basically my youth has vanished, good and bad memories alike. As an adult, I can recall sitting around on Christmas Eve while brothers and sisters would laugh about things that had happened when they were young.

As part of my own therapy, I built a website and have been able to help more survivors, their supporters and others who need personal support. 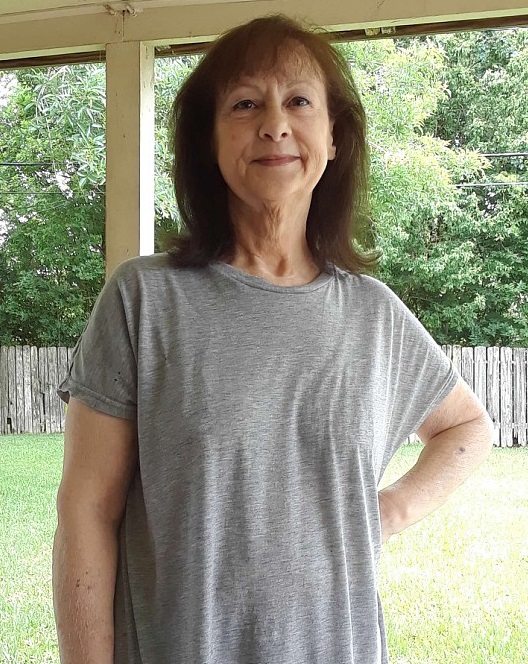