A New Outlook On Life

Over the river and through the woods to Grandmother’s house we go—quite literally. For the past few Christmas Eves I’ve attended a friend’s family holiday tradition of gathering the tribe and enjoying one another’s company for the Yuletide. There’ll be conversations galore throughout the evening, and this year, should they come up, I’ll to do my best to answer questions about my mental health as succinctly as I can. Not because I’m feeling curt, but because I don’t want to let my schizophrenic mind ramble untethered. Of course that’s a worry from my past; I’m more cohesive today. I can almost think linearly. And that’s a new experience.

Last year, I’d been discharged from the mental hospital only one day before and was feeling pretty tender. My self-confidence would be slow to return, but that would be an ongoing process. The month prior, at Thanksgiving, I managed to stumble a lot and speak incoherently. I’d been in three psych wards since late September 2018, and wound up in the mental health facility outside of town as my last stop. There, I was weaned off the medications I was taking, and placed on a new regimen in the hope that I could regain my faculties and reroute my mind. It worked. Psychosis faded, clarity returned, and I began feeling stable for the first time in my life. As a bonus, it snowed on Christmas Eve and Christmas Day, which rarely happens in Seattle. I watched flurries swirl on the taxi ride home from the asylum. It was magical in a way that’s only shared in Christmas cards and carols.

I called my best friend, as he had the keys to my new apartment. I’d moved in between hospitalizations just three weeks earlier, but because my condition at the time was so advanced, I didn’t remember moving. All I could remember was a dullness at Thanksgiving, and paranoia taking over to the point that I hid my phone in my room and fled the building because I was certain that the police were after me. Police and vampires. In an attempt to escape both, I ran as hard as I could in the pouring rain, and managed to fall face-first into a rockery, breaking my glasses and cutting my eye. My friends had been in to look after me, but I was gone walkabout. I wound up in a different neighborhood, and since my friends had filed a missing person’s report on me, I was certain those police were after me for reasons of vampire slaying. A kindly neighbor found me tearful in the rain, my clothes disheveled and drenched, and offered me a bag of clean, dry, clothes. The kindness of strangers.

So after all of that, and the month at the mental hospital, I was preparing myself for an evening of gentle jawing and light frivolity. What I wasn’t prepared for was how tentative I felt because I was just getting used to the effects of my new meds. One of my friend’s daughters is studying to be a nurse. She engaged in a supportive conversation with me over a glass of sparkling cider. The aforementioned Grandmother was happy to see me doing better than the month before. Another daughter who lives with Ehlers-Danlos Syndrome, commiserated with me on the effects of being overmedicated and the balance recovered when the meds get sorted out. The family was encouraging throughout the evening, and riding home in the growing snowstorm was exciting and wondrous.

On Christmas Day, a dear friend whom I’d made in the psych ward two years before, dropped by and cooked me a lovely Christmas dinner, rightly assuming that I hadn’t had time to go shopping. The cupboards were bare. She cooked a lovely meal. I talked about my various stays and she reminded me that she’d been to visit me at one of the hospitals. I had no memory of that time, save for an oversized cupcake that one of my friends brought in to share with me. As time goes by, my amnesia fades, and I remember snippets of experiences I’d had at the various hospitals. We topped off the evening with a laptop viewing of “A Charlie Brown Christmas.” I felt like I was convalescing nicely. The meds were working.

The next morning, my best friend came over to pick me up and take me on a grocery run amidst the Boxing Day shoppers. To put it mildly, I was overwhelmed, but focused none the less. Our hearts were in the right place, and that place was recovery. He helped me shop, I stocked the cupboards, and was on my way to a New Year filled with a positive impetus and hope for my future, aided by healthy choices and modern medicine. Good friends and caring family make healing so much more effective, especially when I can actually feel, unencumbered by anxiety, depression, and psychosis. Schizophrenia is a disorder I live with, but it doesn’t own my life. I do. And even when symptoms pop up, or persist beneath the surface of life, I still know that I will be all right. Or at least I want to believe that. And that’s the best gift I can share: faith and encouragement. Listen. Talk. Don’t give up. 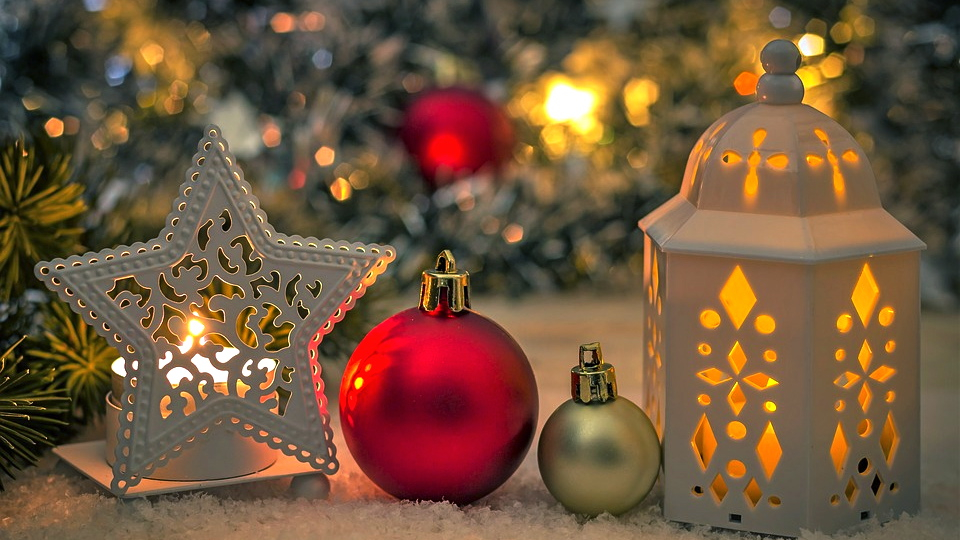