Calls to the Void by Liz Beaver

Sometimes I just want to jump off a ledge, crash my car, ingest poison, or cut into my skin to see what’s under there. I just learned recently that sensation has its own title – a “call to the void.”

Most people experience this odd sensation to fling themselves into mortal danger once or twice. Put your hand in that machine press, turn the steering wheel a little more to the left and smash into all those construction horses, jump off the balcony – what would that be like? Most people subsequently shudder and laugh at themselves, thinking, that was weird, and carry on. I do, too.

I never talk too much about it because the subject is taboo, especially for a mom of three in the suburbs. People are bound to think I’m going to be that lady who packs up her kids and the dog into the minivan and drives straight into the ocean. I’m going to get a call asking if I need to talk to somebody or some concerned citizen will report me to child services.

I can’t have the backlash of people thinking I’ve lost my grip, or trying to take my kids away. I know I’m not a danger to anyone. But to utter those words gets you thrown under a cold microscope by your family and friends, as well as strangers. People make assumptions about your life and start diagnosing you with stuff they heard about on a holistic blog site or a murder mystery TV show.

And that’s the rub. I need to say, “Hey I want to take this blade and run it over my skin” to someone, but the way we deal with mental health doesn’t allow me to trust saying that to anyone. I read about it all the time in 140 characters by social media personalities who can broadcast these things and have it come off as tongue-in-cheek, millennial, or edgy. But because I’m a middle-aged mom, it’s just uncomfortable for everyone.

Calls to the void are normal, even for typical people, just like an occasional panic attack, bout of depression, or strange mind-out-of-body sensation. It would make sense that those of us with mental illness experience them louder and stronger than everyone else. It’s a compulsion, not a true desire to die. It is one of those things that I wish we all talked about more, so the ones who experience this don’t feel like they are “dangerous” and so people who are having real suicidal thoughts can come forward and get support, instead of hiding in fear of the ensuing drama and judgment.

People need to feel safe opening up about these weird thoughts that don’t quite fit into a “normal” checklist of casual mental illness. There are those out there who just need someone to reassure them. There are also many who truly need this space so they don’t harm themselves.

As for me, I will always go with the tea. But seriously, let’s talk about the void. 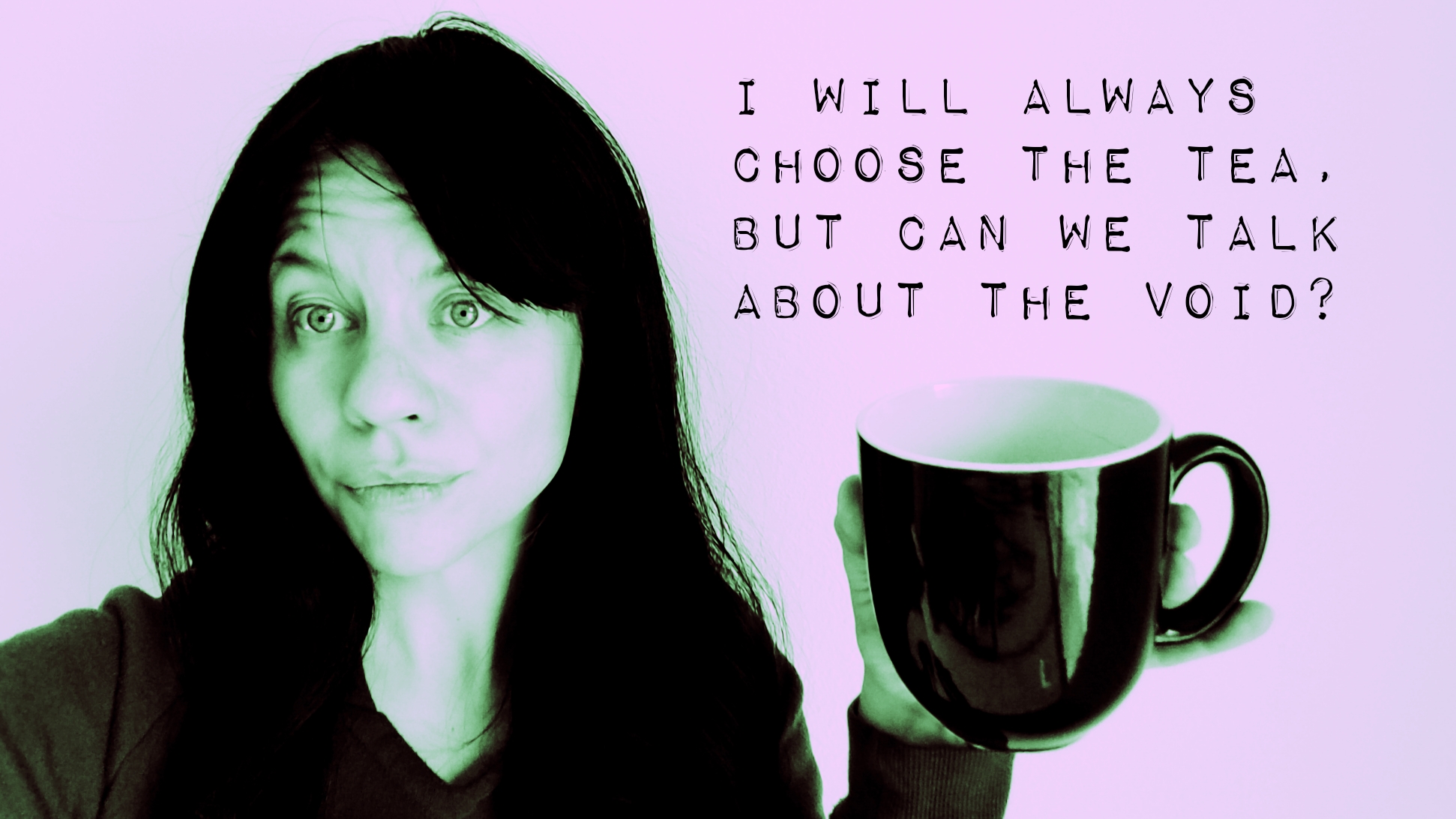