I did not know much about depression a few years ago. I knew it was serious but like many people, I assumed that it could be treated by the right medication. I quickly learned that my thoughts were naive and depression is a lot more complex than I could have imagined.

It was December 21st, 2014 (a day before my uncle’s birthday) and I was flying to Athens to spend time with my uncle and grandma. We had so many wonderful plans for his birthday and the holidays. I am sad to say that things didn’t go as planned.

I was boarding the plane when I received a phone call that changed my life forever. It was my uncle and he was talking super fast and panicking. He told me that they were waiting for an ambulance to take my grandma to the hospital and that she tried to take her life. His girlfriend found her in the bathtub with blood everywhere. He told me that the situation was critical and that she had brutally harmed herself. They weren’t sure if she was going to survive.

I couldn’t believe what I was hearing. I fell to my knees, dropped everything I was holding and started gasping for air. I couldn’t breath and at the same time I wanted to scream. I felt like someone ripped my heart out of my chest. It was brutal and this is when I realized I was having a panic attack.

Tears started rolling down my face like a river and it felt like the whole world was closing in on me. Fellow passengers gathered around and kindly helped me collect my things so I could get on the flight.

I was given a glass of water followed by a glass of wine to calm me down. I stood in the front section of the plane near the bathrooms and just bawled my eyes out. I was shaking and couldn’t collect myself. I couldn’t believe it. How could this happen to our family?

This is MY grandma who is my best friend, so kind, always smiling and laughing and there had to be some sort of a mistake. I called my best friend in Athens and told him to pick me up from the airport as soon as I landed so we could go to the hospital. During this four hour flight, I had no idea whether or not my grandma would survive this horrible accident. I repeatedly asked myself, why is this happening? Why did she do this? How was she suffering this much and we didn’t know? Why weren’t we there for her? I could not stop blaming myself over and over. It was the worst four hours of my life not knowing if my grandma would be alive when I landed in Athens.

As soon as I landed, I called my uncle and he informed me that she was still in surgery and there was no news from the doctor. I knew this wasn’t good. It made me even more anxious and upset. My best friend took me to the hospital and we waited for another three hours in a cold empty hallway with nowhere to sit. She was in surgery for close to seven hours.

Finally, the surgeon came out and told us that they were able to save her but it was almost impossible to save her hands. The recovery time wasn’t going to be easy. When I first saw her, she was ‘out of it’ and both of her hands were completely covered in casts. My heart broke to see her like this and I felt so confused. Didn’t she know how much we all loved her? 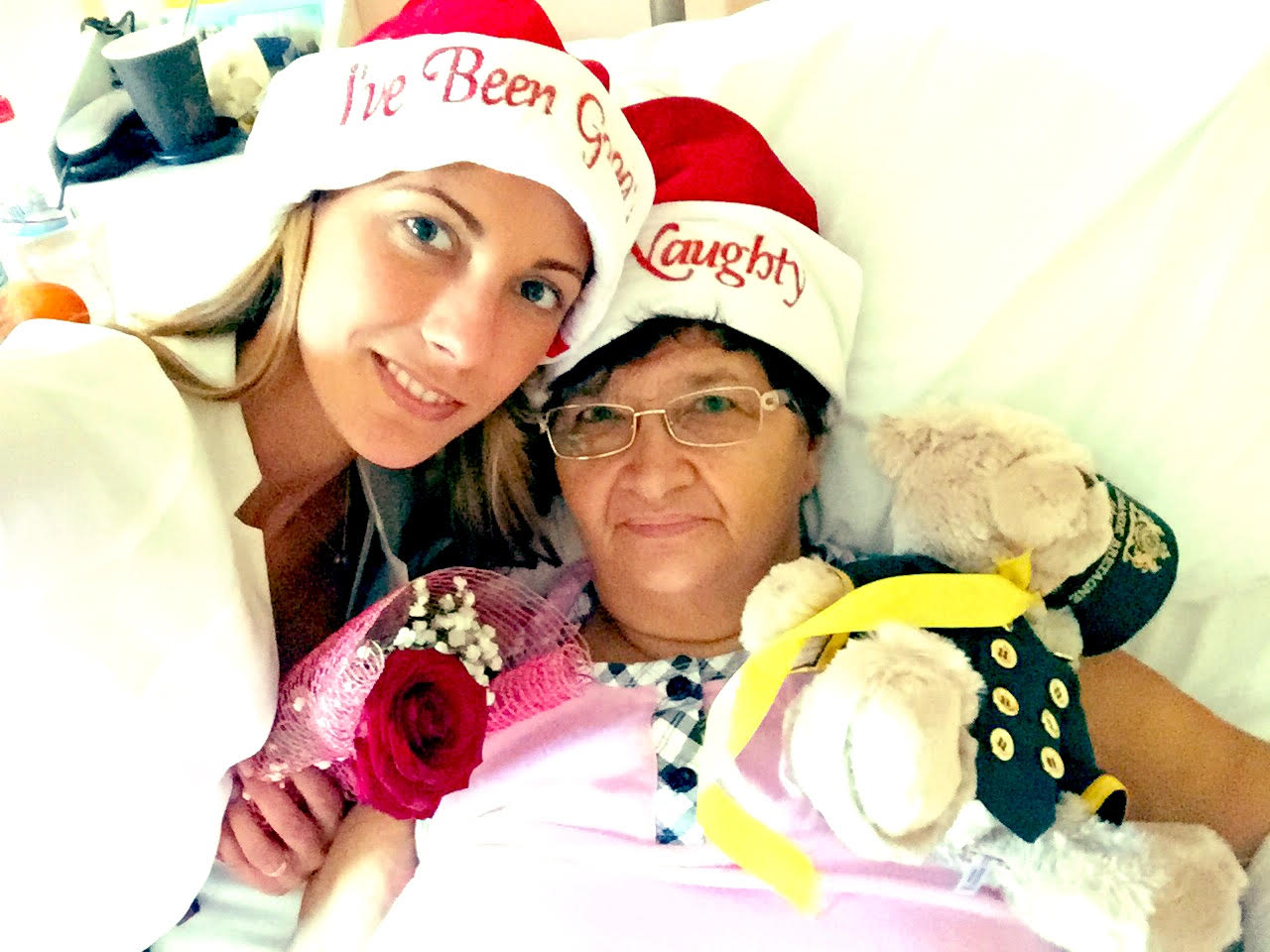