My Long Path To Recovery

I received my diagnosis of paranoid schizophrenia ten years ago, finally putting a name to something I had wondered about most of my life. It provided an answer to my questions of why people were always asking me to make sense when I spoke, to reign in my thoughts, not act so erratically, and to step out of the corners I was hiding in.

I began to understand that the things I was hearing and seeing had an origin in the disorder and weren’t just my imagination, even though no one else heard or saw them. I still felt like an outsider, but I thought that maybe I’d found a key to being social at last. What I actually discovered was a loneliness that no amount of interaction could assuage.

There were always ideas, notions that would grab ahold of me and not let go. It didn’t matter that my therapist and a psychiatrist had both told me the same thing, that I was dealing with a mental illness. I had a debilitating thought disorder that would be with me the rest of my life.

I white-knuckled it for a few years, relying solely on therapy to create stability, although I rarely felt normal. I researched schizophrenia, learning everything I could about it from as many sources as I could find. This provided information and a working knowledge of the illness, but no relief from the symptoms or the loneliness I encountered.

In my sophomore year at college I’d experienced psychosis and been to the local hospital for it. There I was given chlorpromazine and sent home without any explanation or follow-up. I hated the way the medication made me feel. This set me on my path of med-noncompliance. I didn’t want my chemistry futzed with. I worried that I would lose my creativity, that my art would suffer, that I couldn’t write, or draw, or play music. I just wanted to get through life unfettered by medical intervention.

Throughout my life, I experienced periods of relative normalcy, only to be thrown into psychosis at unexpected intervals. Those periods compounded over time, and I fell totally out of touch. I found it hard to communicate. My career as an artist fell apart. My marriage suffered. I was eventually divorced, and homeless for four months. I struggled with alcoholism. I broke down. Life meant nothing to me.

I was on the verge of giving up when I found my first therapist. Although we didn’t bond as tightly as I had expected from the conventional image, we did establish a rapport that helped me understand the therapeutic relationship. Therapy became my anchor. I did not have a firm grasp on reality, however, and was soon living in a twilight, afraid of people and things, afraid to eat or sleep, just afraid. My therapist left the practice to concentrate on raising a family, and on her recommendation I met with my current therapist.

I was diagnosed within our first year. I sought a second opinion and it only confirmed the truth—one I didn’t want to hear. It was impossible to believe that I had schizophrenia. Even though I’d been going to the ER regularly for panic attacks, I hadn’t accepted that I was struggling with mental illness on any level. Stigma confronted me at every turn; I was dealing with the same stereotypes that anyone influenced by culture would. I couldn’t make sense of my life.

In the hospital I had been introduced to meds to control my anxiety. I was prescribed an antidepressant. That combo worked until it didn’t. Three years ago, I had become increasingly unstable, hearing command voices instructing me to kill myself. I followed their orders and wound up in the psych ward. I was medicated again and found my stability, but it was fleeting. In less than two years I was living in psychosis and fighting the urge to die by suicide. I was admitted to the hospital and spent the better part of four months recuperating from the demands of the voices and the confusion of the delusions and hallucinations which plagued me.

Since that last hospitalization, I have been living a fairly balanced life. I still deal with side effects periodically, but they’re a trade-off I’d rather have than the experience of full-blown mental illness. I take daily meds to supplement a monthly antipsychotic injection, and so far it seems to be working. I still hear occasional voices, and I still talk to myself at inappropriate times, but it does no one any harm. Sometimes I find myself thinking delusional thoughts, but I’m not compelled to act on them. I can think coherently. I can concentrate. I can make plans and follow them through. It seems like it’s been years since I could do those things. I feel like I have a life now. Therapy and medicine have helped me in my recovery, even though it took me a long time to come around to the realization that they could. 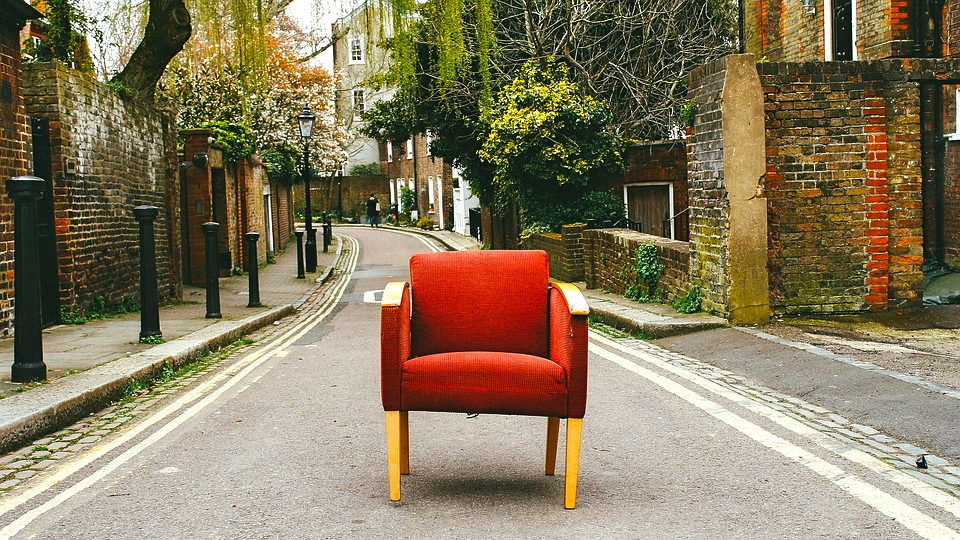