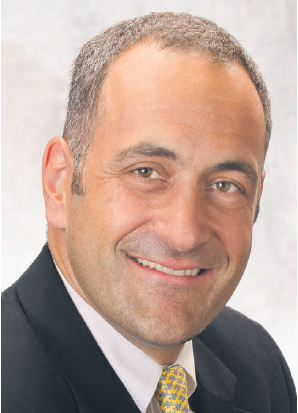 Eric Arzubi M.D. is a board certified child and adolescent psychiatrist and serves as Chair of the Department of Psychiatry at Billings Clinic, Montana’s largest healthcare organization. He earned his B.S. in Foreign Service from Georgetown University in 1991, after which he spent 8 years in Latin American journalism and finance. In 1999, he walked away from his job as a Morgan Stanley bond trader in New York City to pursue his real passion: medicine. After finishing his pre-med studies at Columbia University, he attended the Yale School of Medicine, where he earned his M.D., completed psychiatry residency, and specialized in child and adolescent psychiatry. Arzubi considers himself a mental health advocate first and a physician second, having co-led Keep the Promise Coalition, the public policy arm of NAMI of Connecticut. He joined Billings Clinic in 2013 and was named Chair of the Department of Psychiatry the following year. In 2017, he was appointed to the organization’s Leadership Council, which acts as the physician-led internal governing board. Since moving to Montana, he has led the creation of Yellowstone County’s first school-based health clinic, the state’s first psychiatry residency program, and the development of Montana’s first EmPATH unit, an innovative model of care designed to serve patients in a psychiatric emergency. Montana has posted among the worst suicide rates in the U.S. over the last 40 years; in response to this ongoing crisis, Arzubi is committed to transforming the way psychiatric services are delivered in rural America, using innovative workflows and technology-driven solutions. In 2017, Arzubi served a one-year term as president of the Big Sky Regional Council of Child and Adolescent Psychiatry, a regional chapter of the American Academy of Child and Adolescent Psychiatry.