There’s No Excuse For Stigma

I was at a gathering where people were sharing personal stories, and one person spoke about her two cats. She described their opposite natures by stating that “One cat is a perfect gentleman; the other is a schizophrenic.” This elicited uproarious laughter from the participants. I sank into my chair and cringed, my heart in the pit of my stomach. Only three weeks earlier, I had shared my story, chronicling my experiences from my diagnosis to my hospitalizations, from denial to acceptance. I told the room that I live with schizophrenia.

The crushing feeling of hearing the term “schizophrenic” being misused is hard to describe. I told a handful of my friends about the woman’s description of her pet, and their reactions were fairly unanimous—it was a clear case of ignorance and stigma. She was trying to be funny, and it worked. Everyone laughed. Which meant the whole room was pretty blasé about her insensitivity.

The woman could just as easily have said, “One cat is a perfect gentleman; the other is a handful.” It was assumed she meant that her cat was unpredictable, but if her intention was to describe the animal that way, she could’ve said so rather than to have reached for the low-hanging comedy fruit. One might be thinking, “Since when did schizophrenia become comedic?” Since the outward symptoms of disorganized speech and involuntary movement first derailed the neurotypical population. Has society not matured beyond misappropriating a mental health diagnosis for a humorous reaction, or is this simply something that we need to accept as de rigueur?

Society still paints with a broad brush when it comes to The Other. We’re raised from an early age to be aware of our differences rather than our similarities, which, when misdirected, can result in such ugliness as racism, sexism, and ageism. Mental illness is the last target for intolerant behavior, the last quarry for the cruel, because mental illness by its nature knows no division. It crosses age, gender, racial, and economic boundaries, whether it’s a result of genetics or a consequence of psychological or physiological experience. Individuals can’t be blamed for the origins of their mental health. Society, on the other hand, needs to be held accountable for its collective unenlightenment. Ignorance is no excuse when there is so much information available. Conversations need to be had. Awareness needs to made.

One friend suggested that I should have spoken to the woman, should have said something like, “I live with schizophrenia. It’s no laughing matter.” In hindsight, he may have been right, but in the moment I was gobsmacked, blindsided by the statement and the reaction that it got. My response was likely generated by a lifetime of remaining silent when such remarks were made. From childhood abuse to bullying in the workplace, I kept my feelings to myself. When I talked back or spoke up, the consequences were never good. I was never taken seriously. Children should be seen and not heard. Coworkers are as dismissive as management allows. In those circumstances conversations can’t be had except at one’s own peril. A child could get hurt. A job could get lost.

To take a closer look at the stigma surrounding schizophrenia, one might wonder why we are drawn to such enigmatic literary and pop culture figures as Lewis Carroll’s Hatter, Batman’s Joker, and Giraudoux’s Madwoman of Chaillot. Screenplays and TV scripts only show us outward manifestations of internal struggles and unfavorable caricatures of crippling symptoms. Is our fascination with these portrayals of out-of-control individuals in a control-oriented world something that draws upon our curiosity, ignoring the fear that we might ourselves lose control, or do we secretly wish to have that imagined freedom to say and do whatever we want regardless of consequence? If so, does stigma presuppose that the schizophrenic is in control of their symptoms? Does the discrimination of the mentally ill derive its power from the belief that they have a say in the matter? Why do we deride them, never seeing past the symptoms to the person within?

The cumulation of the answers to these questions is the subtle poison of self-stigma. Like anyone living in this culture, I grew up with derogatory epithets for various states of mental illness, never once acknowledging the terror of psychosis or the sting of the lash of small-mindedness. Lived experience has given me the courage to advocate for equality and compassion. Educating others is a key tool towards achieving that goal. It all begins with conversation.

The cat was not a schizophrenic. Its owner was oblivious to the feelings of others. It was a naive, if not selfish, word choice, akin to name calling on the playground, exemplifying the stigma that I champion against, although on this occasion I was sidelined by her audacity and my astonishment. I need to practice tolerance of others and allow them to learn, just not at my expense. There’s no excuse for stigma. 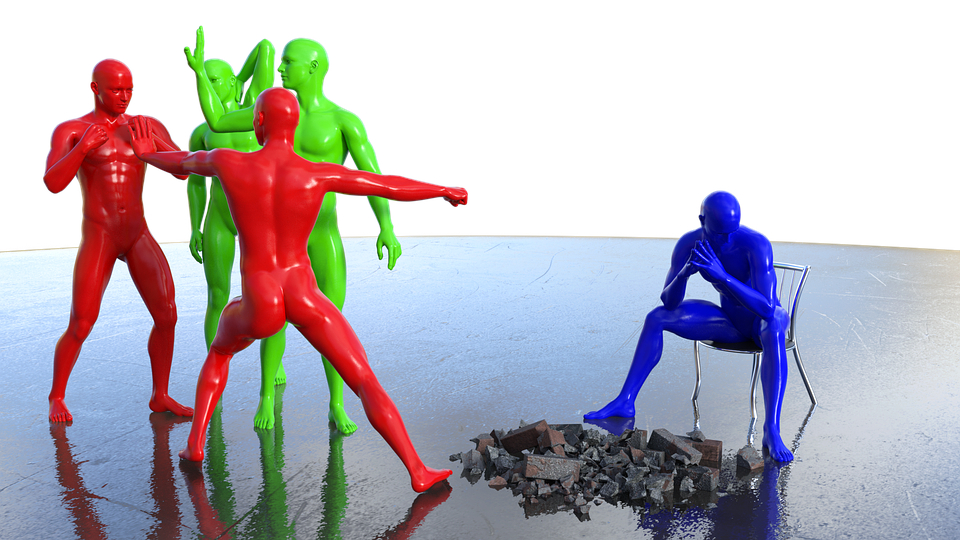