The Disease of a Thousand Faces by Miriam Feldman

I just got off the phone with yet another psychiatrist. I spent the good part of the weekend squirreling around the internet looking for doctors who will take patients with schizophrenia.. I have piles of buck slips all over my desk with pencil written names and phone numbers. I cannot accept that there isn’t a doctor out there who can help my son. My husband says I have to accept it and I scream NO, I’M NOT ACCEPTING IT. He shakes his head and says something softly that I can’t hear. Don’t want to hear.

I talked for a long time this morning with Sarah, Nick’s caregiver, who works for an agency that is contracted by DHS to care for the disabled. She seems to be the only person who gets it. She is appalled when I tell her they won’t give him therapy because it is not protocol for schizophrenia. She gasps when I tell her that they have cut his time with his case manager because he won’t talk to her (an obvious feature of the disease they are supposedly treating) so they deem it a waste of time.

“I talk to him all the time, no matter what,” she says. “Sometimes he smiles and once in a while he responds.”

I describe how I chatter away to him when we do errands and I believe he enjoys it. She says, “I know!” So Sarah and I will talk to him, and we will not be discouraged.

The medical professionals all take the position that as long as he isn’t harming anyone or himself then it’s a success story. A success story where the protagonist sits on a black futon in his apartment, all day every day, watching You Tube. Interesting concept of success.

The kind doctor who returned my call has been practicing for 48 years. He tells me that the simple truth is they don’t know how to treat schizophrenia. “We call it the disease with a thousand faces,” he says, and I feel that pressing heat behind my sinuses, bearing down on my eyes, my nose…crap, I start crying.

He clearly feels terrible, He promises to shake some trees and get back to me at the end of the week. I am grateful to encounter a person who cares, but I know he won’t find anything. No such tree exists. I’ve shaken them all myself.

Sarah and I finish our conversation by trying to figure out a protocol for Nick to manage his groceries and food intake, because things are out of control. The world is full of doctors, psychiatrists and social workers, but when it comes to my one son and his one schizophrenia it boils down to Sarah and me: two moms (one the mother of the patient, one a mother with a boundless heart) who must try to cobble together a treatment plan for one of the most serious mental illnesses. I realize what a grace it is to have Sarah in our lives and decide to focus on that.

And the snow falls outside my window hiding a thousand blemishes and softening the world into a dream. 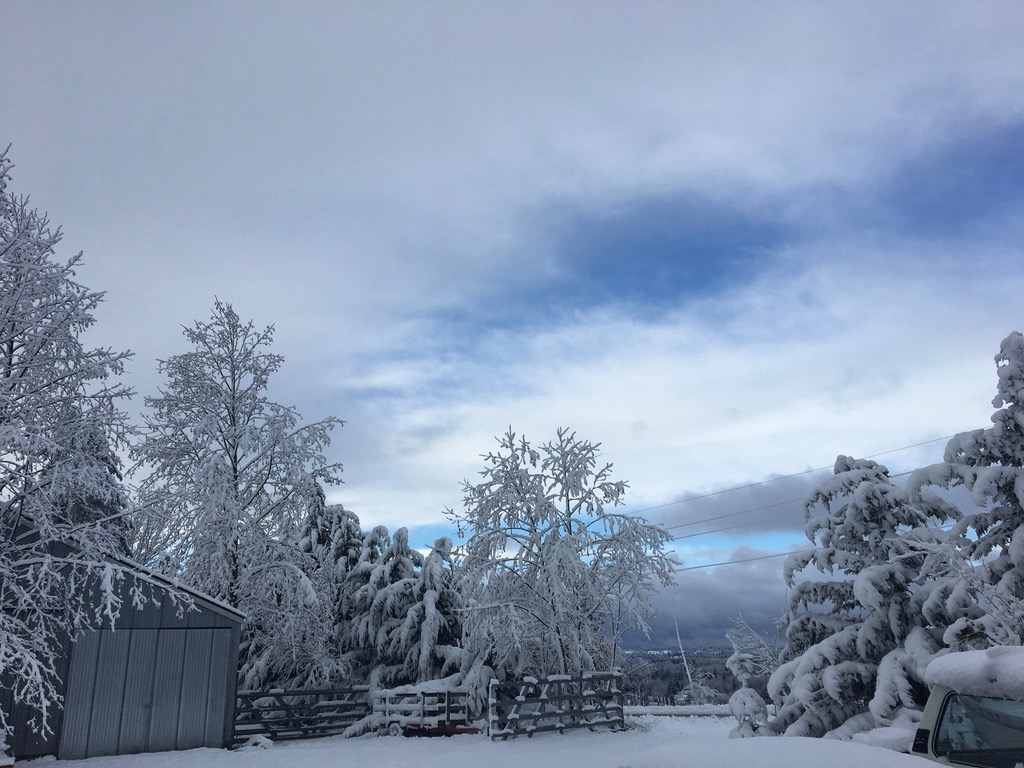