Getting Back On My Feet

When someone asks me how I’m doing, I generally say that I’m fine, which is true a lot of the time. If they’re aware that I struggle with a mental illness, I might tell them that I’ve been feeling a little off. If they’re a close friend I might say that I’ve been seeing and hearing things, knowing they’ll understand what that means because we’ve talked about it before.

It’s rare that I’ll share when I’ve been wrestling with delusions because this is where communication too easily breaks down. The cultural overuse and misunderstanding of the word “delusional” implies that there’s an intentional motivation behind said delusions, which, of course, there is not. In a thought disorder, delusional thinking is often random and intrusive; in schizophrenia it frequently goes hand-in-hand with fear-based thinking, especially with the paranoid and disorganized types, of which I am both.

When I offered my consumer’s knowledge of so-called symptom “leakage,” my psychiatrist explained that what’s likely happening is that the antipsychotic medication I’m taking is allowing me to experience my symptoms for what they are, and that I am now more easily able to discern the difference between what is a symptom and what is not. Most people never question their experience of reality. They don’t stop to wonder if the chair they’re sitting on has feelings of accountability, or whether the grass beneath their feet says daily prayers for rain. They don’t worry that others can steal their thoughts, or that the newscaster on television is dictating their fate. They certainly don’t hear disembodied voices commenting on their every move, belittling their personalities, or ridiculing their hopes and dreams with derogatory remarks. And it’s a pretty safe bet that they don’t see things that aren’t there. Sometimes a shadow is just a shadow, but sometimes a shadow isn’t cast. That’s when the demons come out to play, and you can’t convince me otherwise. Hallucination, meet delusion. Focused. On point. Locked in.

Since getting my medications adjusted sixteen months ago, I’ve become incrementally capable of responding to the common reality despite schizophrenia’s influence. I’m more keenly aware of the difference between what I think is happening and what is actually happening. I’m growing more adept at handling reality as it comes to me, carefully sidestepping any mental pitfalls that might otherwise derail my ensuing thoughts and reactions.

Delusions and hallucinations seem to be my mind’s response to states of anxiety, which is one of the reasons that I take an anti-anxiety medication. When I stray too far from my routines, my anxiety ramps up and I’m open to experiencing aural and visual hallucinations. Apparently I always have and always will, according to the definition of my disorder. Medicine helps me differentiate actual from fantastic.

At an outdoor music festival, revelers might take mind-expanding drugs to experience a hole in the time-space continuum, or see the taste of the colors of the rainbow. Since my brain does something close to that already through its own chemical imbalance, it only stands to reason that a pharmaceutical drug could help me reverse the dynamic and put that rainbow back into the equation in a tidier fashion. I never took psychedelic drugs out of fear that they would increase my paranoia or rob me of my creativity. My antipsychotics and supplemental medications afford me less paranoia and an open avenue to my artistic self.

After the recent death of my brother, I began having trouble sleeping and a growing dependence on junk food and sugar, only serving, unwittingly, to increase my levels of anxiety. I tried to become more involved in community, but it did little to impede my feelings of social awkwardness. As a result, I started having thoughts which I was certain were being inserted into my mind. Soon I was hearing voices. I started seeing things, like the floor lighting up underneath my every step. Whenever someone would ask me how I was doing, I would respond with the answer from the old Magic 8-Ball: “It is uncertain.” But I want that to change. I need certainty in my life. I need my routines and rhythms reestablished. They help me maintain stability.

An athletic friend of mine is helping me with some dietary changes. Next week I go in for my monthly antipsychotic injection, and a visit with my psychiatrist the week after that. I’m scheduling dates for breakfast and book studies, and taking walks through the forest near my place. Practicing self-care on all fronts can only benefit me in the long run. 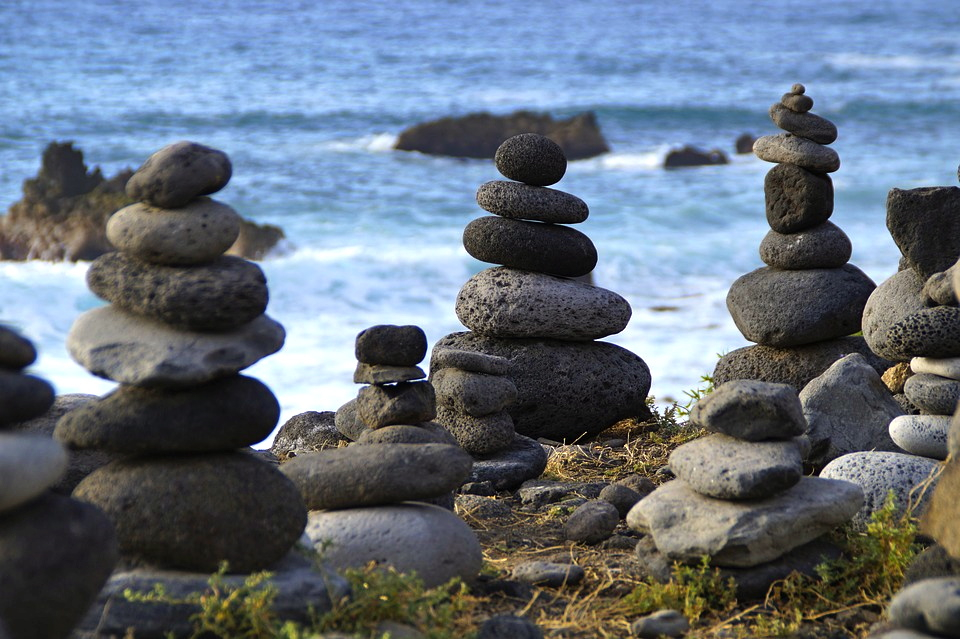