I don’t want to be normal. I want to be stable. It’s the difference between being in denial or living in acceptance.

To me, normal looks like the lives I see being lived all around me, and that’s not a bad thing. People go to school, get jobs, and build careers. They fall in love, get married, raise a family. They’re involved in community and care for their elders. There’s a level of success, something to aspire to.

Stability is about keeping my perspective focused, acting on what is commonly adhered to as real experience, rather than the confusion I more regularly come up against. My dictionary offers this definition of stable: “sane and sensible; not easily upset or disturbed.”

I don’t blend in very well, but not for lack of trying. There’s something odd about me, from what I’ve been told. Maybe it’s the way that I walk, or that I stare through the floor when I’m talking to people. Maybe it’s the way that I speak in fragmented phrases with long, pregnant pauses. More likely it’s the content of my communication, or in some cases the context. I come across as disjointed or vacant.

When I’m not well, I slip into word salad whenever I try to express my thoughts. Word salad is defined as “a confused or unintelligible mixture of seemingly random words and phrases, specifically [in psychiatry] as a form of speech indicative of advanced schizophrenia.” And there it is. Not exactly sane and sensible. Definitely not normal.

Since grade school I have tried to be normal, to do normal things, to act and speak normally, but to little or no avail. As a teen I was awkward and shy, not outgoing and gregarious like my siblings. After my first breakdown in college, I found it increasingly difficult to maintain anything like societal norms. The further I got into adulthood, the farther away from normal I became. I lived in a twilight of delusion and fear. What seemed to most to be imagination was for me reality.

I went undiagnosed for a long time. I didn’t know or believe that I had a mental illness, although the possibility had crossed my mind. Perhaps I was, like so many artists before me, eccentric and volatile. The way I lived would certainly attest to that.

After college I started drinking to quiet the voices outside my head—voices no one else seemed to hear. I stopped answering my phone and the knocks at my door, afraid that authorities were pursuing me for nefarious crimes I hadn’t committed. I had few friends, and the ones I did have, I was suspect of. In hindsight, I wonder if they were ever really there.

Since receiving my diagnosis of paranoid schizophrenia, I have tried in vain to be normal. It’s a lonely place for me. I attempt to relate to other people, but the things that come out of my mouth just complicate matters. I can’t initiate a conversation, let alone participate in one normally. The ideas I attempt to communicate seem obscure at best. I see myself as “other,” and often respond as such. I dress like the laundry won a bet. I make a grocery list and get lost in the supermarket. The only place I can carry out linear thought is in my writing.

Perhaps I’m too self-critical. Maybe the outside world doesn’t expect anything of me. Maybe my being awkward comes across as shyness, or for all I know it’s the other way around. What used to sound like creative ideas now sounds like the blathering of a fool. My faith in love has been swept aside for discouraging self-talk and shattered dreams. That can be normal in adolescence, and might be par for the course with mental illness, too, that one never grows past the days when their mind first showed signs of unravelling. I experienced some challenges in childhood that I still struggle with today, experiences which, while not uncommon, were certainly not the norm. Therapy is helping me find my way out of those woods.

Stability is subtle. If you knew me when I was sick and struggling, you’d see enough of a change in me today that I might appear normal. Not pretending to be normal to blend in, but less awkward, less preoccupied, more present. That’s what I want, to be free to be mentally ill and still be a part of the landscape of human connection without the pretense of convention. I won’t be open to acceptance from others until I allow myself to be integrated and whole. Medicine helps with social equilibrium, but it isn’t foolproof. I need to be comfortable in my own skin, and that’s a trait that I need to cultivate on my own. 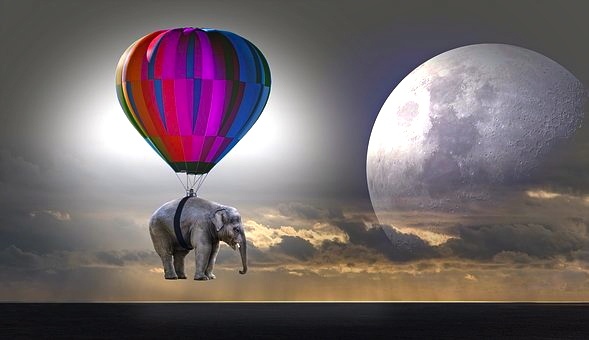