Without intervention my thoughts become concretized. “What if?” becomes “What is.” That shift could be the sideways logic of my schizophrenia, my OCD, or my eating disorder, depending on the circumstance. Even medicated this occasionally happens. I experience something—anything—and the idea becomes a catalyst for unconsciously distancing myself. My mind is continually creating an existential puzzle, the solution to which will invariably leave me under yet another layer of loneliness.

And how could it not be lonely? Let’s say the two of us see a shadow in the alley. To you it’s just a shadow, but to me it’s attached to a demon. I would avoid passing that way again because demons are not to be trifled with. If I attempt to explain to you that there was a demon, you will try to convince otherwise. I’m acting in a way that seems sensible to me; I don’t want either of us to get hurt. So we never walk that way again, and possibly never walk anywhere together again because of my fear of hellspawn. I keep my nightmares to myself, but appear despondent or aloof. We drift apart or we don’t, but the friendship’s tainted by the fear of monsters.

A couple summers back, I was visiting friends at their beach house and caught a news feature on summer safety with a focus on pests, specifically, ticks. In places like Cape Cod and Boston, ticks were in record high numbers that year. Ticks spread Lyme disease, an inflammatory illness characterized by flu-like symptoms, and possible neurological and cardiac complications.

On the ferry home that evening, I began to ruminate on the news story and had soon convinced myself that ticks were everywhere. If they could be on the beach, they could be in the park. If the park, then the front yard. My roommates did some research for me in an attempt to illustrate the truth about ticks, but no matter what they found, I was convinced that I was doomed to contract Lyme disease. Of the thirty-thousand cases reported annually nationwide, only three of them are accounted for in my home state, and only on the eastern side in the more desert-like climes some three-hundred miles away.

The stats didn’t phase me. I avoided exercise thinking that ticks could catch my scent. I skipped summer hikes with my friends. It took months before I was willing to be outdoors for anything more than catching a bus to my therapist’s office. Ticks had infested the entire city, or so I believed. Information-based notion, concretized.

Time has helped me deal with the tick issue, but it still surfaces when I see an insect depicted on a health alert poster like the one in my building’s lobby regarding bedbugs. For my own mental wellbeing, I covered the poster with a flyer on fire safety. But I still remember the magnified photo of the bug, and I get squirrelly whenever I pass by the notice. The nursery rhyme comes to mind and I’m stuck with it playing on a loop. If in a song, then on my skin.

Even though my doctor assures me otherwise, I believe that I’m fat and will die of a heart attack. A side-effect common to each of my meds is weight gain due to an increase in appetite and a decrease in metabolism. The obvious solution to prevent gaining extra pounds would be a sensible diet and regular exercise. I used to walk six miles or more each day. Today I abstain from my regimen of walking because of reports of overweight people dying of heart failure during strenuous exercise.

I once saw a man keel over in a gym, clutching his chest and sweating profusely. It was a frightening visual. If I was no longer slender, would I be a candidate for cardiac arrest if I worked out? I know I should lose a few extra pounds, and I’ve experienced firsthand that exercise works, but that portly gentleman on the treadmill died and so will I, should I exert myself. I’m caught in a quandary. Exercise is the solution to my weight gain problem, but if I so much as take a short walk through the neighborhood, I run the risk of dying. “What if?” becomes “What is.”

My anti-anxiety medication helps curb the delusions and compulsions to some degree. Since my meds were adjusted a year ago, I have found that I am controlling the “what if/is” symptoms much better. Therapy has helped me construct a third-person perspective on them as well. I can sometimes step outside my situation as it’s happening and see things for what they really are—shadows, demons, and all. That’s not to suggest that the “what ifs” never get me. When I’m caught off-guard they can still cloud my reality and inform my decisions. I protect this secret life I hide, these paranoid thoughts that I suffer through from time to time, the earmarks of a schizophrenic. 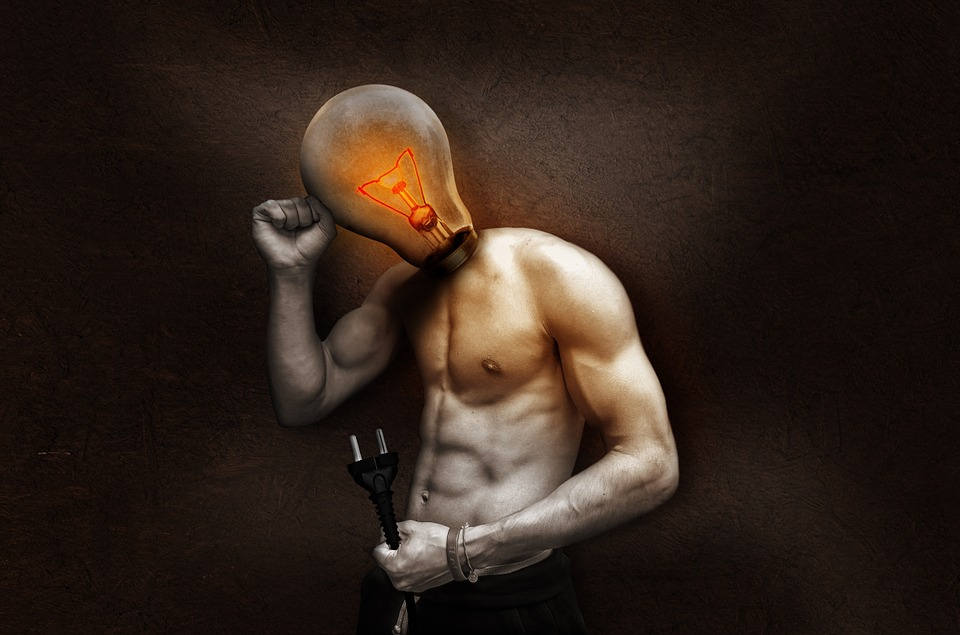