Shouting. There was shouting at the corner halfway between my therapist’s office and the coffee shop. I was downtown for my weekly session when I heard a man shouting at passersby. I’d seen him before at the corner just outside the hotel, but not for a while. I bristled at his use of ethnic slurs and vulgarity, but not so much that I’d contact the hotel staff.

He singled me out and started shouting at me while I was in the crosswalk approaching his corner. He held a sign with racial epithets written on it. He accused me of being a bigot although we hadn’t interacted. I hadn’t even opened my mouth to speak. He yelled at me, demanding that I give him money. I’d forgotten about the single in my wallet, so I told him I didn’t have anything. He ordered me to go to the ATM and get him a twenty. He continued to harass me. I remained calm. His temper flared. He tried even harder to goad me into confrontation.

I started to walk away, but didn’t. Instead, I offered a handshake, but he wasn’t having any of it. He spat out his final insult at the precise moment that I reached into my pocket and produced my wallet. I had planned to show him that it was empty. I was surprised to find a one dollar bill nestled in the crease. I pulled it out and offered it to him. He didn’t acknowledge me. Instead, he let fly with a string of ugliness as I was turning to head down the street. His body was tense and he was sweating profusely. I’d been even-tempered the entire time, partially afraid, partially dumfounded, but I’d had enough verbal abuse. I opened my mouth to speak. What came out was a roar.

He became very still. Heart pounding, I continued to shout.

“I’m not some rich jerk ignoring you! I’m not a bad guy! I’m just trying to deal with all the aggression! It’s too crowded!”

I could feel myself beginning to fragment. I tried to keep it together.

I had no idea what had come over me. I’d just yelled my life’s story to a panhandler as sincerely as I could. I wanted him to understand that I wasn’t his enemy, that I could be trapped in my own private hell. I breathed deeply once or twice to get some air back into my lungs. I turned yet again, walking back up the sidewalk to his cardboard box. He wasn’t there. He’d moved away from his spot. When he came back he had a remorseful look on his face. His eyes were those of a man offering solace after creating so much tension.

This time he spoke in a quiet, more self-assured voice, the curses and racism absent from his speech. Instead he said, “I’m sorry. I had no idea. I just prayed about my actions and I feel ashamed. I am so sorry.”

Confused, I listened intently, trying to put aside the anger that he’d leveled at me. I could sense that he wasn’t going to explode again.

“I prayed and the answer was to be kind to a man with schizophrenia. I judged you unfairly.” He took a beat.

“Do you take medication?” he continued. “I take Abilify. I have schizo-affective disorder. Are you on medication right now?”

I told him about my monthly injection and the daily oral meds I back it up with. He asked me about other medications, listing ones that I’d taken, some I hadn’t. We talked about side effects, commiserating on the medical missteps in our different psychiatrists’ attempts to find just the right combination of meds to keep us stable. We shook hands. There were smiles. There was an unspoken bond between two strangers.

I saw him again the following week at the same corner. This time he was not shouting, he was smiling. He’d changed his placard to read “Have a great day!” He immediately recognized me and approached me, hand outstretched. The first thing he said was, “I’m glad to see you this morning! I wanted to apologize again for all the mean things I said last week. My name is Jerry,” and his smile broadened. I told him I was Henry.

“I missed my medication last week,” he said. “I get mean when I don’t take it. Did you take your medication this morning?” I told him yes, first thing. He let my hand go and gave me a hug. I think we’re going to be friends. 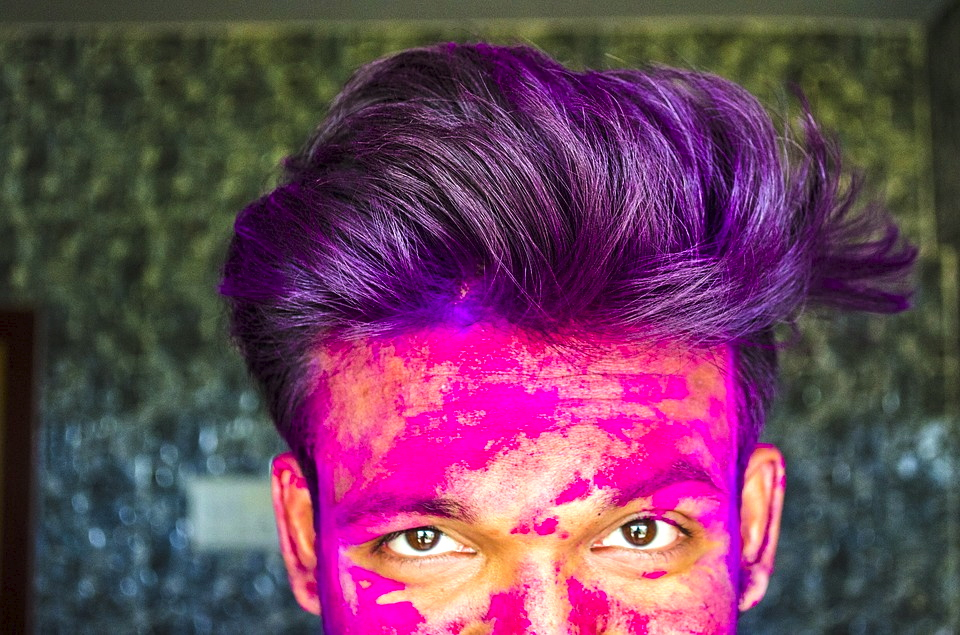