I was on my way to meet a friend at the waterfront park. I leaned against the railing above the canal, waiting as a tugboat trudged its way up the locks. The only footbridge had been retracted to accommodate the boat, and halted pedestrian traffic across the watercourse. It was here I found myself drawn to a solitary figure some sixty feet across the way. He was obviously agitated and shouting at the air.

He cursed and pulled his pant leg up, revealing sores that he scratched at furiously. He pulled his socks off and slapped them against the railing, all the while screaming at a person who wasn’t there. He put his socks back on. Then he repeated the process: swearing, rolling his pants up, scratching his sores; the sock-beating, the yelling, the socks back on. There was a stilted rhythm to it, like a broken ballet. There were periods of calm with some crying attached.

A crowd was gathering at the gate to the bridge. Some people pointed at the man, others laughed out loud. I could do nothing but watch while the gates remained closed. I was alone on my side of the waterway and I didn’t have my phone, otherwise I would’ve called for help. As if in answer to my thoughts, three police officers arrived in the park and approached the man. They appeared to affect him positively because his shouting subsided. He put his socks on one last time before leaving with them. Just then the mechanical bridge creaked back into place and the crowd dispersed. I walked to the park and found a bench to sit on while I waited for my friend to arrive.

The man and police walked past me, the man no longer appearing aggitated. He expressed some concerns about a woman who was following them. I looked around and saw no woman. Rather than contest his perception, the lead officer directed the man’s attention to the police car and let him know that they’d be driving him to the hospital. He thanked them for getting him away from the woman he’d been bothered by. He seemed content with the suggestion of the safety of the ride.

I was reminded of a time when I had been in a psychotic state in a public place, a city park next to a lake. I’d been out for a run when I felt my heart skip a beat. I panicked and called my friend, Jeff. I tried to explain to him that I was under surveillance, that robots had infested the park, and that I was having a heart attack. He listened and then spoke calmly, trying to comfort me. He was three-hundred miles away on a business trip. He hung up and called my therapist. Before she rang me, she’d called 9-1-1 and alerted them to my condition. Once the two of us were talking, I explained my situation to her—the cardiac arrest, the robot invasion, the spies tailing me. I cried into the phone that I was worried about being drugged and taken away.

A firetruck and squad car pulled up behind the bench where I sat. The first responders grouped in front of me, strategically stationed between my bench and the lake. An ambulance arrived. Jeff had called a mutual friend and asked if he could keep me company. A crowd had gathered in front of me on the footpath at the lake’s shore. One man held his hand over the eyes of his child. A handful of people were taking pictures of me.

The captain of the responders tried talking me down from my paranoid delusion, but it didn’t take. I was convinced that suicide was my only option, and I told him so. He asked about the friend sitting next to me and I explained that I didn’t know him, he wasn’t a friend. I believed he was a clone. I wanted to hit him to scare him away. That was all it took.

I was terrified. I wasn’t acting out in a violent manner. But with that one honest statement coupled with an admission of my suicidal thoughts, I’d technically become a threat to myself and another person. The police stepped in to calm me down as two nurses strapped me to a gurney and loaded me into the ambulance. I was administered something for my anxiety as we drove to the hospital.

People were called. They did their jobs. No one was mean to me. I was not ridiculed. No one hurt me. I was treated with respect. They all did their best to see the world from my vantage point as I explained myself through word salad and a veil of tears. Not everyone who interacts with the authorities has a positive experience like the shouting man or myself had. Maybe we were just open to it, I don’t know. Perhaps mental health advocacy and sensitivity training are changing the landscape concerning how mentally ill individuals are treated. I’d like to think so. 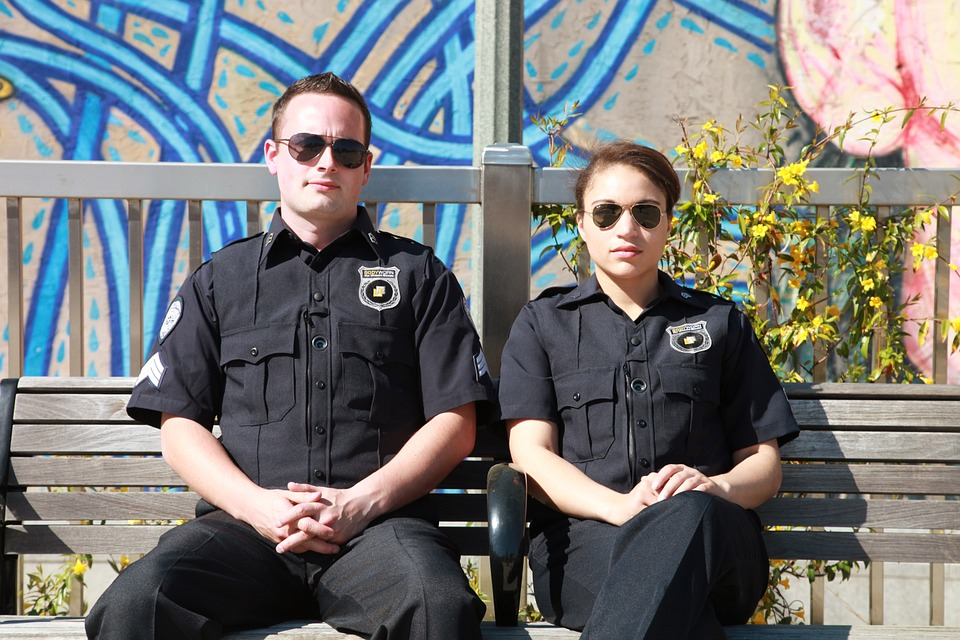