When There’s Stigma Among Friends

Over breakfast with my usual crew, conversations can vary widely. With as many as a dozen of us in attendance there’s bound to be something said that will prick up your ears. One such conversation involved a few friends who’d attended a meeting the night before. The event’s speaker related his story which they thought was disjointed and abstruse as he shifted rapidly from one topic to another. They couldn’t make sense of anything he’d said, and found it amusing. As they related their story, more of the morning’s diners payed attention to the comedic repartee.

Discussion of the speaker’s talking points continued into the parking lot after breakfast was finished. I was the last one to leave. I found myself at the outer edges of the group, listening in as they made their observations. As the conversation was winding down, one of the guys asked another, who had experience working in a psychiatric unit, for his professional sense about the evening’s speaker. The answer came quick, and matter-of-factly.

Unexpectedly, peels of laughter followed. I cringed, as did my friend who works at one of the state’s most prominent mental health hospitals. We said our goodbyes and made our way to the car. I was asked how I felt about the morning’s conversation and the response the group gave after hearing the health professional’s assertion. I responded: “I felt hurt.”

These guys have known me for over a decade. They’re aware of my diagnosis. They’ve read my blog. On more than one occasion they’ve visited me in the hospital when I was recovering from a psychotic break. I would have expected a more compassionate response than uproarious laughter, but there I was, standing outside the circle of friends, while a diagnosis common to a few people we all knew, including myself, was reduced to a punchline. Their laughter felt punishing, like I was somehow invisible, like my feelings didn’t matter. Like schizophrenia was a joke.

I tried to consider the commonality that binds our culture together when presented with something that we don’t understand: we laugh. Granted, it’s a nervous laughter, but it’s there to be either interpreted at face value or taken in stride. We get uncomfortable when comedians touch on taboo subjects, the minimization of others we deem privileged or downtrodden, two opposite ends of the spectrum, one we wish we had, the other we’re terrified to consider. So we laugh to relieve the tension. The endorphins make us feel better about ourselves. It’s simple science. Regardless, that doesn’t excuse making fun of people, especially your friends, intentionally or otherwise. There’s no call for it. It’s hurtful.

But I didn’t speak up. I didn’t advocate for myself. I froze.

I felt ashamed, outcast, undeserving, a cipher. For all the strides I’ve taken in my recovery, for all the work I’ve put into finding stability, I thought perhaps, that they didn’t consider my illness to be a hinderance, but instead, something I’d overcome. Except that can’t ring true when I consider that schizophrenia is a persistent and debilitating, chronic mental disorder. It’s origins are in one’s DNA. There is no cause and effect, and no cure. It’s highly misunderstood and feared, due in part to media misinformation and general laziness on the part of the public.

The culture has made some progress in the understanding and acceptance of others, but in matters of mental illness it lags behind. There still aren’t enough beds, still isn’t enough training, affordable medication and therapy, to help the many schizophrenics lost to the streets and left to fend off the demons in their minds on their own. I know this firsthand, so I talk about it.

Under most circumstances, I advocate for fair treatment, acceptance, and parity. But I was so blindsided that morning that I lost my footing. I couldn’t respond. I couldn’t react. I only felt alone. These are my closest companions, a collection of unique personalities that I’m otherwise proud to call friends. So I plan to brave taking each one of them aside and sharing my concerns with them. I feel it’s necessary in order for me to continue being friends with them. These are friendships that I value, so there’s a purpose to advocating that’s singular in nature. If I can get one person to be mindful of how their words and actions affect another, then I’ve not only moved one puzzle piece forward in the struggle to become accepted, I’ve also managed to salvage a friendship and laid groundwork for a more respectful adventure together. 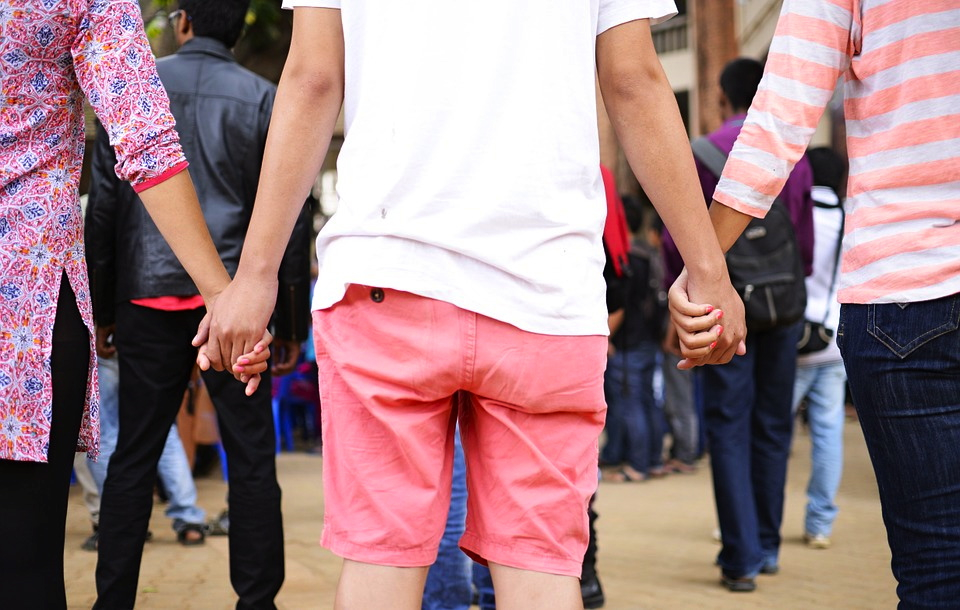