Psychopathology: My Back Pages

A friend of mine is concentrating her graduate studies in drama therapy and is currently assembling a seminar on schizophrenia. When asked if I would like to contribute, I happily obliged. She wanted an excerpt from my unpublished manuscript to read in her presentation, so I opened up the file and started combing through it, searching for an excerpt that would most accurately convey my lived experience. I read cover to cover, so to speak, and was struck by one immutable fact: I’ve been through many harrowing experiences over a lifetime of mental illness, from early childhood trauma to full-blown psychosis in adulthood.

It’s been a while since I delved into my memoirs; it seems I can’t escape my past. Vignettes of the extreme points of my various diagnoses form the backbone of the narrative. As I read through the book, looking for an appropriate section for my friend’s exercise, I came across many pivotal points in my mental illness journey. Narrowing it down to one singular and salient example was a task, teasing out the perfect passage that described the lived experience of schizophrenia. I settled on a scene from the summer of my senior year in college when I lost my mind. It was the first of many such experiences, disorienting and terrifying.

In the days and weeks leading up to my breakdown, I’d been experiencing auditory and visual hallucinations, although I didn’t have the knowledge or the language to describe them to myself or another. I did what any person suffering from psychosis would do—I accepted those hallucinations as reality. I couldn’t comprehend the insistent voices that I’d been hearing, continuously commenting on my every thought and action. I’d heard voices as a child, likely due to psychosis borne of acute anxiety and OCD, so they seemed familiar, almost commonplace. Until that point, they hadn’t been condescending much, nor threatening. This day was different. I was the target of an onslaught of aural nonsense designed to destabilize me. My thoughts shattered like so much broken crystal.

I’d spent the day in my studio, working on a painting and listening to music, when the lyrics of one particular song merged with the meteorological effects of a brewing storm and the subjects of my painting to create a nightmarish mental environment. My girlfriend came home to find me curled up in a corner of the studio, weeping and shouting at the apparitions trapping me there. She drove me to the small town hospital under duress as my hallucinations gained the upper hand and threatened to dismantle me completely. I was prescribed an antipsychotic medication at the hospital and sent home, expected to recover from what the doctors probably assumed was a bad acid trip. Residual delirium continued into the following days as the prescription ran out.

I never fully recovered. The experience left a lasting impression on me, the visions and voices a perceived reality that I responded to as gospel. The side effects of the medication had left an indelible stamp on my psyche as well, prompting me to adamantly oppose the use of any pharmaceutical intervention whatsoever, a stance that I held to until just two years ago, after an equally substantial psychotic break interrupted my life. My delusion was that taking meds would somehow initiate more hallucinations, and diminish my creativity, thereby setting me on a path toward sloth. I wasn’t having it. Better to suffer than be subjugated. Errant thought, but that’s schizophrenia. That said, I did start taking meds about four years ago, but gave up on them when they caused me to become complacent and forgetful. In years prior, I had a PRN that I took whenever I was having a panic attack, and that did seem to help, but it wasn’t enough to persuade me to become med compliant. I’d pick up a prescription and immediately flush it down the toilet when I’d get home.

In late summer 2017, I started to feel the world slipping away from me. I was experiencing intrusive thoughts and felt powerless to stop them, so I checked myself into the ER. It had been a long year, filled with sorrow, anxiety, and regret. What naturally followed was psychosis. I was moved from one psych ward to another, getting medicated in each according to the test results of the various psychiatrists. In the last, a dedicated mental health hospital, my medications were dialed in and work to this day.

I’ve come a long way from that breakdown in my senior year. I have a therapist, a psychiatrist, a case manager, and some genuine, trusted friends. I’m on a daily regimen of meds and I receive an injection once a month. I am managing my illness in ways that I’d never dreamed possible. 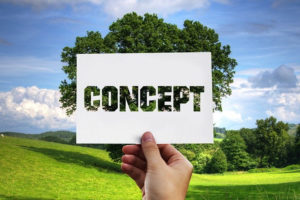