From the time I was a very young child, anxiety has dominated my life, being a significant component of my diagnoses of OCD, agoraphobia, and PTSD, to name a few. As a paranoid schizophrenic, I am plagued by fear.

Anxiety and stress took their toll on me as I was growing up. I experienced nighttime incontinence well into my teens. I suffered extreme bruxism until I had to have most of my incisors replaced. I dreaded going to bed. The bad dreams never stopped.

Psychosis is its own nightmare. Anxiety exacerbates it. Auditory and visual hallucinations brought on more stress, and with them, panic attacks. My quality of life deteriorated as the occurrences of panic increased. The smallest twinge could set me off, and I’d be racing to the ER, either by friend or ambulance, which got expensive on both counts—one for the pocketbook, one for the friendship. The results were always the same, too—despite the delusion that I was having a heart attack, I was always in good physical health.

Anxiety disorders are the most common mental illness in the United States, affecting 40 million adults age 18 and older. The cause of anxiety disorders is thought to be a combination of risk factors, including genetics, brain chemistry, and life events. Anxiety and depression run in my family. Both parents brought mental illness into the genetic mix. My siblings all struggle with their own diagnoses. Thankfully we can talk with one another about it.

My anxiety is through the roof. Left unchecked, it’s a tsunami of emotion. I’m prescribed an anti-anxiety medication at the maximum dosage, yet some things still get past the pharmaceutical firewall. To cope, I depend pretty heavily on my therapist.

There were times when my mind met itself at the crossroads between delusion and anxious thought, like when I was convinced that nothing existed outside my apartment door, that the hallways weren’t there, that I was stranded in my home like a shipwrecked sailor. The ensuing panic and anxiety were woven into the fabric of my psychosis. My delusions all came with their own rules and bylaws. I had to obey, lest I upset the continuum, or at the very least, my friendships.

Anxiety took its toll on my physical health, too. The aforementioned bruxism caused me no end of anxious thought. A night guard helped protect my chompers after the oral surgery required to salvage six stubby, little, worn down teeth, and protecting them became a full-time occupation. I would lay awake nights, unable to relax enough to sleep. When I did find rest it wasn’t the sweet dream-fueled deep relaxation many experience—it was a physical manifestation of the dental nightmares that grinding my teeth afforded me in those wee hours.

I started drinking to quell the memories and ordeals of my childhood, and to dull the tension in my jaw. Self-medicating in this manner was ultimately of no use, as I became dependent on alcohol. Anxiety dogged me down the weary road to recovery, but it took a while. Therapy helped immensely during those early days of finding my way back. The discovery of schizophrenia only complicated matters.

My dad died around the same time that I learned of my diagnosis, and I went into an anxious state. Without my father, where would I be? On my own with my racing thoughts. Alone and bewildered, I did my best to talk about it in therapy, but it wasn’t much use. I had taken the position that medication was useless, and so for many years was med-noncompliant. It wasn’t until years later when an understanding psychiatrist prescribed anti-anxiety medication for me that I was able to see a pronounced effect on my typical response of tension in all aspects of my life.

Being more at ease now in my medically induced Zen garden, it’s especially unnerving when fear, worry, or panic, poke through like dandelions in my otherwise serene setting. I try not to worry about finances; I have an app that helps me account for them daily. I maintain my physical health which affords me cohesion, body and soul. I engage in activities that keep me focused on the present and I try not to wander from the center. That was always difficult for me due to the fractured thinking of schizophrenia. If my mind broke off into different thoughts it would try to concentrate on each of the disparate notions, worrying about every one of them until I was exhausted. My racing mind, swirling in anxiety, was the proverbial tiger chasing its tail. I lost my grip and my mind. But I’m better now. I have coherence. I had been afraid to take meds, and I worried that I was lying to myself in therapy. I was wrong. This is better. I can smile. 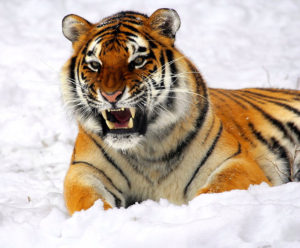