What Comes Next Now

Almost everyone has had the experience of walking into a room and forgetting what they went in to get. That tiny slice of momentary bewilderment is not dissimilar from amnesia, a partial or total deficit in memory. Another example might be the disorientation many experience after being in surgery and dealing with the effects of sedation.

In the movies, profound amnesia is a common cinematic trope, though most instances of amnesia presented in film bear little resemblance to the real world. Loss of identity and personality seem to follow loss of memory; that’s where the screenwriters play with the truth.

A friend of mine was going through an extended period of major depressive disorder, and underwent electroconvulsive therapy (ECT) as an intervention. She understood the effects of ECT on the brain, specifically cognitive impairment and the possibility of persistent or permanent memory loss. In the weeks and months that followed her ECT treatments, she experienced long-term memory loss, losing life details, and simple things like not being able to remember her PIN, her address, and phone number. She couldn’t recall the fire that burned down her house and many of her possessions.

Adjusting to life in a new city, her depression returned and worsened, so she underwent more ECT and with it experienced even more memory loss. She couldn’t remember where she worked, who her coworkers were. She was afraid her amnesia would worsen as well and that it might be permanent. However, she feels today that her memory is much improved. She drives to work without worry, and she remembers her coworkers and clients.

I’ve struggled with memory issues throughout my life. Having schizophrenia, I deal with a loss of working memory (being able to hold onto information long enough to use it). Following instructions can be challenging. I have trouble keeping in mind what comes next while I’m doing what comes now.

In the spring of 2016 I had to move from my apartment of many years into the basement of a friend’s house. This upheaval brought trauma, and with it, psychosis. At that time, I had been prescribed medication for my anxiety and depression, as well as a mild antipsychotic. I was having trouble controlling my thoughts, especially intrusive thoughts. Despite my antidepressant, I went into a downward state. Mixed with my delusional thinking, notions of self-harm came into play. I called a friend and checked myself into the psych ward.

Once stabilized, I was moved to another hospital to continue rehabilitation. I was given some new medications to control my psychosis. Unfortunately, auditory hallucinations demanded I continue to pursue self-harm, and so was given more medications.

I was discharged from that second psych ward with a variety of pills, each with its accompanying instructions, and, with the help of my housemate, drew up a spreadsheet for scheduling meds. However, with a drug-induced memory impairment, I couldn’t follow the complexities of the timetable. I began taking meds at odd hours, sometimes too many, sometimes none at all, resulting in a pronounced dissociation. To complicate matters, I was still seeing the world through the lens of psychosis.

After waiting two years, my application for public housing came through. I was getting help from my friends and my case manager, and under the influence of too many medications and too much delusion, I finally moved into my new apartment. Within weeks I was experiencing acute paranoia and went walkabout. My friends put a call in to the police to file a missing persons report. After a couple of days I was found a few miles from my place, adrift and unawares.

Returning home, I took up where I had left off, terrified that I was under surveillance and being stalked by demons. I fled my apartment. My friend had been searching for me and found me running along the median outside my building. I tripped and fell against a rockery, incurring a concussion. I was taken to yet another hospital. From there, my injuries attended to, but my medicine issues still not addressed, I was transferred to a mental health facility outside of town. It was here that I received treatment for my psychosis and the cocktail of too many, possibly miscalculated, medications. It was also at this institution that I met and worked with the psychiatric physician who weaned me off that mix of meds and on to another, more workable regimen. He also addressed my memory issues. He spoke directly to amnesia brought on by medications and trauma, precisely what I had just been through. He warned me that some of my memories might not return. I knew that my working memory would always be an issue with schizophrenia, but I wasn’t prepared for an additional layer of memory loss. Still, his words were encouraging.

Many of my memories from those lost four months have knitted themselves back together, but I still have holes, questions without answers. I commiserate with my friend who’s also faced amnesia, and we share about the frustration of those moments lost, seemingly forever. Mental illness can wreak havoc on our memories, but we can learn to live with that. Sometimes it’s like waking up from a dream and trying to reassemble it, never quite having all the components on hand. It’s a challenge, but one I’m willing to face to feel whole, complete, integrated, and stable. 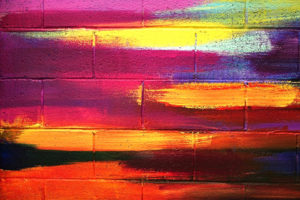