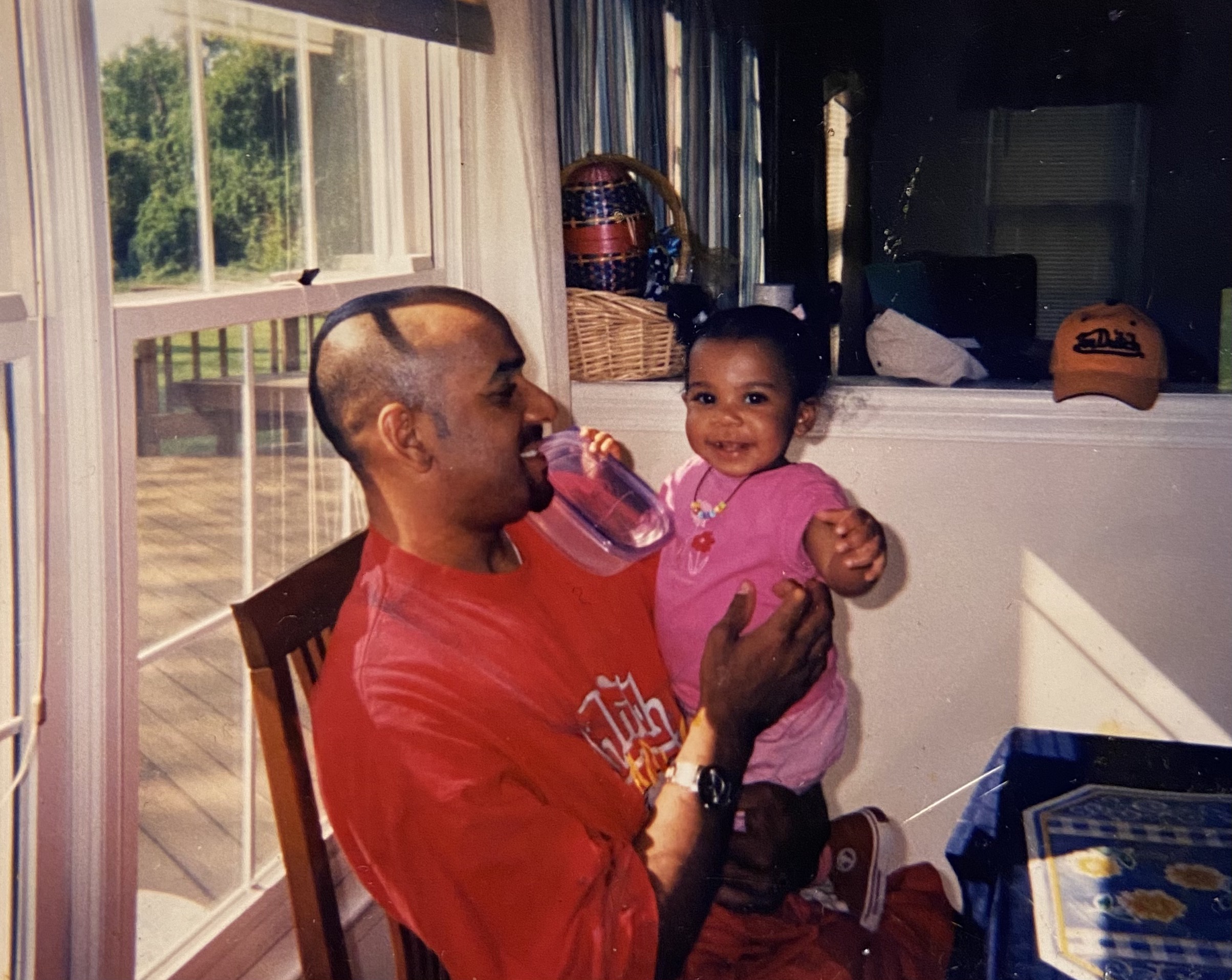 When I was little, my dad was a superhero in my eyes. He was my best friend and I learned so much from him. We had so much fun together and I looked up to him so much. Back then I didn’t even take note of the “odd” things he did such as having entire conversations when no one else was around, coming up with grand ideas in the middle of the night, staying up for days at a time, or picking me up from school early for no reason and impulsively driving from our home in Florida to his parents in Maryland. I thought he just liked to have fun. But as I got older, I could sense something was off. He barely ever left the house and would get aggressive out of nowhere. He would constantly go on “business trips” which in reality were inpatient stays at the hospital. He was officially diagnosed with schizoaffective disorder in 2011.

My first time hearing the words “mental health” was around 8th grade, but I wasn’t aware that I had been exposed to it long before. As a child, part of our development is learning to read facial expressions, tone, and body language to sense how others are feeling. We can tell if they’re happy, sad, angry, tired, etc. I was used to this but I distinctly remember times when I would be around my dad and I felt so confused because his mood was nothing I had ever seen before or learned about in school. Later in life, I would realize that he had been either manic or experiencing psychosis.

We moved back to Maryland when I was 9 because his mental health was quickly deteriorating and my mom needed support from our family. My parents separated and I didn’t get to see him for months at a time because he was in residential treatment centers. By this time I knew he was suffering from a mental illness but I still didn’t really know what that meant. By the time I was in 8th grade, we had visitation with him but it was clear that things were still getting worse. His behavior was becoming more and more erratic. He wasn’t taking care of himself, and he just looked so lost.

In 2018, my sophomore year of high school, he became homeless. He hadn’t been to family events in a while, but people were talking about him more than ever. They viewed him as a failed maniac and not someone who was in need of help, and said so right in front of my sister and I. It really hurt because there were times he would express how lost he was to me, and how scary and intense the voices were becoming. He didn’t feel safe anywhere because he was convinced there were people after him, and everyone just ignored him. They knew he had a problem but viewed it as him not “trying hard enough”, and that in some way it was his fault. That’s when I knew I had to try and change the way people view mental illnesses.

I learned about my school’s Bring Change to Mind club in junior year and went to almost every meeting. My favorite part was when we had a table set up outside of the cafeteria to pass out pamphlets on mental health. People were coming to ask questions and were surprised to hear that mental illness isn’t just “feeling down” and that it affects millions of people.

45% of the American homeless population has a mental illness and at least 25% are severely mentally ill.  By educating more and more people on mental illness, we can draw connections to how it can lead to homelessness or addiction, and have preventative measures become more widespread. My dad is one of the smartest people I know; he has a Bachelor’s degree and is a genius when it comes to plants and gardening. He first started exhibiting symptoms as a teenager but when my grandma talked to his doctor, he told her it would just go away with time. There were opportunities for him to get help early on but because of the lack of knowledge and awareness about mental health, his illness was left untreated for years. Only when things got extremely severe did people start to take it seriously. I love my dad, and he’s shown me that everyone suffering from mental illness deserves to be taken seriously and have access to the proper care and support. I don’t often talk about it but I have also struggled with mental illness and hospitalizations the past 4 years, but he is what has motivated me to keep moving forward and trust both the process and myself. He is so strong, and I want everyone out there to know that they are too.