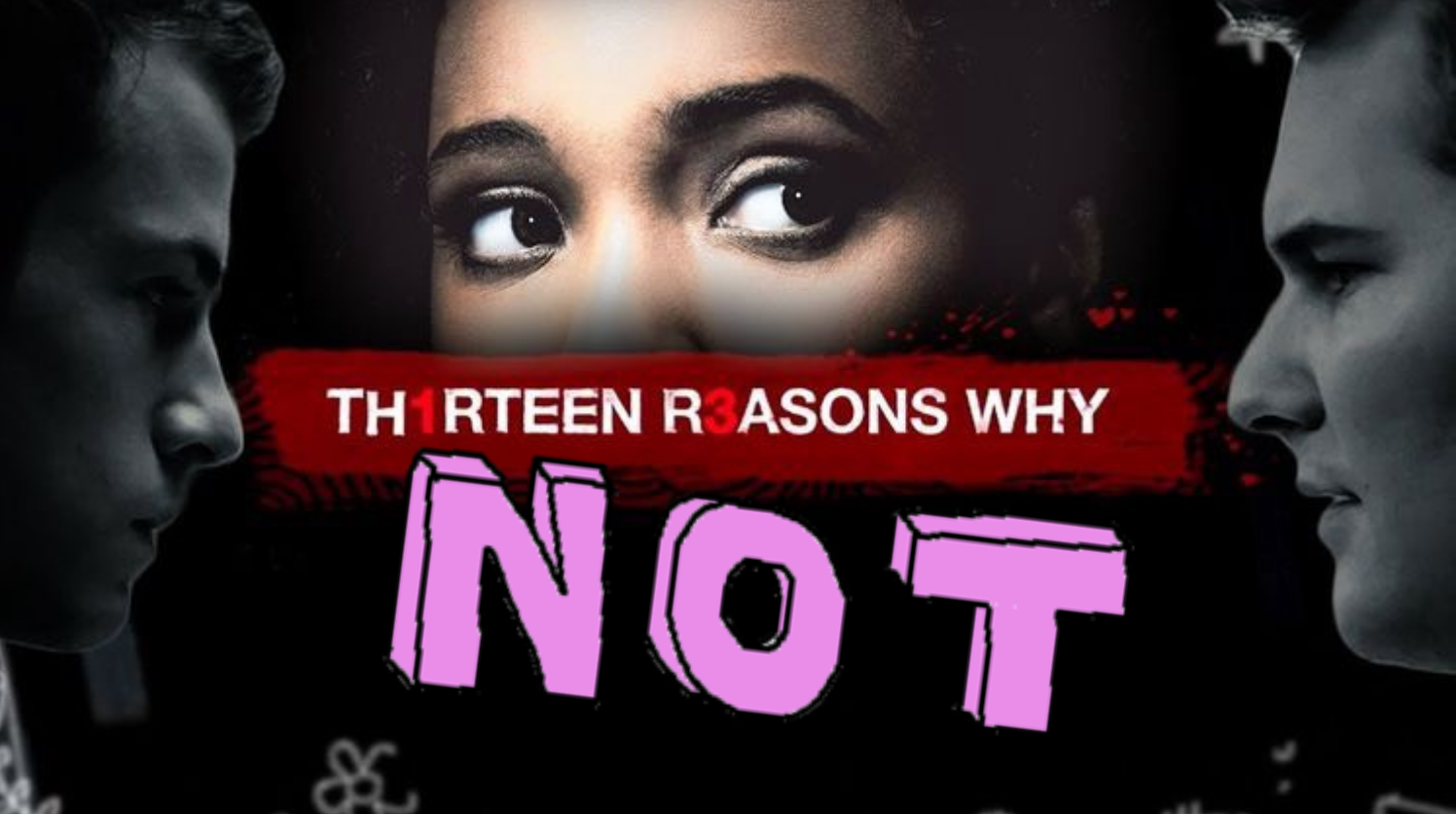 Harmful Romanticization in 13 Reasons Why

Most people agree that romantic comedies glamorize relationships and don’t accurately represent them. However, many individuals also dismiss this fact as such shows are purely intended to entertain. When is romanticization harmful, and factual representation important in the media? When the media addresses sensitive issues that heavily influence viewers’ actions and thoughts, a healthy, genuine depiction is vital. Take for example the Netflix series 13 Reasons Why in which the main character Hannah Baker leaves a series of tapes for others that detail why she committed suicide. Mental health problems permeate the fabric of our society, affecting all our lives, either directly or indirectly. While some may perceive the portrayal of mental illnesses in 13 Reasons Why as a means of amusing viewers, it sends a deleterious message to a young, impressionable audience.

13 Reasons Why perpetuates the idea among viewers that they can’t trust anyone if they are struggling with their mental health. Specifically, it portrays the school counselor as accusatory of the victims, and displays a lack of interest in her suicidal comments. It’s true that some counselors don’t properly address the issues that students face. However, 13 Reasons Why only depicts them in a negative light that deters viewers from seeking help. Witnessing Hannah commit suicide the day after her failed meeting with the school counselor may induce teens to believe that all counselors act like this character. Hence, the series sends a dangerous message that could easily be prevented by cutting the scene out completely. Although some argue this segment is vital to the plot, the importance of spreading mental health awareness in a positive way surpasses that of any story.

Some argue that the producers of 13 Reasons Why have already made great strides in mental health awareness. If this claim was true, then the producers would have weaved more factual information into the storyline. Instead, it seems an underlying purpose to adding the educational “Beyond the Reasons” episode and content advisory warnings is to improve their image by responding to backlash. Some view this as evidence that the producers of the series are acting on ethics and trying to accommodate the audience. However, if they truly felt a moral obligation to address these issues, wouldn’t they ensure that the bulk of their content is authentic? To me, it seems that the producers value the shock factor and publicity 13 Reasons Why receives more than mental health awareness. Putting more focus on education and production of the episodes could effectively spread mental health awareness. Ensuring accurate content in the series will reduce the prevalence of oversimplifications and misinformation among the public. Firstly, they should not include such extended, gruesome scenes like the one of Hannah’s suicide to prevent imitation from their viewers. Secondly, they should demonstrate recovery of the characters with help from trusted adults such as parents or counselors to denounce suicide as a solution to one’s problems. Lastly, more funding could be allocated to promoting resources provided on the site 13reasonswhy.info and producing educational episodes included in the Netflix show itself rather than on the side like the “Beyond the Reasons” episode.

As the most tweeted about show in 2017, 13 Reasons Why has a clear influence on its audience. With such an impact, it would be a waste to cancel the show. Despite the mistakes, the series still has the potential of spreading mental health awareness. By taking advantage of their platform, the producers have the duty of accurately portraying suicidal tendencies in a way that clearly discourages viewers from them.

Recognizing the clear risks in the graphic nature of 13 Reasons Why, it may be wise to read the book which represents the plot in a more digestible manner. For parents, perusing through the novel with children and adolescents allows for a healthy conversation. If this precedent is established and one’s child is struggling, he or she will feel more comfortable in discussing their mental problems with their parents.

As it currently stands, the series 13 Reasons Why, like many others, is dangerous due to its gruesome nature, and false romanticized portrayal of mental illnesses and suicide. In response, we as a society should strive to reduce the stigma in our communities and open conversations regarding mental health. Educating ourselves of the warning signs are simple, but important ways to bring more awareness to our mental health crisis. If we know someone who is struggling, we can refer them to a teen hotline. There are various organizations that aim to create a culture of peer support on school campuses nationwide as well. Ultimately, the level of involvement isn’t nearly as important as being involved, which is something everyone can do.